In this riveting interview with TNC, Nollywood Producer and Actor, Anthony Ogbetere who is popularly known as ‘Big Tony’ shared insight on how he started his acting career, highlighted the movie that brought him to the limelight and also spoke on certain issues confronting the industry. 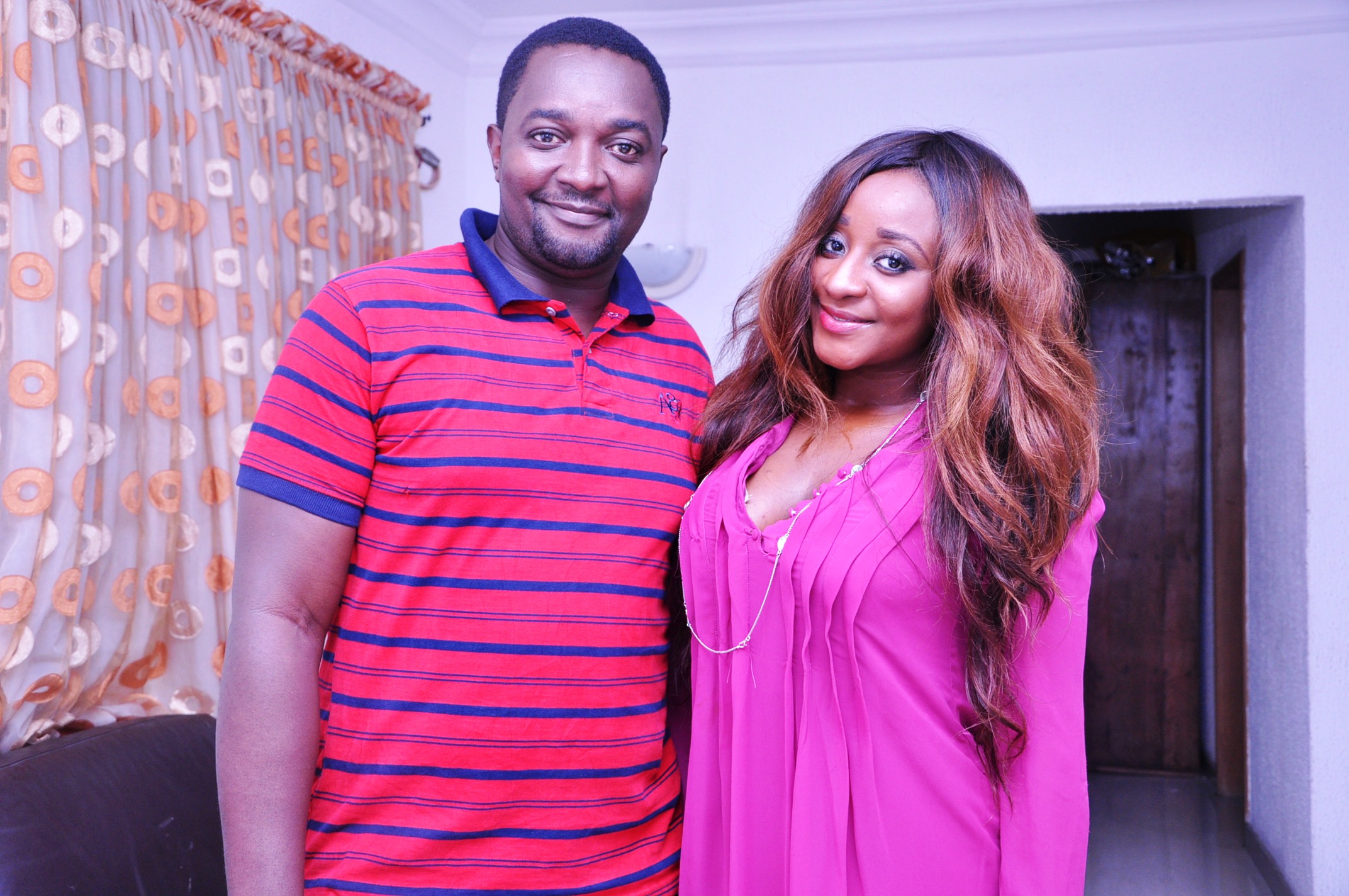 TNC: First, let me congratulate you for carving a niche for yourself in the Nigerian movie industry. Could you please tell us about yourself, early life and growing up?

Anthony: My father was a teacher. Therefore I grew up in a lot of places because every time my dad got posted to a new location we had to move. I have the heritage of growing up in places like Ozoro, Ada, Ofagbe, Ellu, Ughelli and Warri in Delta State.

TNC: Considering the challenges involved in getting into the movie industry, can you tell us how you were able to get into the field of acting? Why did you choose to pursue a career in acting instead of your course of study – Political Science?

Anthony: I started acting and doing stage performances right from the early 80s when I started my secondary education at Notre Dame College, Ozoro. And when I got into the University to study Political Science, the only extracurricular activities that I got involved in were basically acting, dancing and singing on stage. I was a rapper, dancehall singer and dancer on campus. But it was during my NYSC in Yola when I had some superlative performances during the interstate NYSC drama and dance competition that many people started telling me that acting was my calling so to say. So when I moved to Lagos in 1997 I started pursuing a career in acting while I was looking for a 9 to 5 job. I acted for three years before I got employed by ExxonMobil (Downstream) as a Territory Manager. I did nine years with ExxonMobil and came back into the movie industry after having an early retirement.

TNC: Shortly after your debut in acting, you started producing movies –what was the motivation? 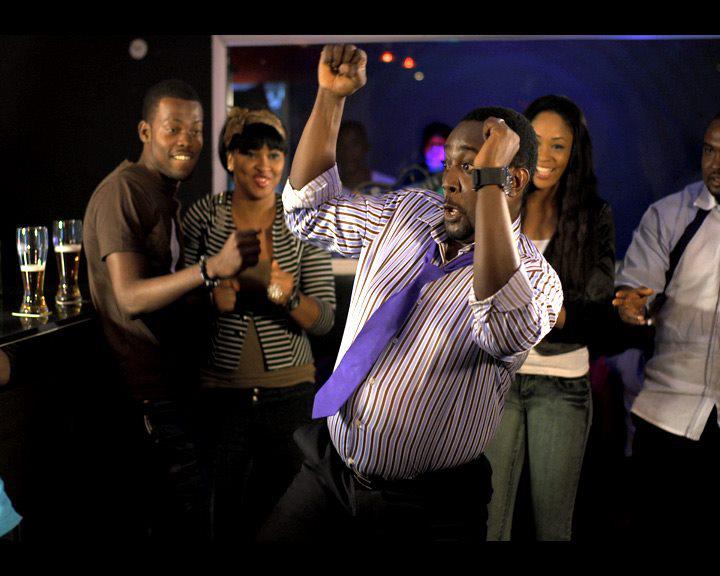 Anthony: I discovered that the industry had cliques. And there was some serious nepotism too. You had to be from certain tribes or know certain people to get major roles. So I determined to break into the industry through my own productions and also create opportunities for others to break in through my platform. That’s how Romena Pictures was birthed.

TNC: In 2001, you produced ‘Dirty Diana’ where you featured Olu Jacobs – how would you describe your experience with him?

Anthony: Olu Jacobs is one of the best artistes anyone can work with. He has one of the best work ethics in the industry. If you tell Uncle Olu that your call time is 8. am, by 7.30 am he is at the location waiting for you. He is the one who advised me to design my productions to reflect the tradition and ways of life of the old Bendel State. That’s why most of my productions always reflect the Edo and Delta backgrounds with the Waffi slang as the mainstay.

TNC: A lot of people applauded your movie, ‘The Prodigal Brother’ where you acted ‘Mudiaga’. You have also noted that it was what gave you a breakthrough into Nollywood in 2003. Can you tell us what inspired the movie?

Anthony: Olu Jacobs advised that I should explore Edo and Delta stories and that was what inspired that story. I wrote the script myself. The purpose was to highlight the beauty of the Waffi slang in comedy. By this time I was working in ExxonMobil full time. But I still loved my movie career. I had five weeks every year as vacation. So I used two weeks every year to produce a movie. Two weeks to travel out on vacation and last one week for Christmas. It was my vacation in 2003 that birthed The Prodigal Brother. That’s the movie that gave me a voice in the industry. Although I was already popular from playing Parker on Beyond Our Dream on NTA network, it was The Prodigal Brother that launched me into many Nigerian homes as a comic actor. It also got me my first nominations for awards.

TNC: You’ve been on very many productions; tell us the one you enjoyed best and why? 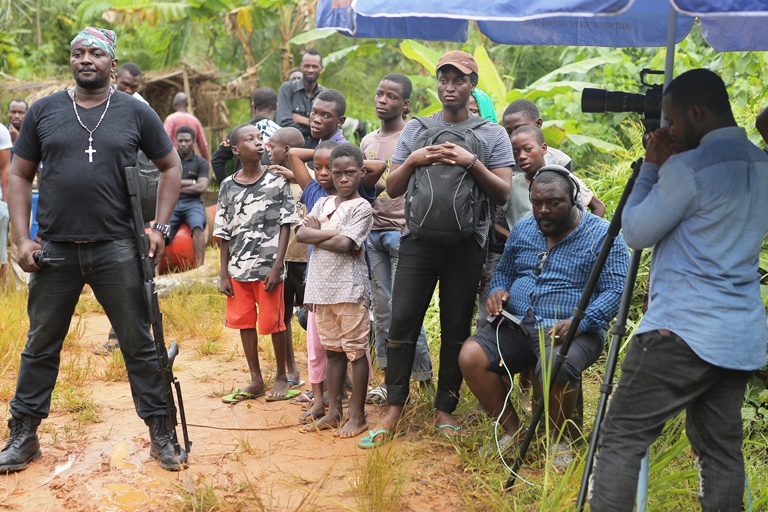 Anthony: In all the productions I have done, David’s Fall stands out for me. Maybe because the Director told me that I was the Al Pacino of Nollywood. You don’t get that kind of accolade from a Nollywood director all the time. So comparing me with Al Pacino made my day during the shoot with Mak Kusare in David’s Fall.

TNC: There is a notion in the public that ladies have to sleep with producers before they can get movie roles in Nollywood. As a producer, how would you react to this?

TNC: Some people have accused Nollywood of portraying Nigeria in a bad light on the International scene because of the incessant movies on witchcraft. What do you say to this? 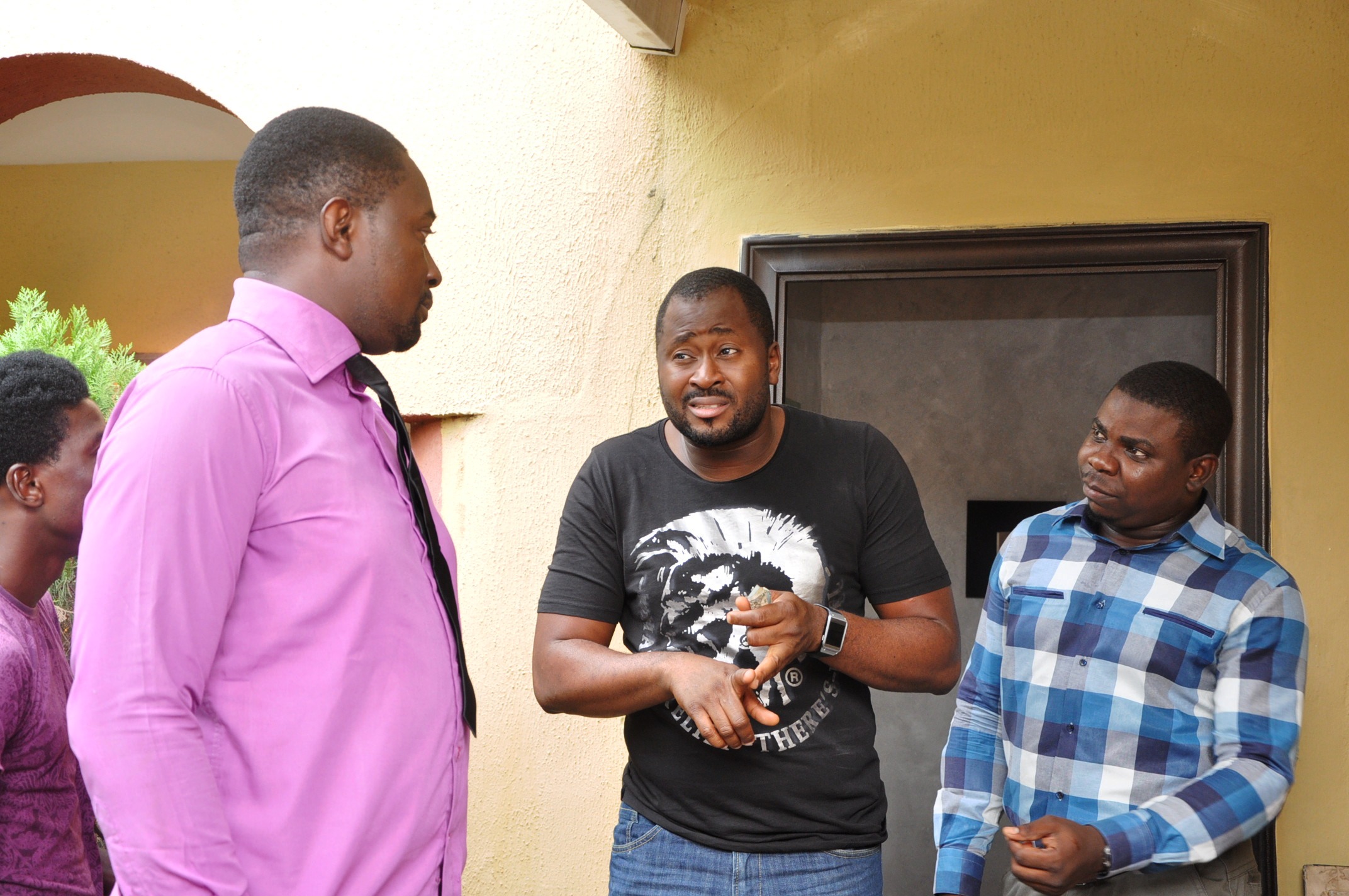 Anthony: Witchcraft movies are a global phenomenon. It isn’t peculiar to Nollywood. Besides every movie industry tells stories based on the peculiar experiences of the society in which they function. Nigeria is a highly fetish society where majority of the citizenry believe in witchcraft and diabolism. So there is no way you’re going to tell stories in such a society without those elements coming in. But that doesn’t mean we cannot moderate it.

TNC: There is also this perception in the public that Nollywood movies are predictable. How can this notion be corrected? If you are given the power to change some things about Nollywood, what will you change and why?

Anthony: Predictability isn’t peculiar to Nollywood either. Hollywood is the number one movie industry and I predict a whole lot of American movies all the time. But I’d agree that we have a lot of gaps to close in terms of storytelling. We do not have too many suspense-filled stories in Nollywood. And that’s because they don’t sell that much. We have had some but they didn’t do well commercially. It appears that majority of our viewers don’t like suspense that much. So it is a demand and supply thing. The day we see an upsurge in the crave for suspense-filled movies, you will definitely see a drift towards that direction.

TNC: What is your advice for upcoming actors and actresses?

Anthony: Nollywood is not a short cut to wealth and fame. It is a full-blown profession. It is a job. Except you have a passion for the industry and you’re ready to treat it as a job, it is better you so not venture in. Most of the upcoming actors that sleep with producers are the desperate ones who see Nollywood as a royal pathway for acquiring fame and fortune.