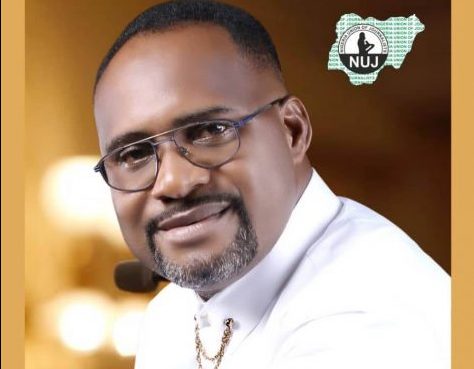 The Nigeria Union of Journalists, Ebonyi State council has condemned in totality what it tagged as the unwarranted arrest of its chairman, Tony Nwizi by armed gunmen in police uniform.

It was gathered that the said armed squad stormed the residence of Tony Nwizi, who is the state chairman of NUJ on Saturday.

The union in a statement signed by the Vice-Chairman, Comrade Benjamin Nworie, in Abakaliki, Ebonyi State capital, demanded the unconditional release of Tony Nwizi.

The statement reads: “We received a distress call from the wife of chairman of the council, Mrs. Joy Tony Nwizi, that armed squad stormed their residence in Abakaliki at about 6:30am on Saturday and whisked her husband, Comrade Tony Nwizi away.

“According to sketchy information given by the squad, the arrest was said to be a directive from the Inspector General of Police over an undisclosed petition against the Ebonyi NUJ chairman.

“The council, therefore, notes with dismay that the gestapo arrest of the chairman in such brazen violation of his fundamental human rights is highly condemnable.

“It’s more worrisome and embarrassing as the sting operation was sketchy to the Ebonyi State Police Command, whose disposition to the incident when some members of the Union visited the command gave no hope on the true identity and purpose of the arrest.

“The unfortunate arrest of Comrade Tony Nwizi is highly condemnable worsened by the fact that his arrest was shrouded by uncertainties as officers on duty at the Area command actually confirmed that the armed squad refused to identify themselves or present warrant of arrest.

“This ugly development fueled suspicion that it was a clear case of abduction.

“Ebonyi State Council of NUJ condemn the gestapo arrest of our chairman, Comrade Tony Nwizi and therefore call for his immediate release,” the statement added.