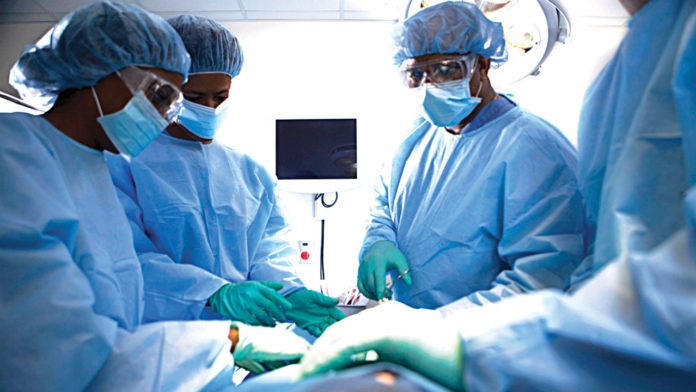 A new computational analysis is suggesting that a vaccine or medication that could shorten the infectious period of COVID-19 may potentially prevent millions of cases and save billions of dollars.

The study was led by Bruce Lee along with colleagues in the Public Health Informatics, Computational, and Operations Research (PHICOR) team headquartered at the CUNY Graduate School of Public Health and Health Policy and the Lundquist Research Institute at Harbor-UCLA Medical Center, and publishes in the open-access journal PLOS Computational Biology.

But in Wuhan City, China, the first place to report COVID-19 in the world, between December 2019 and May 2020, the city caused nearly two-thirds of all COVID-19 cases in the country.

Now, researchers reporting in PLOS Neglected Tropical Diseases have tested more than 60,000 healthy individuals in China for SARS-CoV-2 antibodies and concluded that thousands of Wuhan residents were infected with asymptomatic cases of COVID-19 after the infection was believed to be under control in China.

Rapid antibody tests are used to diagnosis present and past infections with the SARS-CoV-2 virus that causes COVID-19; positive IgG antibodies suggests a previous infection while IgM antibodies mean a current or recent infection.

Detection of both types of antibodies can give a better understanding of the number of asymptomatic infections in a population over time.

In Wuhan, the number of COVID-19 cases peaked in February 2020 and the city was initially declared to be free of disease in late April, although small clusters of cases appeared in later months.

In the new work, Xue-jie Yu of Wuhan University, China, and colleagues studied the prevalence of IgG and IgM antibodies in blood samples collected between March 6 and May 3, 2020, from 63,107 individuals in China. All people tested were healthy and were undergoing screening before returning to work.

Consistent with a large number of cases having occurred in Wuhan, the percentage of people with positive SARS-CoV-2 antibodies, about 1.68%, was significantly higher than in other regions of China, where antibody positivity averaged 0.38%.

Moreover, according to the IgM positive rate of 0.46% in Wuhan, the researchers estimated that thousands of people in Wuhan were infected asymptomatically between March and May 2020, when there were not clinically reported cases of COVID-19.

“We conclude that… a large amount of asymptomatic carriers of SARS-CoV-2 existed after elimination of clinical cases of COVID-19 in Wuhan City”, the researchers say. “Avirulent SARS-CoV-2 strains may still cause symptoms in extremely susceptible individuals and it may also revert to a highly virulent strain to reignite the epidemic of COVID-19 in China.”

To clarify the potential value of shortening the infectious period, Lee and colleagues created a computational model that simulates the spread of SARS-CoV-2, the virus that causes COVID-19. They used the model to explore how a vaccine or medication that can reduce the contagious period might alleviate the clinical and economic impact of the disease.

The simulations suggest that reducing the contagious period by half a day could avert up to 1.4 million cases and over 99,000 hospitalisations, saving $209.5 billion in direct medical and indirect costs—even if only a quarter of people with symptoms were treated—and incorporating conservative estimates of how contagious the virus may be.

Under the same circumstances, cutting the contagious period by 3.5 days could avert up to 7.4 million cases. Expanding such treatment to 75 percent of everyone infected could avert 29.7 million cases and save $856 billion.

These findings could help guide research and investments into development of vaccines or medications that reduce the infectious period of SARS-CoV-2. They could also help government agencies plan rollout of such products and provide cost insights to guide reimbursement policies for third-party payers.

“There may be a tendency to overlook vaccines and other treatments that don’t prevent a COVID-19 infection or cure disease”, says Lee. “But this study showed that even relatively small changes in how long people are contagious can significantly affect the transmission and spread of the virus and thus save billions of dollars and avert millions of new cases.”

“This study shows that vaccine and medication development efforts for COVID-19 should focus on the impact to actually help curb the spread of the COVID-19 pandemic, not just benefits of a single patient”, says James McKinnell, a co-author of the study.

“Widespread treatment, in combination with other prevention efforts, could prove to be the tipping point”, he adds.