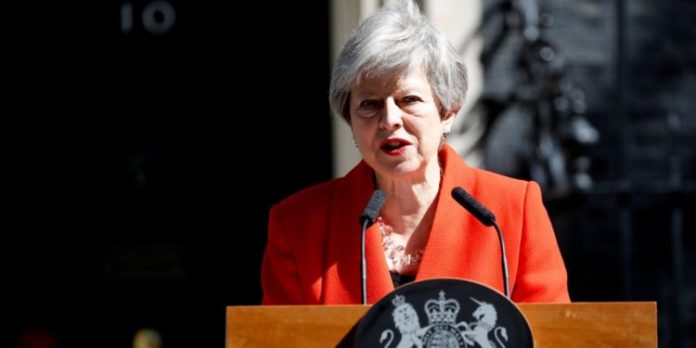 U.K Prime Minister, Theresa May has announced her resignation, breaking down in tears as she revealed she is standing down as Conservative party leader on Friday 7 June, 2019.

The prime minister was under pressure to quit after a backlash from her own Members of Parliament against her Brexit Plan.

Speaking in Downing Street, May said it had been “the honor of my life” to serve as Britain’s second female prime minister. Her voice breaking, she said she would leave “with no ill will, but with enormous and enduring gratitude to have had the opportunity to serve the country I love”.

She also admitted that: “It is and will always remain a matter of deep regret to me that I have not been able to deliver Brexit.”

Mrs May will continue to serve as prime minister while a Conservative leadership contest takes place.

The former foreign secretary Boris Johnson is the frontrunner to be Britain’s next prime minister, but more than a dozen senior Tory figures are considering throwing their hats into the ring.