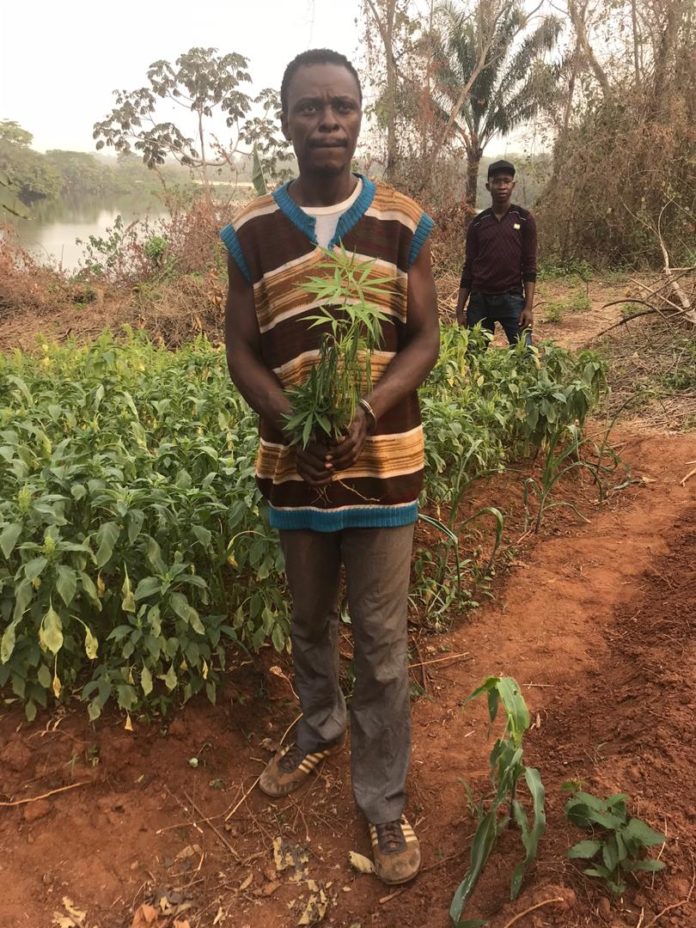 The National Drug Law Enforcement Agency (NDLEA) in Anambra State has called out the State Command of the Nigeria Security and Civil Defence Corps (NSCDC) for meddling in its affairs in the arrest and parade of a suspected Indian hemp planter in a school in the state.

Earlier this month, the State Command of the NSCDC had paraded a suspect, one Amobi Okafor for allegedly planting Indian hemp on a large expanse of land at Lake City secondary school Nri in Anaocha local government area of Anambra state and said that it has declared total war on Indian hemp smokers and other drug dealers.
This had agitated the State NDLEA who warned the NSCDC to stop all drug activities at the back of its office where its officers and men smoke Indian hemp first if they are truly committed to the drug war. 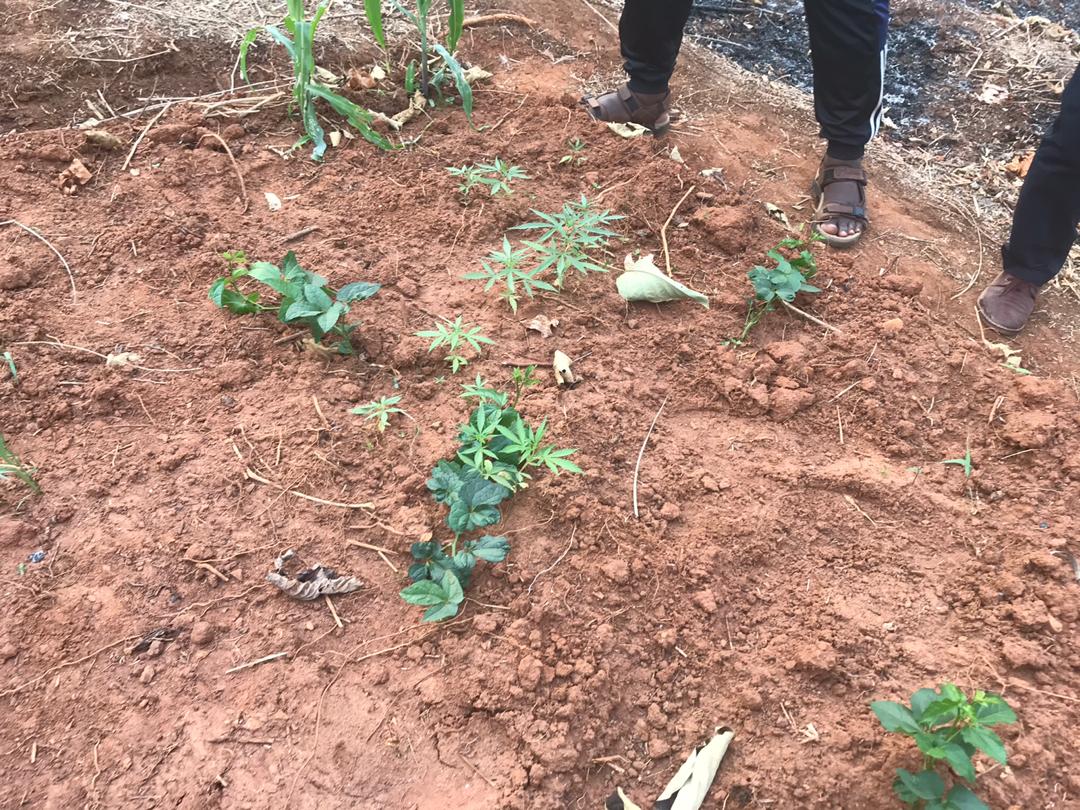 The NDLEA said it had embarked on a fact-finding visit to the said school, during which it discovered that the NSCDC had purportedly blown the media report out of proportion.
The Command which spoke through its Public Relations Officer, Mr Charles Odigie, said it discovered that the suspect planted vegetables and an infinitesimal amount of Cannabis Sativa on the miniature plantation.

It regretted that rather than reporting the nursery Cannabis Sativa it saw at the location, the sister agency said it discovered and destroyed a large expanse of Cannabis Sativa farm, stressing that the NDLEA frowned upon such inflammatory reports.

According to the Command, “further interrogation of the suspect at the location, revealed that he smokes Indian hemp and whenever he does it during farm work, seeds from the wraps fall to the ground and germinates. That was the finding of the NDLEA and about six nursery plants of Cannabis Sativa were discovered. We have requested that NSCDC should produce the officers that arrested the suspect to set the records straight but it is rather unfortunate that the sister agency has refused to make them available.”

There was also an angle to the NSCDC parade story which said the suspect Amobi who hails from Uruofolo village Nri Anaocha local government area, assaulted an elder man, Mathias Ajagu who works as a gateman at the school.

But the NDLEA said the suspect in the course of interrogation, revealed that he caught Ajagu evacuating palm fronds from his farm in the company of some students and pounced on him and thereafter the gateman involved the local vigilance group, who took him to their office and involved the civil defence officials.

It warned the NSCDC to know its boundaries and desist from encroaching on other agency’s area of operation, noting that their actions were an infringement on the fundamental rights of the suspect, having detained him for five days before handing him over to NDLEA. 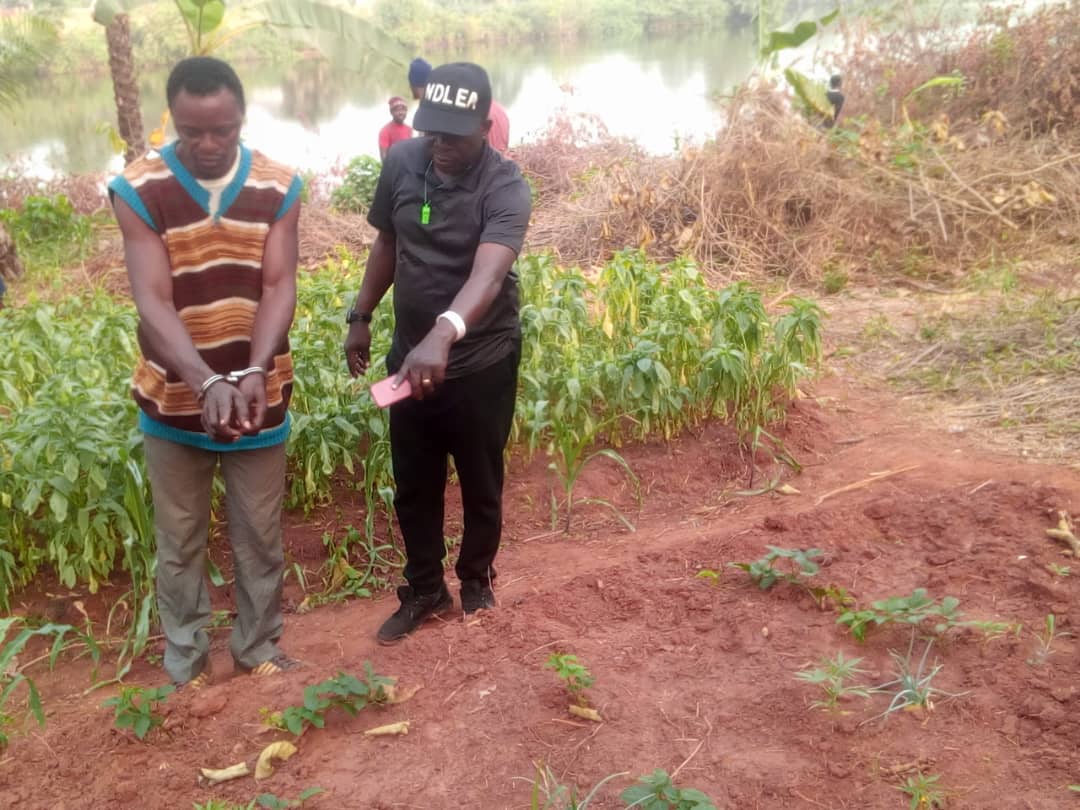 But in response to the statements, the Anambra NSCDC Spokesperson, Edwin Okadigbo wondered why the NDLEA would go about on a mudslinging venture when all the NSCDC did was to support them as a sister agency to be on top of the drug war in the state.
“While I am not in a position to respond to these statements, there are some questions that beg for answers. Was there cannabis discovered? The answer is yes according to what they said. Is it a crime to plant and grow cannabis, more so in a Government school? Is the suspect in the custody of the Agency? The answer is yes because we handed him over in the spirit of synergy.

The NSCDC Act 2003 and Amendment Act of 2007 established NSCDC as a Federal Government Agency with the following duties- to maintain twenty-four-hour surveillance over infrastructures, sites and projects for the Federal, State and Local Government, to arrest with or without a warrant, detain, investigate and institute legal proceedings by or in the name of the Attorney-General of the Federation following the provisions of the constitution of the Federal Republic of Nigeria against any person who is reasonably suspected to have committed an offence under this Act or is involved in any Criminal activity, Chemical poison or oil spillage nuclear waste, poisoning, Industry espionage or fraud, among other responsibilities,” he revealed.