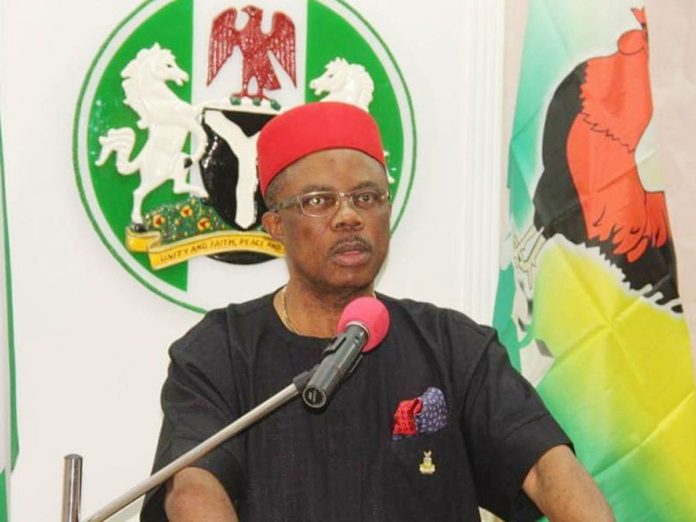 Anambra State Government has refuted rumours of a possible epidemic in the state, following the sudden increase in incidences of diarrhea and vomiting among children.

Records from hospitals across the state have shown significant spate in such occurrences since early January this year.

Visits to some health centers in the hinterlands reveal a high number of affected children while unconfirmed reports from the locals say many have died as a result of the disease which is deemed an epidemic.

Speaking on the condition of anonymity, a Nurse attached with a Health Centre at Mgbakwu, one of the communities of Awka North Council Area, revealed that between Christmas and early February, incidences of diarrhea among children have reached an all-time high.

“This has become a yearly occurrence but this time, the frequency with which it occurs is worrisome. We do not know why this happens which is why I appeal to the state government through the Ministry of Health to embark on research to identify the cause so that children can be immunized ahead of time,” she said.

According to her, “The bad thing about the disease is that it is communicable and once one member of the family contracts it, it can spread to the others through contact if proper care is not taken. While we can confirm that there has been no death recorded in this facility from the disease, we are aware of many deaths of children in this locality whose parents cannot afford the cost of health services and as such, patronize local herbalists. These spell very negative indices for our health sector and the government should, therefore, look into it.”

Some mothers from Urum who traveled miles to the Mgbakwu health Centre to seek health assistance revealed that their health center is nothing to write home about, calling on the government to take pragmatic steps to equip the facility with adequate manpower and drugs to enable them to tackle health challenges in the community.

“The deaths recorded in our community as a result of this disease should concern the government. With the present condition of our health facility, there is no way the disease can be controlled in our area. This vomiting and stooling is one of the numerous health challenges our people face, to which we are helpless due to lack of the necessary health facilities,” they noted.

In a response to the development, the State Epidemiologist, Dr. Chijioke Obagha in an interview with our Correspondent, acknowledged that there is usually an increase in the case of Gastro-enteritis between January and March every year but debunked claims that it is an outbreak.

He revealed that the Disease Surveillance and Notification Officers (DNOs) in the state are already monitoring the trend.

“It is gastro-enteritis that is diarrhea and vomiting. It is definitely not an epidemic. A major observation we have is that most people at the hinterlands do not seek medical assistance early enough but instead go for herbal solutions. When the case gets to an advanced stage, there is little or nothing anyone can do about it,” he acknowledged.

Dr. Obagha maintained that the development should not be a source of worry to citizens if only they would adhere strictly to preventive measures to avoid contracting the disease and early diagnosis steps and treatment when they observe an infection.

“We sincerely believe that our people can protect themselves from this disease just like every other disease. First, is to endeavor to keep the environment clean at all times. Proper handwashing is also very important, especially when handling the feeding of children. Our people should also take special care about what their children eat. We also advise exclusive breastfeeding for at least six months before supplementary foods are given to these infants who are more susceptible to the disease,” Dr. Obagha explained.

He further urged the people to always seek health assistance from professional health workers in their localities immediately they notice early signs of diarrhea and vomiting in their children.