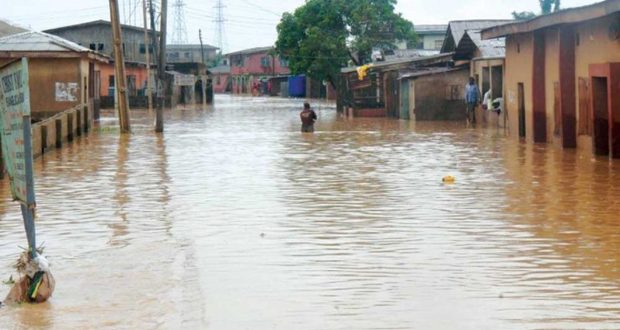 Residents of Anambra communities along the coastal lines of the River Niger have been warned to relocate to high grounds and Internally Displaced Persons camps located at strategic places in the state, now that the flood is coming gradually.

The call came from the National Orientation Agency (NOA), Anambra State Directorate, at the end of a three-week Community Sensitization programme it put together for key stakeholders in the affected communities at Okpoko in Ogbaru LGA of Anambra State.

A recent visit to some of the coastal communities including Umueze Anam, Akiliozizor, Otuocha, Odekpe among others, showed that the tide had begun to rise above the river banks.

Farmers in some of the communities had also commenced early harvesting of farm produce such as yam, cassava, potatoes and rice.

Speaking at the sensitization programme, the State Director of the  Agency, Barrister Charles Nwoji, also warned the people to stop building houses or shops on top of water drainages and other waterways or run the risk of becoming victims any time the drainages overflow their banks due to blockages.

“The environmental habit of our people is highly worrisome especially with respect to the very harmful habit of indiscriminate dumping of wastes inside the water channels. The Nigerian Meteorological Services Agency, has sustained its warning about the impending flood by September this year, with the coming of heavy rains and these unhealthy environmental habits can escalate the problem. That is why our people must change this attitude,” he said.

According to him, the government should also intensify efforts at setting up all the IDP camps to ensure that they are made habitable for the IDPs.

The  Traditional Ruler of  Okpoko  Community, Igwe B.S.C Muofunanya who was represented on the occasion by his Chief Security  Officer, Mr. Arinze Agbadi described the programme as a life saving and welcome development and drew the attention of Anambra  State Government to other issues affecting the people of the area.