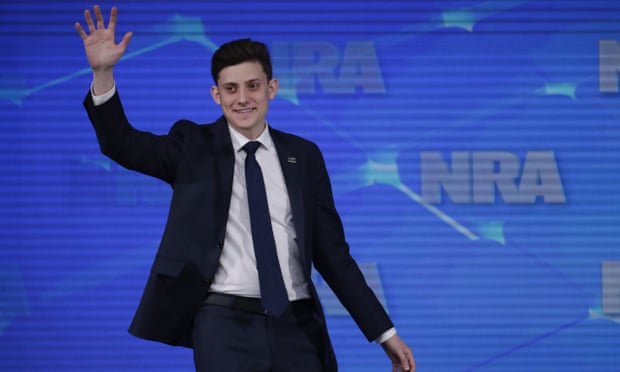 An American conservative activist and survivor of the Stoneman Douglas High School shooting, Kyle Kashuv has had his admission to Harvard University rescinded after revelations that he had posted racist comments online months before the shooting, for which he has apologized.

The 18-year-old Kyle Kashuv, also wrote a letter to its Office of Diversity and Inclusion, but the school stood firm in nixing his acceptance to the class of 2023 after reviewing racist texts and comments he had made when he was 16.

While some of his classmates that survived the 2018 shooting went on to become gun reform activists on the left, Kashuv took a different course. A self-described political conservative, the 18-year-old met with US President Donald Trump, took a job at the right-wing Turning Point USA and spoke at a National Rifle Association conference.

But now Kashuv, the son of immigrants from Israel, is in the spotlight for a different reason. Though he was admitted to Harvard and was set to attend the Ivy League university, he revealed on Twitter on Monday that the school had rescinded his admission. The announcement came almost a month after the Huffington Post reported that as a 16-year-old, Kashuv had made racist, anti-Semitic and sexist comments.

Among other things, Screenshots of a Google Doc for a class study guide showed Kashuv had repeatedly written the n-word and said a female classmate “goes for n***erjocks” and preferred black men to a “pasty jew.”

On May 22, 2019, Kashuv released a statement about the screenshots and the comments within, admitting and then sent an apology to Harvard saying he regretted the “idiotic and hurtful things” he had written. He also said he was “determined to take whatever steps are necessary to rectify this past wrong and to reassure Harvard of my commitment to values of tolerance, diversity and inclusion.”

He also said that that Harvard University had rescinded its offer of admission as a result of the remarks. Kashuv published a letter by Harvard, which stated that they had considered “the qualities of maturity and moral character” in their decision.