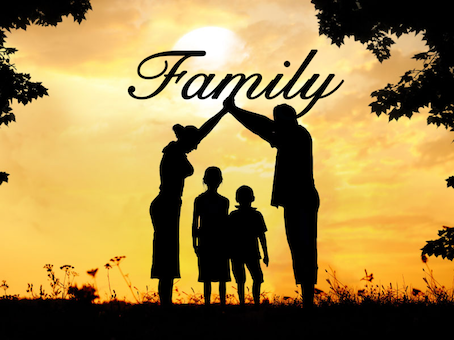 Issues of Equality in Family

The modern social structure sees both men and women as equal partners of the society with equal rights, status and responsibility. This is a sudden change of concepts of a male dominated society. In the families, people who have observed authoritarian father and submissive mothers may expect the same when they setup their own families.

The equal status may disturb the husbands as the laid-underneath superiority elements may require certain amount of time to dissolve themselves and accept the new socio-cultural setup. The aspect of equality will give rise to certain issues too. Who is to direct and who to be directed? Who is the authority in family related issues? etc., may put the family in trouble. If not accepted well and handled appreciably, the family may become like a vehicle steered to different direction at the same time by many drivers.

Family is not just an institution of many people living together under one roof; but the union of similar minded or mutually loving people bound with certain duties and responsibilities. The gender role structure was deliberately designed by the initial social setups to help the people accept and realize the specific duties each gender bound to.

But today, both the parents work and earn for the family and both father and mother enjoys equal social statues and financial independence. At this point, the role of homemaker becomes no one’s responsibility and both the partners may insist the other one to be the homemaker. Adjustments, understanding and empathy are the advised aspects that may help a smooth running family. Clinging to the century old concepts and lifestyles may help only to worsen the situation.

Traditional family system had enough time dedicated for the kids as the mother was responsible for the entire process of childcare and development, when the father had to bring in the essential food supplies. But modern lifestyle makes both the parents busy working for the family and earning the amount to meet the demands of life. Kids many a times are left with caretakers or paid nannies.

Such lifestyles may affect the families badly as children may grow unaffectionate to the parents. It is quite difficult for any parent to balance between the modern lifestyle and parenting or homemaker tasks. Kids need to be trained to cop up with the family roles. This will help them to be more understanding and affectionate to parents.