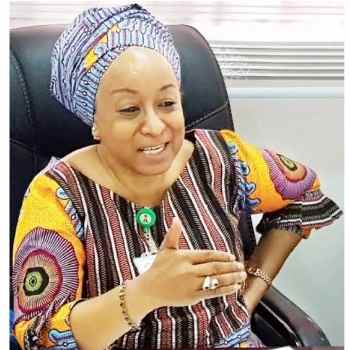 The Special Adviser to the President on Social Investments, Mrs Maryam Uwais on Monday disclosed that $76,538,530 has so far been disbursed from the Abacha loot from the August/September 2018 to the September/October payment cycle.

She added that the figure was in addition to $27,099,028 from the International Development Association/World Bank credit spent on alleviating the plight of the poor an vulnerable Nigerians.

She added that the gesture was to positively change the fortunes of many Nigerians who found themselves below the poverty line, based on the data collected in the communities and hosted on the National Social Register (comprising each of the state social registers).

She said the decision to distribute the Abacha loot and IDA funds to the poor and vulnerable citizens, who were mined from a National Social Register (NSR), collated by the National Social Security Net Coordinating Office (NASSCO), was reached by the Swiss Government, the World Bank and the Federal Government of Nigeria, to ensure that the funds were well utilized and not diverted to private pockets, as was the case in the past.