A section of the media and especially the social media has been inundated with scary rumours and controversies over Governor Darius Ishaku’s prolonged stay away from Taraba state. His absence has sent tongues wagging in the state and beyond with some alleging that he is ill and needed to hand over office to his deputy, the ever loyal Engr. Haruna Manu. It was like the more he stayed away from the state, the more these rumours brewed which forced the government to clear the air.

Governor Ishaku’s last official function on Taraba soil was the presentation of the 2019 budget estimate to the Taraba state House of Assembly, shortly before Christmas. In fact, he managed to breeze into town to perform the function after a long absence from the state. It was during these long recesses that he had a clash with the ousted Speaker of the House of Assembly, Abel Peter Diah.

Seeing that his absence from the State at that material time could be to his disadvantage, he then returned only to discover that the then Speaker had masterminded his impeachment. Already, the stage had been set for the process with the removal of then deputy speaker, Mohammed Gwampo (an Ishaku loyalist) and his replacement with Charles Maijankai, a lawmaker who is known to speak straight to the governor.

But the table turned round as Gov. Isahku, mustered strength with support of some lawmakers to force Speaker Diah to resign alongside his deputy, knowing that they could be impeached if they failed do so.

That is by the way. But no one can precisely say why the governor had long been absent from the state or why he had allegedly developed the habit of staying in Abuja and running the state from there since he was sworn in for the second term on May 29, 2019.

The New Year was ushered in with the governor largely performing official functions at the TY Danjuma House. For instance, the assent of the 2020 Budget was done in an elaborate ceremony in Abuja. Also, certain diplomatic functions were carried out on behalf of the state in Abuja. It was even learnt that the press corps of the governor has relocated to Abuja

As matter of fact, in the run up to the 2019 general elections, the APC Chairman, Adams Oshiomole, had allegedly  berated Gov. Ishaku for running the state in absentia and promised to remove him.

“They will have a resident governor. Because what we have now is a governor that spends one day in Taraba and six days outside Taraba whether in Lagos, London or in other parts of the world. You can’t govern in absentia. I believe that our Party will make a difference”, he stated.

But that is history as the APC candidate in the 2019 elections, Sani Danladi, was soundly beaten and had already gone into political oblivion, no thanks to the judiciary.

But since May 29, 2019, the governor’s presence was hardly felt and his over six weeks absence is already beginning to try the patience of the people, judging by the social media hypes and peoples reaction.

But the Taraba government ignored all these hypes and responded by saying the governor need not to be in Taraba to deliver good governance.

In his reaction over the talk of Ishaku’s ill health, the Senior Special Assistant (SSA) to the governor on Media and Publicity, Bala Dan Abu, disclosed that the governor was not ill and that no Law in the constitution says the governor must hand over to his deputy. He described the so much noise about Ishaku’s absence from Taraba as the handiwork of his detractors.

But a look at the country’s constitution would justify Abu’s claim that the governor can run the state from wherever.

Going by that, it is only on account of ill health that a governor is obliged to hand over power to his deputy and that is if it has been sufficiently proven that he is not able to perform his duties. But Ishaku’s case is different as he is dutifully performing; only that he owes the people the political duty to be close and accessible to them as an elected governor.

An Abuja based legal practitioner, who pleaded anonymity, analyzed the whole issue from two angles, the legal and political/moral angle. According to her, the governor should have handed over to his deputy but that, “If he is still functioning and running the State, it means the machinery of government is still running. If he is incommunicado and ill, that is different”. She said if he can use his senses and reason, then there is no problem. However, according to her, “the duty of the governor is to be close and accessible to his person, that is another argument”

On his own part the deputy governor, Engr. Haruna Manu, on whose case the social media had gone mad, made a statement warning the people against pitching him against his boss and causing instability in the state.

In a statement signed by his media aide, stated that: “Governor Ishaku also in his own generosity of spirit deemed it convenient to carry Engr. Manu along into the second term in 2019. It is therefore, reasonably clear to all that deputy governor Manu enjoys the confidence of his boss and has followed through as a loyal subordinate which many adversaries of the administration are not happy with. The unwarranted call by these mischief-makers is no doubt a ploy to cause disaffection within the administration in order to score cheap political goal. Their plans to instigate mistrust within the polity will definitely fail. His Excellency, Governor Darius Ishaku has been discharging the responsibilities of his office creditably well. Just yesterday, he hosted the inaugural sensitization meeting of the Mambilla hydroelectric power project and was also recently at the World Bank regional office where he sought the Bank’s assistance in the areas of development projects and programmes for Taraba State. The strides recorded by the Ishaku administration are enormous. These appreciable developments of various types across different sectors in the state are dividends of democracy that Tarabans will continue to enjoy under the rescue mission of Governor Darius Ishaku. Rabble-rousers must therefore desist from attempting to distract the leadership or inflame the emotions of the good people of Taraba state.” 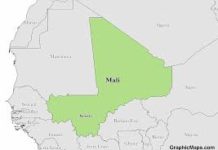 Attacks on Foreigners in South Africa: Xenophobia or Afro-Asiaphobia?