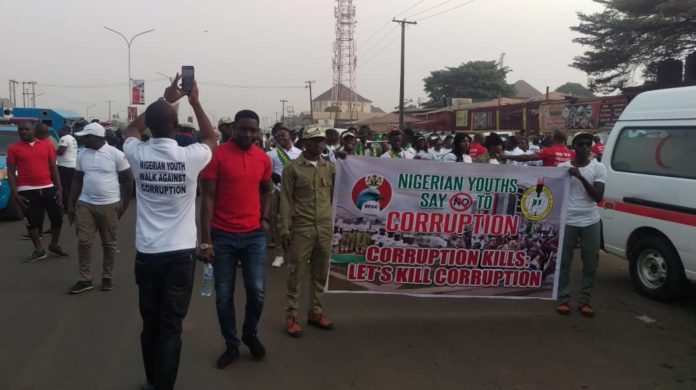 Among persons who joined the exercise were Corps members, Civil Society Organisations, officials of the Economic and Financial Crimes Commission (EFCC) and the Federal Road Safety Corps (FRSC), Nigerian Police Force, National Council of Women Societies, NGOs, among others. 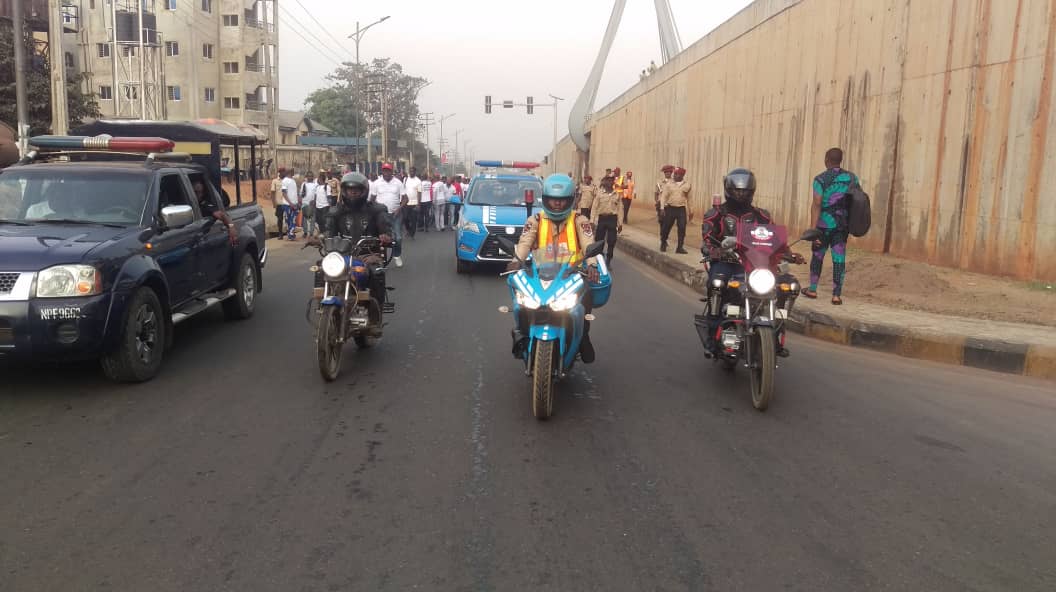 The exercise took the protesters from Aroma Junction Awka through major streets of the State Capital city as they bore placards with anti-corruption inscriptions such as “say no to corruption,” “stop corruption in the market,” “no future with corruption,” “kill corruption,” and many others.

Officials of the EFCC and Corps members also distributed flyers emphasizing the need for citizens to shun corruption.

The EFCC Sectional Head, Assets Recovery and Forfeiture Department, Michael Nzekwe explained that the initiative was to discourage youths from the corruption of all forms.

“This is a preventive measure that we are taking. Principally, we are coming to sensitize and mobilize the society on the dangers of corruption. We are focusing on the youths majorly and that is why the NYSC is actively involved. This is first Nigeria’s Youths Walk against corruption and it is happening across the country. We are trying to pass a strong message that we must kill corruption or corruption will kill Nigeria. You know that’s the mantra of the Buhari administration and the EFCC leadership has keyed into that,” he said.
He noted that with the spate of the incidence of Cybercrimes, it is becoming more imperative to target the youths. 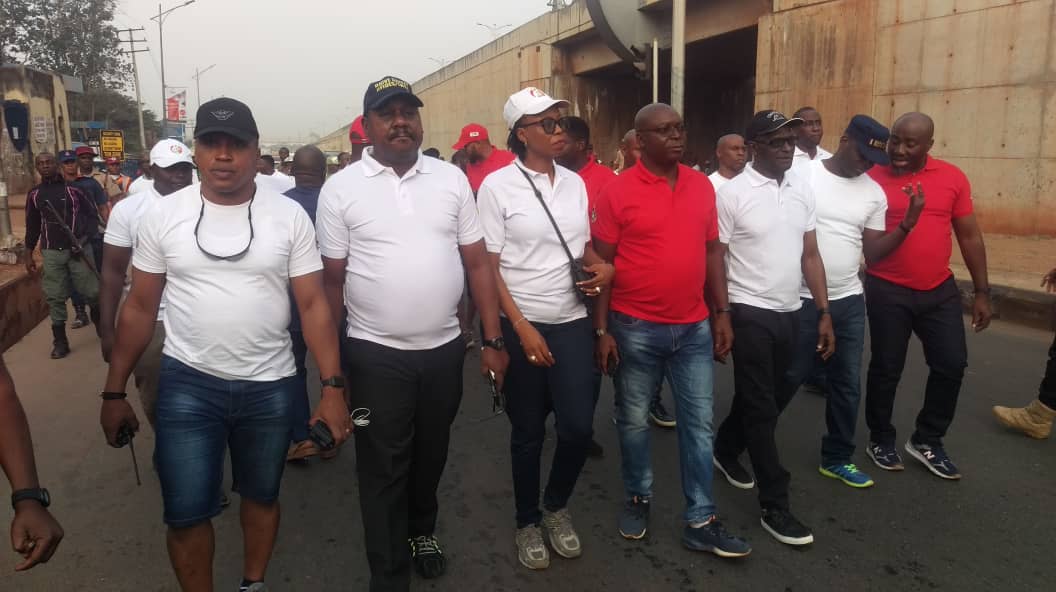 “In the course of our investigation, we found out that there is a “yahoo” academy somewhere in the Southsouth. It is a source of serious concern for us as an agency and the government as well. So we want to use the youths to fight this cankerworm. They have the population, the strength, the willpower and all that is required to fight economic crimes. If we have a greater number of them becoming ambassadors on this initiative, the fight will be as good as won,” he said.

For Kehinde Aremu, the State NYSC Coordinator, the institutional buy-in of the institutions responsible for fighting corruption will go a long way to achieve the result in the anti-corruption fight.

“As an agency charged with youths development, we have worked out a system wherein the orientation camps, we start early to inculcate in the youths, the need to shun corruption. What we are having today in terms of partnership from the EFCC will go along way to complement what we have been doing in this regard. We want to bring back the value system among the youths and with this institutional collaboration, I am positive that the Nigerian Youths will take ownership of the fight against corruption,” he enthused.