Apparently shaken by the catcall to scrap the National Assembly, the Legislative arm of the Federal Government, Senate President, Ahmad Lawan, is cautioning the growing number of aggrieved citizens against such a call.

This is, however, coming as the World Health Organisation (WHO) is urging countries to be on high alert for a possible surge in the rampaging COVID-19 cases, especially in Africa, where many families are planning get-togethers as the year comes to an end.

WHO Regional Director for Africa, Dr. Matshidiso Moeti, in a statement says “as we near the time of the year when people get on the move to spend their holidays together, there is a bigger risk of COVID-19 transmission.

“New clusters of cases can emerge in places that have so far been unaffected as people travel or gather for festivities. But we can lower the risks by wearing masks, limiting the numbers of people who come together, observing physical distancing and practicing good hand hygiene. We can celebrate but we should do so safely.’’

The continent has been experiencing a rise in cases since early October. Unlike the first wave of cases which was triggered by hotspots in Southern Africa, the latest increase is driven by the North African region, where temperatures are beginning to fall.

Moeti points out that in the 47 countries in the WHO African Region, 19 countries had reported over a 20% increase in new cases in the past 28 days, compared with the previous four weeks.

“However, 17 countries are also reporting a more than 20% drop in the number of new cases over the past 28 days, compared with the previous four weeks. There have also been increased reports of health worker infections and deaths, particularly among more experienced health workers.

“Large group gatherings and mobility have been identified as risk factors for increasing the spread of COVID-19 and the approaching holiday season can promote these risks, leading to super spreader events”, she said.

Moeti is urging member-states to conduct risk assessments at the sub-national level and identify areas of high risk. Based on this analysis, local governments can adjust their public health measures accordingly and be agile in their decision-making.

“WHO is helping prepare for a potential rise in hospital admission by training additional contact tracers and clinicians to better handle cases, ensuring crucial supplies are on hand and boosting screening at border crossing points.

“WHO has identified a worrying trend of disregarding safety measures among populations. As part of an effort to re-energize key public health measures, WHO is launching the ‘Mask Up, Not Down’ campaign today.

“The campaign aims to reach over 40 million young people in Africa with positive messages on the correct use of masks through social media, and to combat complacency, fatigue and misunderstanding around COVID-19 prevention measures.

“In the face of COVID-19, complacency can be dangerous.” “At this critical moment as Africa begins to see an uptick in cases, we need to re-energize and recommit to wearing masks. I know many are finding the public health measures cumbersome, but without action from everyone, Africa risks a new surge in COVID-19 cases”, she said.

Moeti is also urging governments to invest in engaging communities and winning their buy-in and support for life-saving public health measures, adding that “only by ensuring people in cities, districts and villages in Africa are committed to fighting, COVID-19, will we overcome the pandemic”.

In the mean time, Nigeria’s Senate President cautioned against pushing for the scrapping of the legislative arm of government on Friday while declaring open, a retreat for top management staff of the National Assembly and National Assembly Service Commission in Abuja.

He describes the Red Chamber of the bicameral Legislature as a leveler which ensured that all parts of the country are equally represented unlike the House of Representatives where states with higher population produce the highest number of lawmakers.

Lawan who warned that there could be anarchy if the Senate is scrapped, challenged those who are not comfortable with the senators in the current 9th Senate to vote them out in 2023 if they don’t like their faces.

He also faulted the argument of those pressing for the scrapping of the Senate because of the perceived jumbo pay being earned by the senators, claiming that the annual budget of the National Assembly is less than 1.00% of the country’s 2021 budget.

President, Muhammadu Buhari presented a 2021 national budget estimate of N13.08 trillion, around $34 billion to the National Assembly in October. The budget proposal pegged the price of crude oil at $40 per barrel with a daily production estimate of 1.86 million barrels.

Recurrent expenditure is N5.65 trillion, personnel cost is N3.76 trillion, and debt service is N3.12 trillion. If you run the math, about 25% of the budget goes to service debts! 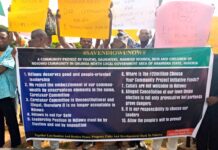 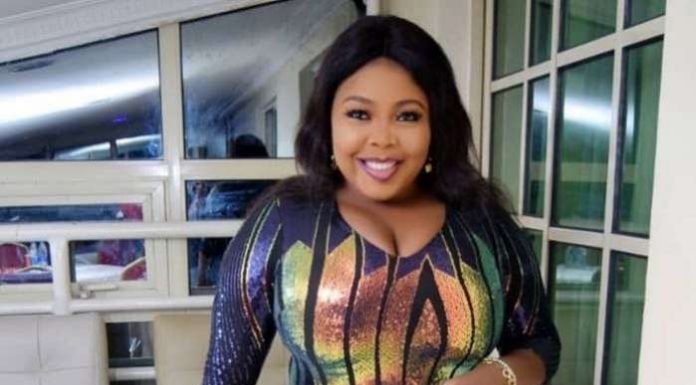