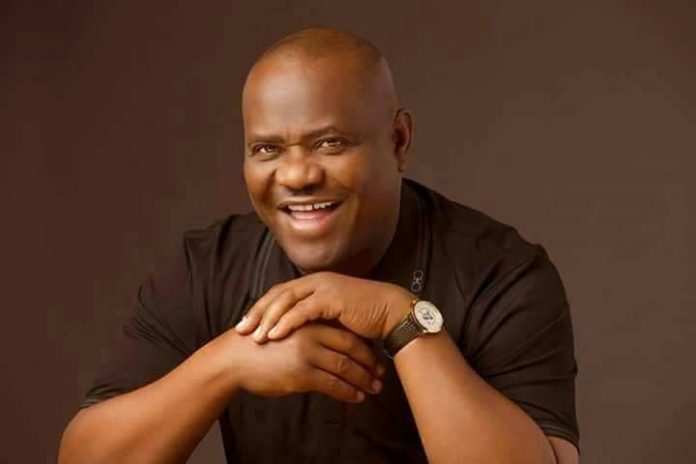 Governor Nyesom Wike of Rivers State, one of the big oil and gas states in Nigeria, has placed a curse on political leaders troubling the peace, security and economic development of the state.

Though he has vowed that his administration will continue to partner with Christian churches for the development of the oil state, he however, declared that those who do not want the state to progress will not progress themselves.

According to him, ‘’on March 9, 2019, light prevailed over darkness.  God showed Himself and He is in charge. But for God, I wouldn’t have been here addressing the Christian faithful.

Governor Wike was speaking on Sunday during the Lord’s Chosen crusade with the theme: God has the power to do this or that at the Yakubu Gowon Stadium in Port Harcourt, the state capital,

While attributing his political survival to the support and prayers of the Christian community, he claimed that the forces of darkness invaded the state and attempted to rob the mandate of the people, but God stood firm.

‘’We saw forces, but the greater force, God Almighty came. With this crusade, Rivers State will be abundantly blessed. I repeat once again without apologies, Rivers is a Christian state.  That is why nobody can touch us. When it mattered most, the Christian community prayed and God heard your prayers.

‘’I will continue to support the activities of all churches. This government will always partner with the churches, whatever the programme they are engaged in. I urge the church to continue to pray. Each time you pray, put us in your prayers”, Wike said.

The governor who was full of praises to God for his electoral victory, commended the General Overseer of the Lord’s Chosen Charismatic Ministry, Pastor Lazarus Muoka, for bringing the crusade to the state.

Muoka prayed God to eradicate evil in Rivers, enthrone peace and stability across the state. He also prayed for the mighty hand of God to rest on Governor Wike with divine protection and continuous victory all the way.

The cleric prayed for the governor, his cabinet,  the state House of Assembly and local government chairmen, declaring that God will continue  to lift Rivers to greater heights.

The crusade attracted members of the church from the 23 local government areas of the state.