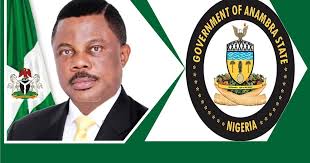 As World Press Freedom Day is celebrated globally, the Nigeria Union of Journalists (NUJ), Anambra state chapter has berated officials of the state government for deliberately keeping citizens of the state in the dark by denying journalists access to information vital for the wellbeing of citizens.

This was contained in a statement jointly signed by the NUJ state chairman, Mr Emmanuel Ifesinachi and the secretary, Mr Emma Udeagha during the occasion to mark the 2020 World Press Freedom Day, (WPFD) in the state.

World Press Freedom Day is celebrated on the 3rd of May every year, to raise awareness on the importance of freedom of the press.

It further aims to remind governments of their duty to respect and uphold the right to freedom of expression enshrined under Article 19 of the 1948 Universal Declaration of Human Rights and marking the anniversary of the Windhoek Declaration, a statement of free press principles put together by Africa newspaper journalists in Windhoek in 1991.
The year’s celebration has as its theme, “Journalism Without Fear or Favour”.

In the statement, the union accused the state government officials of always being unwilling to talk to the press on the critical issues in the state and called for an end to such attitude.

“We urge the Anambra State Government to note the need to partner journalists and the Nigeria Union of Journalists (NUJ) in the State, for better coordination and management of information.

“We recall that this Council, as institutional partners, had tutored the Governor’s media team on how to work with journalists to get it right, but this was like advising grasshoppers to be cockroaches.

“It is not only that Press release has become a trademark. Officials of this Government have often been unwilling to talk with journalists, even when there is a need for clarification from government officials. We again use this opportunity to urge them to resist the ‘I know What is Good for the State Syndrome’ and do the needful in the interest of the public and that of the Governor who takes responsibility for their leaking ‘head and bottom’’ it stated.

The Council commended the State Government for the ongoing efforts to check the Coronavirus pandemic in the state but regrettably observed that some critical stakeholders such as the National Orientation Agency, NOA, and the Nigeria Union of Journalists, NUJ, statutorily charged with public education, were excluded from the State COVID-19 taskforce.

The council also urged the governor not to make decisions that would create confusion.
The Union commended journalists in the State for their contributions to the fight against Covid-19 pandemic, urging the State Government and philanthropic groups as well as individuals to provide the media with protective kits and working tools to enhance their performance and promote effective reportage.

The council also reassured that it would defend its members who are unjustly molested in the performance of their duty in the state, noting that it would at the same time, not confer immunity on those who abuse the ethics of the profession or create unnecessary tension in the polity.

“Undoubtedly, the media has justified its role by providing the public with information they need to take responsibility for their lives, particularly during this pandemic.

“The media’s critical role again reinforces the need for freedom of expression and respect for the fundamental rights of journalists to do their work independently and in safety, as a precondition for attainment of the Sustainable Development Goals (SDGs),” the statement added.