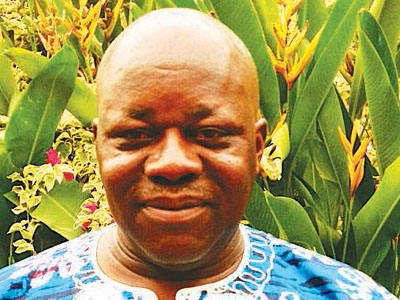 Abba Kyari died last week Friday, 17th April from COVID-19 and his passage was followed with so much expression of hate and venom, clearly indicating that this society is so messed up in its African culture that it has lost its traditional respect that kept people away from speaking evil of the dead. But then, didn’t Mark Anthony say that: “The evil that men do lives after them; the good is oft interred with their bones”.

It is, however, gratifying to note that a number of people who knew Abba Kyari well have written beautiful testimonies about his devotion to Nigeria and the country’s President, his principal, his intellectual depth, his commitment to progressive development and his upright character. What is remarkable about comments concerning his character and his activities since his death is the wide gap between the two perspectives.

I met Abba Kyari in 1968-69 when we were both teenage students, he was at St Paul’s College in Wusasa while I was at Barewa College, on the other side of the Tukur Tukur Rock. He was a friend of my immediate senior brother and I often met him when I went to see my brother. During school holidays, he was a regular visitor at our home in Kano and also had family friends close to our house with whom he spent some of his time. Our common interest was the intellectual debates of the time on the possibility and feasibility of socialism in our African context.

When he was studying in the United Kingdom, we both had a keen interest in the French philosopher Louis Althusser and the rediscovery of the work of the Italian communist Antonio Gramsci. Our debates were over the implications of Post Althusseran Marxism on the superstructure and the ability of ruling classes to manipulate the masses using the media – the themes of interest to us were the state, ideology and how ruling classes constructed discourses that enabled them to control the masses. One of the professions he practised was journalism, which placed him at the centre of the construction of discourses. Over the past week, there has been a debate over the terrible bad press he endured and his refusal to respond and seek to correct the narrative around him of usurpation of power, corruption and cabalistic rule. I had often urged him to present his own narrative and he would always smile and say Jibo, you know these stories are planted and directed at my principal who is too smart to fall for them.

Over the past week, I discovered that many other friends had the same discussion with him and his choice was to bear the cross. I remember that the only story that hurt him was the one on Human Rights Radio about an alleged petty contractor from his village he was alleged to have defrauded. If I were a crook, he asked me again and again, why would someone in my position go to my village and defraud a hustler that can’t even feed his family. My last visit to Abba Kyari was on 24th February when we had a long discussion on his alleged usurpation of power. The discussion started over my column of 21st February 2020 entitled – “Security: Mr. President, Choose Your Faction and Act”. I was addressing the President’s non-action as the fight between Abba Kyari and General Monguno, the National Security Adviser festered for years and was affecting national security. He insisted that all the attacks he receives in the media are tied to his role as the gatekeeper of the President. He argued that there is a section of the elite that is used to regularly walking to the office of successive President’s and walking out with memos or contracts that would earn them billions of Naira they have not worked for and his role is to block them. It would be strange if they do not attack me he often said.

Every gatekeeper, he argued, must accept to take punches linked to doing their job and protecting the interest of their principal and the Nation. The executive issues he keeps an eye on, and he did mention the deal with the Germans, are all of keen interest to the President who had asked him to oversee them. My impression was that if Abba Kyari had been going beyond the President’s brief, he would not have survived long in that office. The Nigerian reality, however, is that there is a passionate and widespread belief that for each regime, there is a powerful informal group outside the government that pulls the strings acting as puppet master. Such groups are usually known as cabals. This belief was dramatized on 24th June 2019 when hundreds of demonstrators stormed the Defence House, an annex of the Presidential Villa, calling on President Muhammadu Buhari to: “take full control of the government from the hands of those they described as his second term in office begins”(Daily Trust, 25 June 2019).

The protesters claimed they were acting under the aegis of Concerned APC National Stakeholders (CANS), and carried placards with inscriptions such as ‘Abba Kyari Must Go’, ‘PMB Must Take Charge of the Government’, ‘We Need Fresh Ideas Not Recycling Men and Women Who Have Spent Over 40 Years in Government’, among others. The convener of the protest was one, Dr Symeon Chilagorom who explained their action as follows: “Our demand is a simple one; the people of this country elected Muhammadu Buhari as their President, not Mamman Daura, not Ismaila Funtua, and definitely not Abba Kyari. Only President Buhari has our mandate to govern over the affairs of this nation. In light of that, we are simply asking that President Buhari should take back control of his government and begin to walk his talk by delivering on the promises made during his campaign” (Daily Trust, 25 June 2019).

Their key argument was that they want the President on “the driver’s seat not passenger’s seat” so the cabal should allow him to govern. It is a very strange assumption to conclude that the Oga is not in charge without inside knowledge. In this case, some comments made by the First Lady appears to confirm the assumption so there is no way the “believers” can be convinced that the cabal is not the one ruling. In A Child’s History of England, Charles Dickens associates the word cabal with a group of five ministers in the government of England’s King Charles II. The initial letters of the names or titles of those men (Clifford, Arlington, Buckingham, Ashley, and Lauderdale) spell cabal, and Dickens dubbed them the “Cabal Ministry.”

These five men were widely regarded as invidious, secretive plotters and their activities may have encouraged English speakers to associate cabal with high-level government intrigue. The term cabal itself is much older than that usage and has its origin in the French term, cabbala, the Medieval Latin name for the Kabbalah, a traditional system of esoteric Jewish mysticism. Therein lies the problem, by definition, the cabals work in the shadow, at night, in dark spaces, often drawing on mystical forces leaving analysts limited empirical material to work with. As my knowledge of mystical forces is basically non-existent, I simply keep out of the field. Abba Kyari was not the person ruling Nigeria, if he was, he would have removed his numerous enemies in Government. He was not an invidious, secretive plotter interested in power for its own sake. He, (and his principal), was a person of belief – that governance must provide the greatest good to the greatest number rather than the elite.

The topic we discussed the most over the past five years was the agricultural policy of the Government and he genuinely believed it was a great success. It had some success but might well be that they overrated the policy impact they had but that is another story.

Abba Kyari was genuinely interested in public policy choices that would serve Nigeria best. His fault might have been that he assumed almost everyone that wanted access to the President had a selfish personal agenda. He might, therefore, have blocked many people whose main concern was to make the regime more inclusive and more performant. May his soul rest in perfect peace.