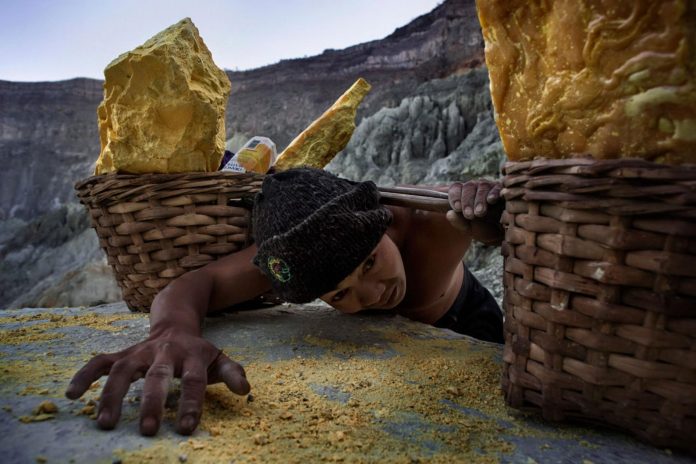 How did the Continent that produced the world’s richest man ever, Mansa Kankan Musa and the richest woman ever, Queen of Sheba’s children become the poorest today? Simply put: lavishness, over-giving without substance, greed and lately corruption tolerated by ethnicity. Who else would be traveling across the world with billions in gold and silver but Mansa Musa and the Queen of Sheba. Stupendous spraying on vanities continued as corruption right now.

The whole world engaged in slavery of their own people but around the 14th century, there were great need for natural cheap resources already exposed by Mansa Musa; free strong human labor to replace the serfs in Europe and the eliminated Native Indians of Americas that foolishly rescued Columbus from the sea. The Moroccan Muslims and Christians Europeans, as expected, got free gold, diamond, silver and sturdy slaves south of Sahara. They competed openly and ferociously by eliminating the middlemen as traders until the 19th century.

There are different ways to skin a cat. Reorientation, disorientation, brainwashing of Africans as their saviours imbued slave mentality, eagerness for exotic cultures, religions, mirrors and other glittering vanities essentially function as miseducation of Africans. Walter Rodney called it: How Europe Underdeveloped Africa. The implementation of battles and threat against stubborn, rebellious and mutinous Africans were some of the reasons to effect the overthrow of Emperor, Oba and Chiefs (regime change) of Songhai, Ashanti, Zulu, Yoruba and Benin civilisations.

Muslim and Christian religions wiped out and replaced our ancient writings in Sudan, Egypt, Ethiopia, Timbuktu Ife, Ejagham Isibidi etc with Arabic Ajami and Latin. By erasing our Arts and Sciences since the time of the father of Medicine, Barbarians called us uncivilised! The fact that Imhotep was practicing medicine, writing and teaching Greeks and Romans the subjects 2,200 years before Hippocrates, did not stop the Greeks from calling their own, Father of Medicine.

Meroitic script in ancient Sudan; Ge’ez script of Ethiopia, the most ancient African script still in use; Ejagham Nsibidi in Nigeria, Adrinka of the Akan people of Ghana, the Tifnagh of the Tuareg people,  Vai script later and Mende of Liberia and Sierra Leone, (evidence of its Liberian/Sierra Leonean age date to Goundaka Mali around 3000 B.C). From Proto Saharan.

Since the 14th century if we were sleepwalking with our own civilisation, we could have progressed far better than where we find ourselves today. Asians progressed without Christian or Muslim influence. There was a time when we were shipped to slave plantations in Europe and Americas, today we pay in hard earned money to fly in 747, pay agents to smuggle us across the sea and desert hoping against hope that once we flee Africa, we will be in paradise.

The same mindset that send our parents overseas are drawing our children out. In those days though, as soon as you completed your studies, Africans could not wait to get back unless they flunk in school. It is now a pride to achieve anything overseas already mastered by our parents at home: as the first black, competing with African Europeans and African Americans with less opportunities in their own countries. Indeed, Africans do not feel validated until they obtain foreign awards. We used to valued British education and looked down on American schools.

In desperation, working in a hostile environment, odds against odds, Africans could do anything they would not do at home. Deprivation has driven our children to sacrilegious sex acts, drugs peddling and white-collar crimes. Africans are now joining extremist political parties that use them against immigrants and blacks like themselves wickedly, like “Massa”. It only contributes to the resentment of some African Americans against us. Africans echo others derogatory label.

Muslim or Christian religion used to “civilise” Africans, changed our religion, culture, names (by baptism) and way of life. Use God to conquer and convert one another for the Arabs Muslims and European Christians. African trained clergies and alfas establish Mosques and Churches to destroy African pride, confidence and cultures. Hid their fetish ceremonies and sacrificial killings   but point to those of Africans as devils that must be rejected. Never in China USSR cowed them.

Africans call Africans “kaferi” that deserve to die, “pagan”, “uncivilised”. Yet, Africans since the days of Mansa Musa of Mali could send children to buy in the market without being cheated. Oba and chiefs could be executed and exiled for abomination. Before Muslims and Europeans came, Africans were respected, were cleaning up human sacrileges and the Yoruba proclaimed that the way a free child was born, so were slaves born – bi a se bi eru be ni a se bi omo.

While we cannot deny the devils within us today, we see the meaner spirits, fetish and human sacrifices by the so called Muslim and Christian liberators exhibited as “collateral damages” after “precise” bombing, gangs, ritual killings by their clan members, police killing spree with “due process” acquittals by their peers in courts and regime changes throughout the world. Some of the most respected members of their communities secretly belong to these vicious private clubs where women and minorities are still not accepted. No more hidden, in our face.

Credit must be accorded to most of the same people of goodwill that rise up defiantly and fight against injustice in their communities. People of goodwill devote their time, money and in some cases sacrificed their lives against the evils in their societies (Civil Right in American southern states). Indeed, many of their billionaires pledged their money correcting the evils perpetrated by their forefathers in Africa and poor communities around the world. But our prodigals dance.

If Africans cannot eliminate oppressors within, who would? Arab “holy” lands may have given up enslaving one another but have intensified the slavery of Africans in peace or wartime. They still slaughter Africans for organ donation, enslave them as domestic help, denigrate African women’s mouth as receivers of their human waste apart from raping them viciously; the way they had mistreated and castrated African men until the Revolt of Basra now modern day Iraq!

Africans think God only reside outside Africa! Both Christians and Muslims still tie Africans and drag them on the streets for rituals to satisfy their clans. Recently, another school bus driver dragged one of the black students along the road.  When asked if he was a bigot, he claimed he could not be because his dog is black. “Look at my dog. He’s as black as could be.”

God made man in his image, he is present everywhere, yet Christians and Muslims came to civilise us because God, saviors, prophets and holy lands are not located in Africa, abi!

Colo-mentality is the reason an African or African American would flaunt the fact that his great grandmother was a slave in British or American families, they are just proud of the one drop rule showing cream in their skins. We hold on to our foreign names for reference (like this writer). Since Africa has been diminished in glory, culture, confidence and natural resources we keep pouring out everything we have (over-giving) in exchange for toys and plastics in vanities.

Yet, we lie to those in Africa that we live in paradise abroad knowing fully well that we are not safe at home and on the street as gunshots are heard in the ghetto at night. We know that anytime our children leave home, we panic in anxiety if they come back late.

Yes, Diaspora Africans send a great deal of money home to help relatives and friends. However, our looters neutralise it by sending much more out in pursuit of vanities, the new mirror for gold exchangers. They nullify African Diaspora sweat and dwarf all their earnings sent home.

If money could make you rich, yes RICH; Nigeria would have been a rich country!