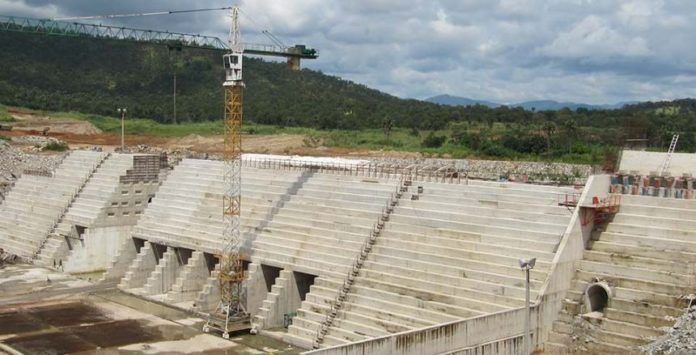 The 3050 megawatts capacity Mambilla Hydroelectric power project in Taraba state, which had remained moribund since 1972, could not take off mainly due to lack of the political will by successive administrations as well as some legal concerns.

This was disclosed by the Special Assistant to the Minister of Power, Aaron Artimas, in an exclusive interview with News Chronicle.

According to Artimas, past administrations were lacking the political will to execute so many projects they initiated including the Mambilla Hydroelectric project and that President Buhari heeded to the call of Nigerians for power supply.

“…We know that there have been projects in Nigeria that have been initiated many years ago on paper but were never actualized, and Mambilla Hydropower happens to be one of them. If the project takes off today, it goes to attest to the integrity of President Muhammadu Buhari. In the past, without specific mention of any regime, statements have been made to the effect that certain projects have been completed but when you go to those sites, you will not find anything. But fortunately, we have a president that matches his words with action. He promised to deliver this project because Nigerians say they need power and one of the projects that has the highest potentials to provide power to Nigerians is the Mambilla Hydro Electric power”, he stated.

Apart from the lack of the political will, legal constraints were also responsible for the delay of which Artimas said had been dealt with for the smooth take off of the project.

“We were made to understand that in the past few years, there were some arbitrations concerning that project because there was a consultant who came in to do that project but (they had entered into an agreement), fortunately all those arbitrations have been concluded and then the loan itself; the China EXIM bank had to be sure itself that there were no legal entanglements that would sabotage the project. So, due diligence was done to ensure that their investment will come to reality. The project itself was redesigned to bring it to reality. It used to be about 5000mw but they have done a review to its real capacity to about 3050mw of electricity. So then, money that was initially designed as loan was stepped down to about three billion dollars. So you can see that the project is highly realistic. As we speak to you now the federal government had already paid money to the state government for survey activities. After the survey, the land owners would be identified, the communities and individuals would be identified and they would be paid compensation and then the contractors would be moved to site. So, now I can say the Mambilla Hydro power project is now a reality”, he added.

President Buhari had recently approved the constitution of an inter-ministerial steering committee and project delivery committee for the N2 trillion Mambilla Hydroelectric project.