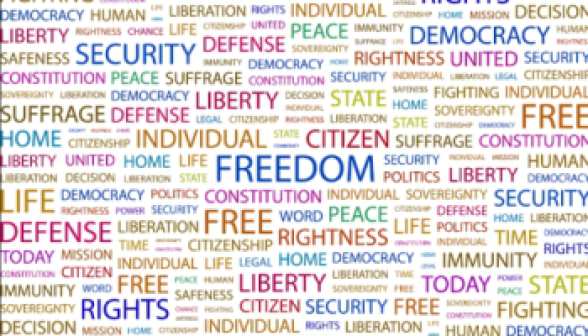 The essence of ‘freedom’ as a concept under the fundamental rights of Nigerian citizens can easily be misconceived and while granting a part of it, the other part is likely to be denied, if care is not taken. This paper aims to express the essence of the right to freedom of every Nigerian citizen so that those citizens would understand the essence of their guaranteed freedom and those in charge of safeguarding those freedom’s rights would be able to guard and protect them without fear or favour.

The word ‘essence’ by the Online Webster Dictionary means ‘the basic nature of a thing: the quality or qualities that make a thing what it is’. In this context, what the meaning means is the real nature of freedom. Freedom on the other side is defined by the same dictionary as ‘the quality or state of being free: such as a: the absence of necessity, coercion, or constraint in choice or action. B: liberation from slavery or restraint or from the power of another: INDEPENDENCE. C:  the quality or state of being exempt or released usually from something onerous’ among other meanings but the above are relevant for the purpose of this discourse.

Furthermore, section 38 of the Constitution confers and guarantees every citizen the right to freedom of thought, conscience and religion.Meaning that every citizen is at liberty to enjoy and exercise without any fear or favour, his right to receive thoughts and to share his thoughts with others (in his own opinion.  Meaning that he is entitled to his own opinion) and no one can impose his own thought and or opinion on the other and no one can stop another citizen from freely exercising this right. Also, this freedom includes the freedom to reason and formulate ideas as such citizen reasons in his own views. Also, every citizen has the liberty without constraint or without fear or favour or influence or reprimand to possess conscience and to share his conscience freely with other citizens. And such citizen too is at liberty to practice his religion without any fear or favour.

It is really surprising that some citizens still find it impossible to challenge some traditionalists who restrict movement of other religious believers or practitioners all in the name of worship and would restrict the other religious practitioners  of their freedom to practice their religion at any particular period of the day, especially in the night. Citizens are therefore advised to wake up to oppose any unlawful and unconstitutional restriction of their freedom. By section 1 of the Constitution, the supreme law and grundnorm is the Constitution itself. The said section provides thus 1.—(1) This Constitution is Supreme and its provisions shall have binding force on all authorities and persons throughout the Federal Republic of Nigeria. (2) The Federal Republic of Nigeria shall not be governed, nor shall any person or group of persons take control of the Government of Nigeria or any part thereof, except in accordance with the provisions of this Constitution. (3) If any other Law is inconsistent with the provisions of this Constitution, this Constitution shall prevail, and that other Law shall to the extent of the inconsistency be void.’ This is to say that the belief considered as ground for restricting other practitioners of other religions’ movement is not supported by any law of the land and so, is unconstitutional, null and void and of no effect. Such restriction could also constitute criminal offence as it aims at disturbing public peace among other likelihood of offence. Nevertheless, no citizen is permitted by law to take laws into his hands. Allegations of violations of human rights are enforceable in the appropriate court of law or by utilizing administrative means.

For instance, by reporting to the National Human Rights Commission or by resorting to the law enforcement agency where such contravention is also an offence under the appropriate criminal law(s). Furthermore, section 39 of the Constitution has guaranteed every citizen the right to freedom of expression and the press. Meaning that every citizen is free to express himself by whatever means or by whatever medium or media, whether in words or action or conduct or by any part of his body or by intellect. He does not require any permission or control from any other person or authority. Peaceful protest is a freedom which does not require the permission of any authority or person.

Furthermore, I must say that the above freedom are claimable and entitled to by every citizen of Nigeria whether as a child or as a person of eighteen years and above, whether male or female or whether rich or poor or whether as maid or servant or master under the Constitution without even considering the guarantee of such right under the Child’s Rights Act, 2003 or under any other statute.

Finally therefore, the real essence of freedom in my humble view is for every citizen to gain independence over his freedom without any fear or favour or external control except to such extent as derogated by the Constitution in section 45(1) of the Constitution. Therefore, every citizen has the incidental right to enforce his right to freedom whenever such right is or has been or likely to be contravened by any person or authority or to report to the National Human Rights Commission or the law enforcement agency in addition to the civil enforcement where same is likely to constitute criminal offence.