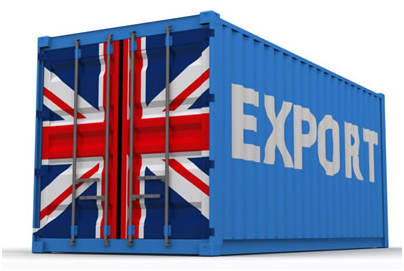 Strong pointers have started to emerge that the United Kingdom (UK) might suffer a huge trade drawback in Europe in its post-exit trade.

A new study by the United Nations Conference on Trade and Development (UNCTAD) says Non-Tariff Measures (NTMs) could cause major fractures in post-exit trade relations between the UK and the European Union (EU), knocking up to $32 billion, or 14 percent, off of UK exports to the EU.

NTMs are policy measures other than ordinary customs tariffs that can potentially have an economic effect on international trade in goods, changing quantities traded, or prices, or both. They are the key factors mediating market access in the world economy.

Potential losses under a “no-deal” Brexit from tariffs that may be imposed by the respective parties are estimated at between $11.4 billion and $16 billion or 5-7% of current exports.

The new study Brexit beyond tariffs: The role of non-tariff measures and the impact on developing countries says NTMs will double those losses.

The UNCTAD study also projects that even if a “standard” free trade agreement were to be signed by the parties, the UK’s exports could still drop by 9%.

The losses will deal a major blow to the UK’s economy, as the EU market accounts for 46% of the UK’s exports.

Mounting trade costs due to non-tariff measures and potentially rising tariffs would more than double the adverse economic effects of Brexit for the UK, the EU and developing countries, the study notes.

UNCTAD’s Director of International Trade, Pamela Coke-Hamilton, while presenting the study’s findings says “EU membership has its advantages to deal with non-tariff measures that even the most comprehensive agreement cannot replicate. This offers important lessons to other regions trying to deal more effectively with such non-tariff measures.”

A potential boon for developing countries

On the flip side, exports from developing countries into the UK, and to a smaller extent into the EU, could increase if the former doesn’t increase tariffs for third countries.

A no-deal Brexit could offer some opportunities for developing countries as trade barriers between the UK and the EU would benefit suppliers from third countries. By contrast, a deal between them would preclude the incentive to turn to third countries, the study finds.

However, the positive third-country effect could be diminished by increasing regulatory divergence. If the UK’s regulations divert over time from the EU’s, trade costs would rise for third countries due to production process adjustment costs and potential duplication of proofs of compliance. This would disproportionately affect smaller and poorer countries as well as small and medium-sized enterprises.

Impacts on developing countries by sector

The study quantitatively explores the post-Brexit role of NTMs and the consequences for developing countries by simulating possible impacts using a panel data gravity model.

Under a tariffs-only scenario, exports of developing countries to the UK would increase by 1.3% to 1.5% while a tariffs-and-NTMs scenario would see them rise 3.5% to 4%, according to the study.

The positive impact would be strongest in agriculture, food and beverages, wood and paper sectors and weakest in electrical and machinery, metal products, chemicals, and textiles and apparel industries.

The UK left the EU in January. The two parties aim to determine their future trade relations during a transition period that lasts until the end of this year.

While a “hard” exit scenario would result in the study’s projections, the economic effects of a “soft” exit in which the status quo is largely maintained pending negotiation of a future trade relationship would depend on the details of that relationship.

Based on the study’s results, that relationship should deal with NTMs in a more comprehensive way than typical free trade agreements (FTAs) and customs unions observed in other parts of the world to minimize potential negative effects.

Around one-third of the EU’s total trade promoting effect among members is accounted for by the way in which it deals with NTMs.

Standard FTAs and customs unions have their trade-promoting effects primarily through tariff reductions. While tariffs are important in the EU context as well, there is nonetheless substantial evidence of an EU effect on trade that is above and beyond the effect of zero tariffs, primarily due to the effectiveness of its approach to dealing with NTMs.

NTMs include regulatory measures protecting health safety and the environment as well as traditional trade policy measures such as quotas and non-automatic licensing.

Regulations affect most of the products we use in our daily lives: packaging requirements and limits on the use of pesticides ensure food safety; restrictions on toxins in toys protect our children; mandatory voltage standards for household plugs enable regional mobility, and emission standards for cars limit climate change.