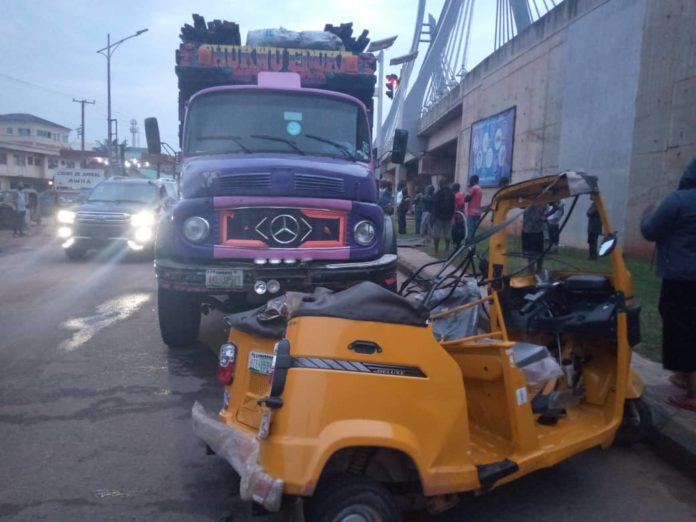 A fatal Road Traffic Crash at Kwatta Junction, along Awka-Enugu expressway yesterday claimed the life of one person and injured another.

According to an eyewitness, the driver of the M/Benz 911 beat the traffic light and rammed into the tricycle, whose rider was obviously not concentrating.

The Public Relations Officer of the Federal Road Safety Corps (FRSC) in Anambra State, Pascal Anigbo confirmed that the tricycle rider was killed instantly, while the female victim sustained serious injuries and was rushed to an unknown hospital by the other male victim in the tricycle and yet to be identified persons. 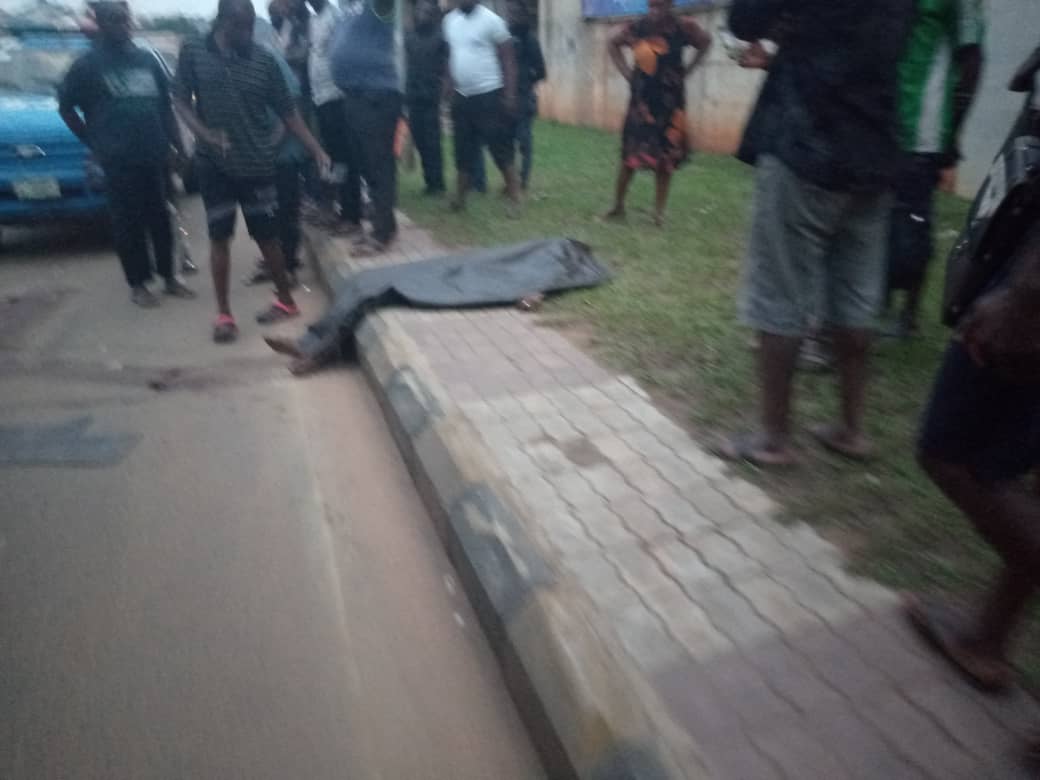 The statement said the 911 driver and his motor boy were arrested by the Police and taken to the Central Police Station, Awka, for further investigation.

“The vehicles were also towed to the Station. The corpse was deposited at the morgue at Chukwuemeka Odimegwu Ojukwu University Teaching Hospital, Amaku-Awka by FRSC rescue team from Anambra State Sector Command, Awka.

“The Sector Commander Federal Road Safety Corps Anambra State, CC Andrew Kumapayi strongly warns drivers against violating Road Traffic Rules and Regulations. The traffic lights and other road furniture has been installed to help prevent avoidable road traffic crashes, they must be obeyed at all times. He sends his condolences to the family of the dead and wishes the injured victim quick recovery,” the statement said. 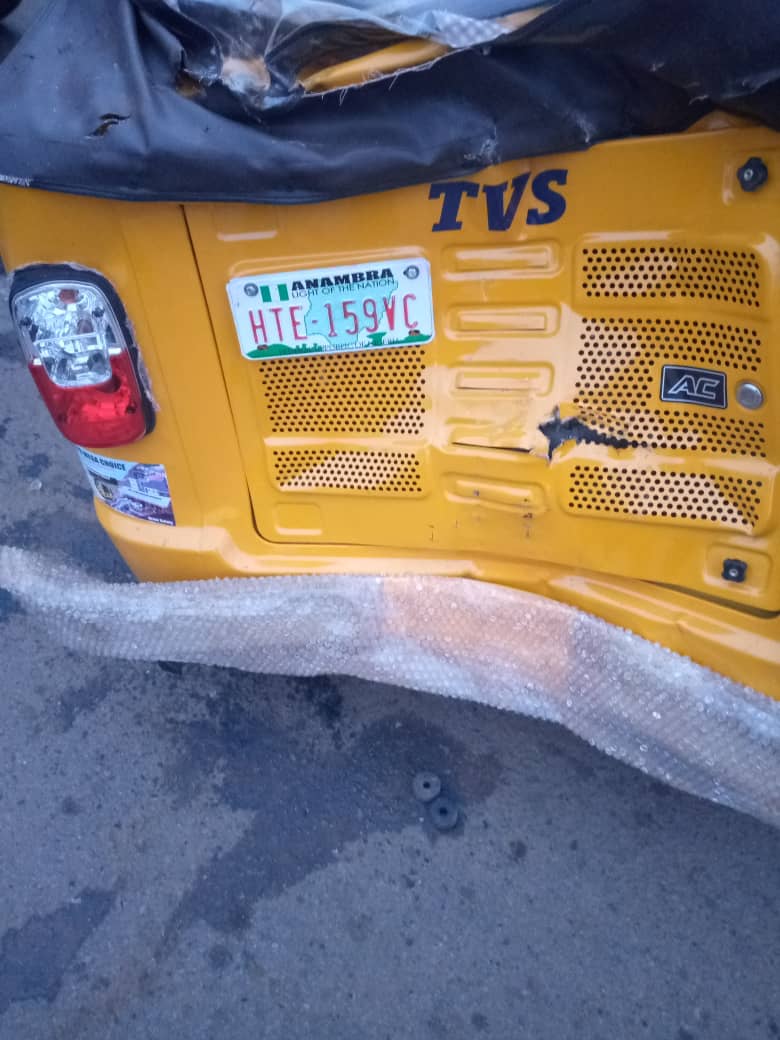