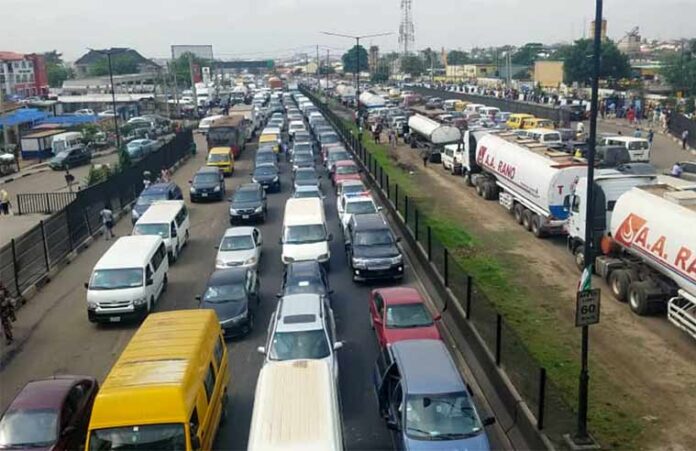 If you are not coming through the ports, the ancient and Nigeria’s largest city by geography, Ibadan, remains your major funnel from any part of Nigeria to enter the megacity and most populous city of Nigeria, Lagos. Ibadan and Lagos share such close proximity that the relationship between the two states is so intertwined and had birthed an age long cultural saying that, ‘bi e ba wa mi de Eko, ti e ko ba mi n’ile, Ibadan ni mo wa’ (if you seek me in Lagos and cannot find me at home, I am in Ibadan). The Lagos-Ibadan expressway is said to be the busiest in the country as it connects to the southern, eastern and northern states as a major route. This busyness is confirmed by the thick trafiic you always on this expressway.

From a clear look, judging by the proximity, the Lagos development shows the potentials of extending faster to Ibadan than any other state. Consequently, the social challenges of Lagos automatically find their ways into the ancient city as well. That we have not had such fast social development to be so all-encompassing in Ibadan may be, hypothetically, due to the largeness of the city.

One of the challenges fast rising in Ibadan as development rises, is the accumulating traffic. As a commuter on Ibadan routes, what we have had on the major roads in the last two years has been an unusual manner of traffic. The congestions have suddenly accumulated. Roads enroute Iwo road have been an eyesore. Iwo road is a popular roundabout in Ibadan, harboring travellers to, and from Osun/Ife, Lagos, Ogun, etc. It is equally a major business district mixed with residential apartments for the Ibadan dwellers. The bus stops and parks around there are countless. You can imagine the traffic too. Believe me, as a visitor to Ibadan or someone trying to get to a location in time, you do not ever want to be stuck at Iwo road. It is worse in the weekend. In six hours and still counting, you could be stuck.

The usual Ibadan traffic congestions have been due to some trailer breaking down somewhere. Nowadays, the traffics practically lockdown minor roads even within streets where if you are in the middle of such, the fact that you can neither see the head nor tail of the traffic, makes you hopeless. It is a bigger regret if you had attempted to escape the major road traffics only to be choked in the middle of nowhere on the minor roads. Such traffic escape routes are many around Iwo road, linking other localities like Olorunsogo, Soka, Academy, Gbagi, Alakia, Airport and the likes. The ‘Challenge roundabout’ connects commuters of ring road, Molete, Orita, and even those from Iwo road heading for challenge, New garage and Felele. You do not want to be at Challenge from 7pm, and if you are heading for an 8am office, plan extra 30 minutes for the road in the morning. The manner the traffic takes nowadays, gentle men on suits may end up removing ties and roll their sleeves in readiness for combats. The frustration is real and you cannot always sue someone all the time.

The very fast rising Akala expressway, from New garage down to Apata, is still one of the smoothest routes. Although, the Tipper-garage junction leading to the ‘V’ roads of Asipa and Asunle/Arapaja/Quarry can be a challenge. With the aforementioned being destinations of commuters who equally join with vehicles that bend from Orita through to Odo-Ona Elewe, they are all coming out at Taska filling station, same Tipper-garage. I tell you, it is war. That particular junction can destroy your patience, it will not only test it. Commuters using the Akala express road may find delay here from 7pm. This is where I watch drivers drama from the top of a complex when I visit the area. It is an unpaid-for, raw cinema, no editing.

We should not forget Mokola. Mokola is a very popular bus stop in Ibadan too. It has a recent overhead bridge. It connects Agodi GRA and leads to the University of Ibadan, Ojoo, Sango and others. Many persons from Molete, Liberty road often head here too. The traffic here is minimal except ‘village people’ want to influence it.

These are very few areas mentioned in Ibadan based on writer’s discretion and expansion. The largeness of Ibadan is well known, in actual fact, there are still lots of areas, though less developed, that you can travel on their roads for hours and having just your vehicle on the road. The roads are rarely used and far from the main towns.

Hypothetically, the recent traffic in Ibadan cannot be disconnected from the recent influx of people to Ibadan. This influx is not far fetched as the congestion in Lagos increases and neighboring city like Ibadan has to accommodate. The relative cost of living and the possibilities of boosting people’s standard of living within the developing environment are attracting factors. In fact, quite a number of Lagos workers live in Ibadan. It is a city where the poor and rich share demography and geography. This is because, unlike the newly developed estates in Ibadan, the areas that grew into estates have always had the pioneer residents who are either poor or averagely okay before the influx of modern builders and new residents in the area. No doubt, the increasing influx of the rich into the suburbs would eventually grow the gap of inequalities and the average dwellers who live in houses on rents would find their ways into other localities. This is largely playing out in Lagos where the poor are consistently chased out of the town with high cost of living and other policies that can be said to be outrightly against the poor.