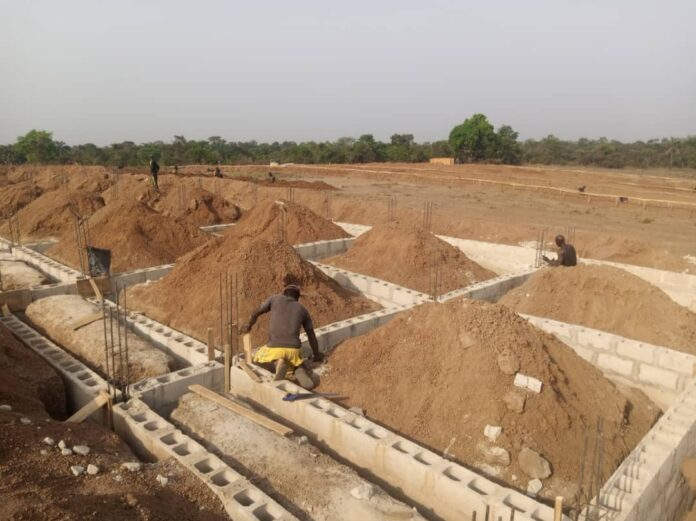 Awka – Anambra State Government has commenced the development of a 10, 000-shop capacity Awka Capital Territory Ultra Modern Market at Isiagu, Awka South Local Government Area.
The project is the outcome of a partnership is between the state government and JC Micheals Nigeria LTD.
Governor Willie  Obiano while inspecting work on the project on Saturday, expressed happiness that Anambra indigenes are gradually thinking home.
Governor Obiano who was represented by the Secretary to the State Government, Prof Solo Chukwulobelu said, “It is the  duty of the government to provide enablers for investments to thrive and my administration is doing that. Our resolve in ensuring the security of lives and property is paying off hugely today.
“Locating this market here is in line with Anambra Vision 2070 which is trying to diminish the culture of building markets on the streets or within the residential areas. This project will also  open up this area and decongest the capital city which is already getting over populated.”
The governor thanked Keystone Bank for coming through with the financing of the project.
Earlier in his opening remark, the developer, Chief Jude Agbuzie expressed appreciation to Governor Obiano for providing the political milleu that paved the way for investors to think in the direction of the state.
According to him, the Market will comprise 10, 000 lock up shops, a hospital, fire service centre, entrepreneurship development Hub amongst others.
Chief Agbuzie assured that by second quarter of 2021, a total of four thousand, six hundred lock up shops would have been completed and ready for use.
On his part, Mr Anayo Nwosu who represented MD/CEO of Keystone Bank, Mr. Olaniran Olayinka said the bank is ready to finance the project fully and thanked the state government for the opportunity as this is their first business since the creation of the state
On behalf of the host Community, the Traditional Ruler of Isiagu , Igwe Austin Nwankwo, thanked the state government ,the developer and keystone bank  for siting the project in their town and promised full support of his community Isiagu.
Hon. Uchenna Okafor, the Honourable Commissioner for Trade and Commerce while thanking Governor Willie Obiano for his efforts at decongesting the Awka city, appealed to the developer to deliver the project in record time.