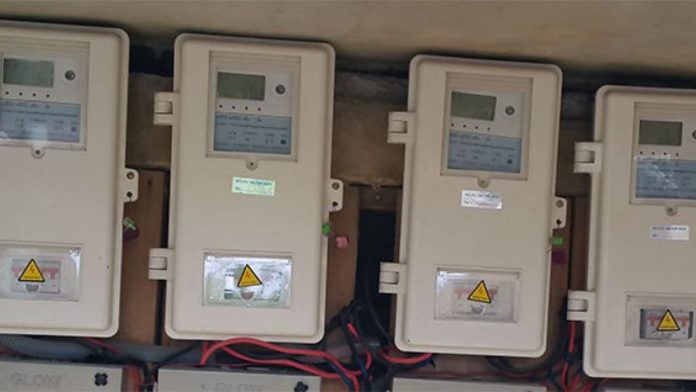 Electricity consumers in Nigeria who have been suffering from the scourge of estimated billing will soon be rescued from that burden as Metering Solution Manufacturing Services Ltd in Awa, Onna Local Government Area of Akwa Ibom State is flooding the market with prepaid meters.

Chief Executive Officer of the company, Adebisi Adeniyi, says with an installed capacity of three million prepaid meters annually it is capable of meeting the needs of electricity consumers in the country.

Adeniyi, said the company is the biggest in sub-Saharan Africa in terms of metering solution with a capacity of three million pre-paid meters per annum on a single shift, and is also capable of producing six million prepaid meters working in two shifts in a year.

According to the CEO, ‘’our facility is clearly and arguably the biggest in Africa in terms of metering solution. People always said we are the biggest in sub-Saharan Africa, but I have since come to realise that we are actually the biggest in Africa. That’s the truth. We work in three major activities. We assemble Semi Knock-Downs (SKDs) which is a semi knock-down component for prepaid meters, two and three phases.

‘’We also go into what we call Injunction Molding for the manufacture of meter boxes, because all our boxes are pole mounted. So, we need boxes to accommodate them when they are outside because of the weather. And the third thing we do is to assemble those metal, the assembled SKDs into the manufactured metal boxes, that is why we call it Metering Solution Manufacturing Company.

‘’There are two modes of manufacturing SKDs. In SKDs we bring in components in modular form and assemble them together, which in this case is the Micro Controller Unit (MCU) and Customer Interface Unit (CIU), the one that goes to the pole which is MCU and the one that is at the customer premises which the CIU. That is where you vent or recharge your meter when you run out of credits.’’

He commended Governor Udom Emmanuel for creating an enabling environment for investors, pointing out that by so doing, jobs are being created for the youths of the state to keep them away from restiveness and criminal tendencies.

‘’The governor is trying to make the environment work, create jobs, take off our youths from the streets and reduce crimes. That is why they say that Akwa Ibom is the safest in Nigeria. Mid last year, I hosted 27 Generals from Nigeria Defense Academy, and they said they wanted to know why Akwa Ibom is the safest state and I said there is no magic, create jobs, take youths out of the streets and keep the environment safe because they are the ones who are involved in most of the crimes..

‘’What the governor in his magnanimity has done is to invite investors, give us the enabling environment in terms of the land, access road and everything you see is as a result of the efforts of the state government. We have a 33KVA sub-station which is also from the government. They are giving dedicated 24/7 power supply direct from Ibom Power so that we don’t have to be using diesel, which to a business man is not sustainable.

‘’What Governor Udom Emmanuel has done is to bring investors. So far, the government has brought almost 12 to 13 companies to Akwa Ibom and that is phenomenal. Who knows what would happen in the next four years. Maybe we are going to have about 30 companies’’, Adeniyi said, disclosing that his company will soon begin the manufacturing of solar panels as well as low energy bulbs in addition to being a metering solution firm.

According to him, the products of the company are already being exported to other African countries including Liberia and the Gambia. ‘’It is an on-going thing. We are doing two things. We are going into solar panel manufacturing. We will assembly solar panels here in Nigeria, not just meters, but solar panels, because everything is about electricity whether you get it from the grid, generator or solar.

‘’Secondly, we are also talking with other companies for the manufacture of LED bulbs, because they consume less voltage. Three, in terms of our injection moulding facility, we use it to manufacture meter boxes for now, but we want to into manufacturing sockets and distribution.’’