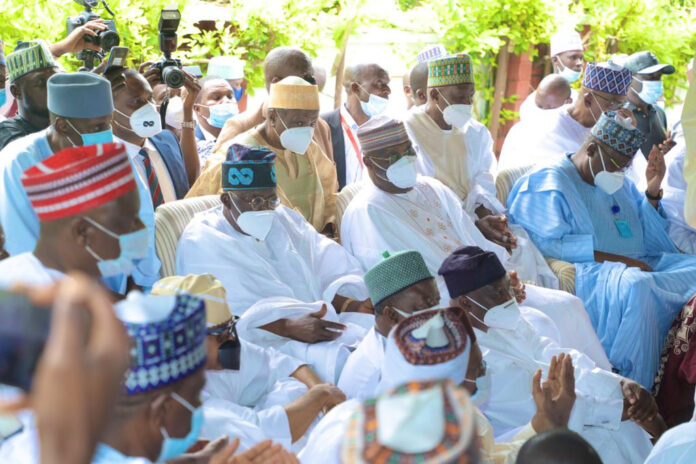 Former Peoples Democratic Party presidential candidate, Atiku Abubakar, on Saturday met with some chieftains of the All Progressives Congress.

Atiku met with National Leader of the APC, Bola Tinubu, Governor of Kaduna State, Nasir El-Rufai during the wedding fatiha of his son, Aliyu.

Noticeable at the wedding was former Governor of Kano State, Rabiu Kwankwaso.

The wedding Fatiha held in Abuja.

The campaign poster of Atiku, who was a former presidential candidate of the PDP, was posted on Twitter by a political analyst, Olushola Olufolabi.

In the poster, Atiku was presented in Hausa, Igbo and Yoruba attires signifying the three main geopolitical zones in the country.

A tweet accompanying the poster by Olufolabi described the former Vice President as a unifier.

As at the time of filing this report, neither Atiku nor his media aides have reacted to the campaign poster.