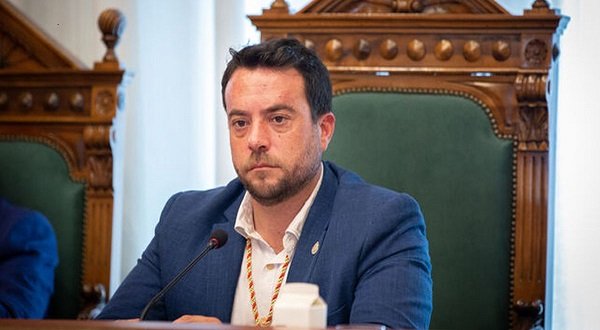 The Mayor of the Spanish coastal town of Badalona, on Wednesday, resigned after being arrested for violating the strict curfew imposed to curb the spread of the coronavirus in Spain, a Deputy Mayor, announced.

It was gathered that Mayor Alex Pastor was travelling in a vehicle in Barcelona, not far from his town, and was unable to give any justification for his trip when the Police stopped him.

He also refused a breathalyser test and even bit one of the officers in the process.

According to fourth Deputy Mayor, Ruben Guijarro, in a letter to his party, the Socialist Worker’s Party of Spanish Prime Minister Pedro Sanchez, Pastor also announced his resignation as Municipal Councillor.

The former mayor, who is in police custody said all accusations made by the authorities were true.

The Head of the party’s branch in Catalonia Miquel Iceta said that Pastor’s actions were incompatible as a public office holder and had demanded his resignation.

The industrial and university town Badalona is 10 kilometres North-East of Barcelona.

It has more than 220,000 inhabitants and is the third biggest city in the region.

Spain has recorded more than 200,000 coronavirus infections and over 21,000 deaths, making it one of the countries, worst affected by the pandemic.

However, to curb the spread of the virus, a strict curfew had been in force since March 15.

Walking and driving for leisure and outdoor sports were strictly prohibited.

The parliament in Madrid on Wednesday is expected to approve a prolongation of the state of emergency, including slightly eased lockdown measures.

However, the prolongation of the state of emergency would take effect from Sunday; children up to the age of 14 will be allowed to leave the house for a short time.