The combative Rivers State Government under the watch of Nyesom Wike, a seeming vociferous Peoples Democratic Party (PDP) governor on Wednesday ignited a political fire in the state without substantiating its claims with credible security reports.

Unarguably, Rivers is the capital of Nigeria’s oil and gas industry and very strategic to the petroleum-led economy of the country. But, despite its economic status, the state has been suffering a worrisome bloodletting politics of the contending political gladiators.

The political heat in the state is coming from the Ikwerre axis of the big oil and gas state whose son, Celestine Omehia, rose to power for the very first time in 2007 on the back of an inglorious K-leg episode.

Rivers was created on May 27, 1967, by the Yakubu Gowon military administration. However, Chibuike Amaechi, the incumbent Transportation Minister later abort the Omehia administration following his Supreme Court victory in October 2007.

Amaechi brought Wike to the front burner of Rivers politics as his Chief of Staff. But, these two prominent Ikwerre political potentates fell apart following the backstage schemes for 2011. Wike nursed an ambition of going to the Senate then, but was blocked by Amaechi.

The obviously subdued cat and dog political relations between the two worsened when Amaechi as a sitting PDP governor defected to the All Progressives Congress (APC), President Muhammadu Buhari’s party, ahead of the 2015 elections.

As an incumbent governor, Amaechi failed to deliver the treasure base of Nigeria to the APC, claiming that the then President Goodluck Jonathan resisted him. In 2019, with all the indices of power at his disposal, Amaechi again failed to uproot Wike from the Government House, Port Harcourt.

Arguably, Amaechi has tried all the tricks available to his camp to crush his kinsman, but yet to succeed. Wike is still holding sway.

Now, signs of Rivers of blood are beginning to show as desperate power seekers plot and counter-plot for 2023. It might be politically convenient to drop the name of President Buhari in the emerging nasty politics of Rivers 2023. Buhari no send anyone message, as our downtown folks would say.

The Wike administration either has to make public the evidence of the State of Emergency they are claiming or desist from stoking the unnecessary fire in the state.

Information and Communications Commissioner, Paulinus Nsirim, a church pastor claimed in a statement that the unnamed persons have been making attempts to achieve this goal since 2015, but that they have “never succeeded because of God’s intervention”.

Nsirim says the same people did everything within their powers to ensure that the 2019 governorship election results were not announced but also failed woefully, and accordingly described the plot as a build-up to the 2023 elections, and that as the jostle for presidential and vice-presidential tickets gather momentum, they want to use COVID-19 to create a crisis as if the state is at war with the Federal Government.

“They have decided to create unnecessary tension as if indigenes of Ahoada, Eleme and Port Harcourt are fighting with Northerners not to carry out their legitimate businesses”, the commissioner said,

“Throughout this COVID-19 pandemic, states like Enugu, Lagos, Cross River, Akwa Ibom, Edo and Kaduna have been intercepting lorries carrying human beings instead of foodstuffs. This is the same thing that the Rivers State Government is doing to protect the state from COVID-19.

“Bandits have been killing innocent people in Sokoto, Katsina, Zamfara and Kaduna states and indigenes of these states, no matter their political differences, are working together to protect their states.

But here in Rivers, instead of supporting our efforts, these Abuja politicians are busy looking for the State of Emergency because they want to acquire power.

“We are alarmed at these hideous plots against our State. Rivers State has never fought a war with strangers or neighbours. Our fight against COVID-19 is to protect the lives of everyone living and doing business in the state. We are aware that some shameless politicians are playing politics with COVID-19.’’

While claiming that one of the respected chieftains of APC had to expose their plan to use COVID-19 to launch into the politics of the state, the commissioner added, “this is what we see in the lives of ungodly, dangerous and power-hungry people who claim to love the state. After their clandestine meetings, they have voted huge sums of money to entice and recruit gullible persons to carry out their plan.”

The Wike administration is, therefore, calling on all patriotic Rivers indigenes to be on alert “to resist the devilish plans of these unpatriotic elements who connive with enemies of the state to cause confusion”, saying that “as a state, we have always defeated these sadists, and with God on our side, we shall overcome them”.

As a journalist who was once Chairman of the Rivers Council of the Nigeria Union of Journalists (NUJ), and an information technocrat, Nsirim need not be told that weighty allegations of the nature they are mouthing about need to be supported with credible evidence.

On record, Nsirim remains the only political figure who was screened by the state House of Assembly for a commissioner portfolio but ended up as a Chief Press Secretary to Omehia. When the days of that administration was cut short by Amaechi, he returned to the state Ministry of Information where he rose to the peak as Permanent Secretary, and now the commissioner.

As a cleric, Nsirim should not allow the petty intra-ethnic political antagonism to distract him from deploying his rich experiences in galvanising the state for the good of all or the greater number of the citizenry. Wounds may heal but the scars stay as long as the injured live. Rivers belong to neither Wike nor Amaechi. Political power is transient and as such, let power gladiators think of tomorrow.

And like Ndigbo used to say, echi di ime (tomorrow is pregnant). None of the contending political forces be they the pro-emergency or the anti-emergency hotheads know what tomorrow will give birth to in the troubled Rivers. Buhari will certainly not allow history to chronicle him as a leader who gave the go-ahead to the destruction of Rivers State! 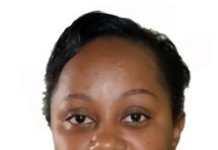 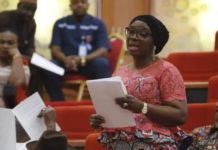