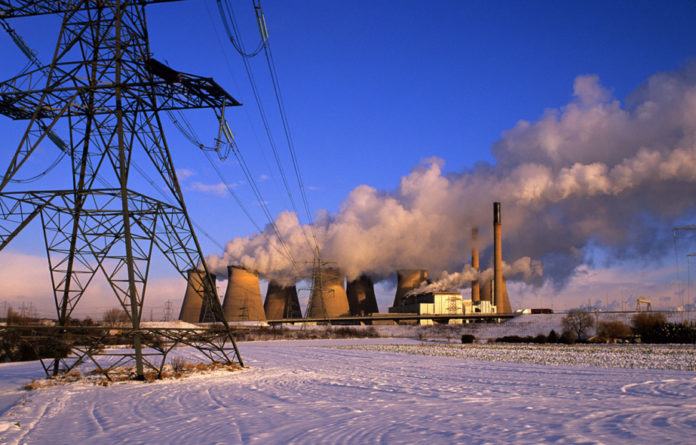 A growing number of institutional investors are holding off from making investments in coal-burning power plants since coal emits more global-warming carbon dioxide than natural gas.

Amid a strengthening movement to replace it as a power source, there is a research that aims to enhance coal’s appeal by reducing its impact on the environment.

The Japan Coal Energy Center (JCOAL) has signed a Memorandum of Understanding with parties including the American state of Wyoming and Columbia University. The project was reportedly mentioned during the summit between US President Donald Trump and Japanese Prime Minister Shinzo Abe at the Group of 20 gathering last June.

The technology being developed will capture carbon dioxide produced by coal-burning power plants and mix it with calcium-containing coal ash and industrial waste. The resulting calcium carbonate can be used to make concrete and roads.

Columbia University is running pilot trials on the technology with prototype equipment. The other partners will explore ways to scale the process up.

After hammering out details, the partners will launch the joint development project in earnest as early as next fiscal year. A 400-megawatt coal plant in Wyoming will serve as a staging area. Financial support from governments in both countries is very likely.

But Japan became increasingly reliant on coal. With nuclear plants idled after the Fukushima meltdowns of 2011 and slow to reopen, coal has been adopted as a cheap, reliable energy source. It now accounts for more than 30% of the mix here — second only to natural gas.

Under the plan, Japan will keep burning coal in the short term but abide by Paris Agreement goals by developing technology for carbon dioxide reuse.

Coal also accounts for more than 30% of the energy mix in the US The country has far to go before weaning itself off coal, even with increased output from such renewables as wind and solar power. Trump announced in 2017 that the US will withdraw from the Paris Agreement.

The Japanese government has partnered with Wyoming, a state with many coal plants, to advance technology for carbon reuse and recycling. The tie-up also sends a signal to financial groups concerned about Japan’s dependence on coal.

Demand for coal is still strong globally — especially in such Asian economies as China and India, whose electricity consumption has jumped as their economies have grown. These countries would be ripe for exports of the carbon-recycling technology if it reaches commercial viability.