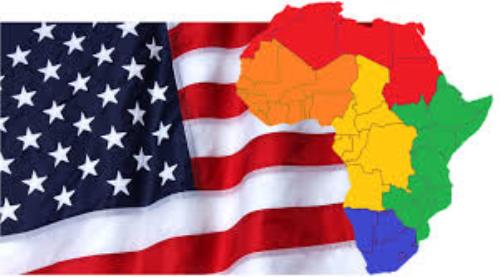 It used to be that if you go abroad and failed after four years of the first degree, six years for masters or ten years of Ph.D. you are too embarrassed to return home. Village people would visit your families asking questions after each degree. Today, the same people would beg you to stay away and send money home. The celebration before you leave is to become a cash cow, not to come back and build your countries.

This friend of ours had a flourishing medical practice at home and a visa to the United States. It took him a while to decide since his wife also had a good job as a nurse. He eventually sold his business and moved. Needless to say, he took many examinations while his wife got a job as a nurse after passing her exams sooner than him.

Well, nothing spoiled. She worked hard even before getting her state nursing license. Sometimes two, three jobs or overtime to provide a comfortable home for their grown children. As a good husband, he also helped anyway he could, providing support to the wife. She was always tired and complained of a lack of cordiality to black professionals.

The relationship in the family changed somehow, since the wife and children that had always come to him for support when they were back home, shifted the responsibilities to the wife alone. Apart from the little slights that could happen anywhere, the family held together. Credit must be given to both husband and wife that adapted to the realities of a new country. The uncomfortable situation has broken some other families.

He finally took other exams in related fields and passed as a brilliant man from his school days. But medical practice eluded him. He could have gone to remote areas like Indian Reserves but decided to stick with his family especially in America where children without father at home could easily go astray. Moreover, he had to uproot his family again, especially the children that had become adapted to a major city.

Nevertheless, the distance within the family grew and he lamented privately to his friends that the worst mistake he ever made was leaving home to settle abroad. He never blamed his wife. If anything, he praised her for putting up with him. Indeed, he remembered very well that his wife was not willing to leave home, it was the children that dreamt about America every day. Eventually, the lure of America flowing with milk and honey was too much to resist.

The same children later turned into Americans, losing the close African relationship they had at home. There were times he thought about saving some money to go back home and buy back his medical practice. (For whia!). Unfortunately, the practice had grown so big, he could not afford it, even at a discount. No amount of money would buy back that location. Anyway, the owners whose wish and prayers came true would not sell it.

On vacation, one of his successful friends with two big trucks (tippers) and employees running goods and services asked him for advice. He would like to sell his business and check out to America! The doctor raised alarm! Here is a man that wished he had not sold his own business and even tried to raise money to buy his business back. When he asked the truck businessman if he was crazy, he answered no.

He heard a great deal about America and just want to be like him. There is a difference between an honest living and becoming comfortable; being in money in Africa compared to America or Britain. It is may not be so obvious for the blind to see it. There is more to being rich as a Blackman in your own country and being rich in the Diaspora.

Actually, the good doctor was lucky with his situation. Another friend of ours made it big with his own medical practice, employing other doctors and nurses. One went into a group practice with his friends and made it big too. These are all successful businesses from a distance but in America, they paid heavily. Any successful Black in Diaspora has to be above par since you are constantly being watched to see how you overcome the odds against you, installed for a purpose. Even if you are the head of the dog catchers.

Many hid their pain with painkillers or booze, some of them lost their marriages and the most unfortunate ones were targeted and raided for abusing Medicaid and Medicare. When the names of some medical practice or nursing homes got into the news, please understand that there are other sides to these stories. These were hardworking Africans that got caught up in a mess they never expected. Their excuses are that they billed the same way every medical practice or nursing home did. Using the same accountants.

There is a familiar brilliant specialist that was almost crippled for some procedures he performed in one of the biggest hospitals in the USA. He got so tired and fed up, he sued for discrimination and won big. The intelligent man collected his judgment money and established his own Medical Center. He did not stop there, he built up his African village and going into politics in his State; (wonder why, why!) Before you ask everybody to sue for money, note that for every one that succeeded, many lost their discrimination cases.

As a judge explained in a lecture, if every case of discrimination won, most businesses would be killed in Judeo-Christian capitalism. It is the most egregious case that won. None of these folks would come home and tell you of their struggles, frustrations, pains, broken marriages and regrets. Each of these is too embarrassing to tell. We also have to understand that for each of the successes in America or Britain, there are also many casualties. Nobody wants to listen to your sorry cases. We love successful stories O!

Therefore, when you hear that visas are geared to attract the best talents and migrants that can invest heavy cash, you must wonder if those before you that have paid with their families, mental and physical health are coming back to tell you the truth or they are too embarrassed to admit that they made the worst mistakes in their lives.

Look, there are different prices to pay in each country no matter where you are, even in African countries. True, but African brilliant talents pay more on top of those problems when they are not in their own countries. Nobody wants to work in a hostile environment no matter how strong you are. The stress of working against all odds takes its toll on your families, mental and physical health. Those who came back home and fought for our Independence were driven by the hypocrisy they faced abroad.