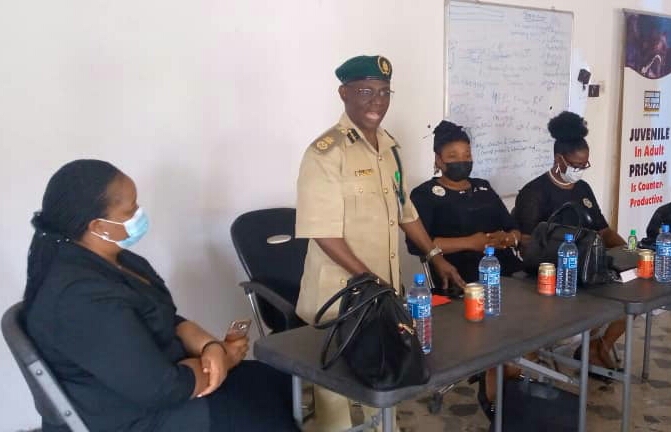 Enugu – The Controller of Corrections in Enugu State, Mr Joseph Emelue, says that the Nigerian Correctional Service (NCoS) will engage in massive sensitization and engagement of key stakeholders, on non-custodial measures in Enugu State.

Emelue said this in Enugu while officially opening a three-day training for Non-Custodial Directorate of the NCoS, Enugu State Command and other sister agencies.

The three-day training is organised by Prisoners Rehabilitation and Welfare Action (PRAWA) and funded by Open Society Initiative for West Africa (OSIWA) under strict observation of the COVID-19 protocols.

Speaking at the training, Emele said the NCoS will further step the training down to involve a broad spectrum of stakeholders and leaders of communities where the non-custodial measures such as community services will be implemented.

According to him, for the non-custodial measures in the NCoS Act 2019 to be implemented, stakeholders and indeed Nigerians must understand it and cooperate with the judicial system to make it work effectively.

“For NCoS officers and officers of other sister security agencies being trained, I expect them to fully understand and gain expert knowledge on the non-custodial measures in the NCoS Act 2019.

“They must have good grasp of the concept and practicality of the non-custodial measures as officers in the field. This will further help reduce over-crowding in the custodial centres, ensuring that people who commit minor offences are given commensurate reformative punishment within their communities and other benefits,’’ he said.

The Enugu NCoS controller expressed the hope that if all stakeholders and even communities key into the non-custodial measures of reformation, the change inherent within the NCoS Act would be achieved and the society will be better for it.

He charged officers to take the training seriously and seek clarification on grey areas, from the seasoned resources persons for the training, commending Prisoners Rehabilitation and Welfare Action (PRAWA) and its funding partner, Open Society Initiative for West Africa (OSIWA), for the training and being the catalyst for reforms in the NCoS.

A lead resource person at the training, Justice Chinyere Ani, said synergy among the NCoS, law enforcement agencies (especially the police) and the judiciary would be highly needed to make the non-custodial measures work.

Ani, who is a judge at the Enugu State High Court, while harping on the need to fully understand the concept of non-custodial measures, also said there is a greater need for will-power to implement it.

Mr Chioma Anuna, who represented the Executive-Director of PRAWA, thanked the NCoS and other sister agencies in the state for keying into training and need for reforms to better the society.

“PRAWA believes that with working together, implementation of non-custodial measures would be easy, popular and widely use; while the society will benefit immensely from it,’’ he said.