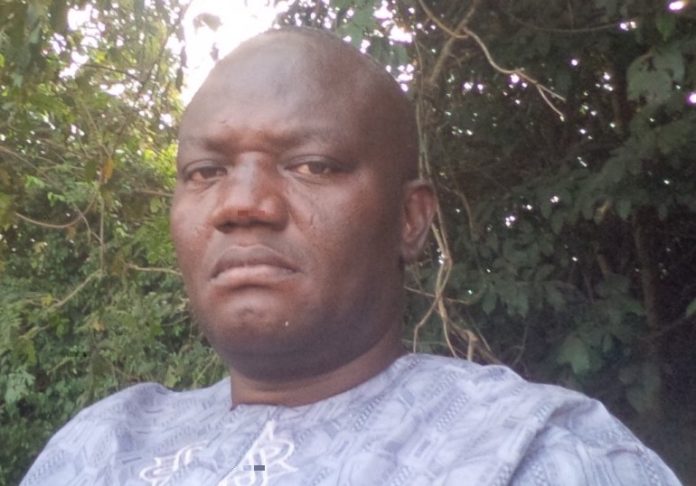 It is neither a bad idea for the Federal Government to take measures aimed at bolstering the total revenue accruable to its purse, nor was it ignoble or less productive for its Ministries, Departments, and Agencies (MDAs) to compete and struggle to outdo one another. However, all competitions for relevance by the MDAs must be done in accordance with the stipulated laws of the land. A case in hand is the Stamp Duty collection which, if not well-managed, may set two prominent agencies of the government on the warpath. The cost of collection is the issue here!

Conservatively, the government expects to generate about N2.5 billion daily from Stamp Duty collections, provided there is full compliance with the condition of disclosure and transparency. While the Nigerian Postal Service (NIPOST) maintains that it is “the traditional custodian of the proceeds from stamps, thus, stamp duty”, the Federal Inland Revenue Service (FIRS) is insisting that it is its duty to “superintend over the stamp duty fee collection as it has always done over other duties and taxes imposed by the Federal Government.” Between February 2016 and November 9, 2019, NIPOST was reported to have collected N43.6 billion as stamp duties. Little wonder the-then Yakubu Dogara-led House of Representatives at a time-resolved to probe alleged non-remittance of monies collected in the name of Stamp Duty into the Federation Account by Deposit Money Banks. So, one is tempted to rationalize reasons for the conflicting dialogue between NIPOST and FIRS over the soul of this ‘mine of gold.’

For the sake of clarity, collection of Stamp Duty dates back to April 1, 1939, when the British Colonial Government introduced it into the country. Its payment is backed up by the “Stamp Duties Act 1939 (as amended by numerous Acts and various resolutions and contained in Vol. 22 CAP 411 L.F.N 1990). Last year, the Stamp Duties Amendment Bill 2018 was passed by the National Assembly. The Bill, in part, seeks to expand the scope of the extant Stamp Duties Act CAP S8 L.F.N 2004 (“SDA”) as well as “increase the respective fines that will be meted to persons that contravene provisions of the SDA.”

Being that as it may, the enveloping ecology of poverty, corruption, and maladministration happened to Nigeria; and NIPOST paid its dues like others. The Post was incapacitated at the duty front of Collection of Stamp Duties, and, from the blues, the hawks showed-up, fiercely contending on the tuff which is traditionally reserved for the NIPOST. There and then, what used to be ‘Post Office Money’ became an all-comers affair. Now, even Banks are deeply involved in it! Unfortunately, revenues generated from such collections are never remitted into the Federation Account, thereby depriving the government of huge sums of revenue. And these run into trillions of naira. But now that NIPOST seems to have woken up from slumber, there are desperate attempts to “divert” its “core duty of stamp duty collections, both physical and electronic, illegally from” the Post “to FIRS.” This is unacceptable!

In 2016, this contentious issue between NIPOST and FIRS was resolved in favour of the former and hopes were high that the Post would soon be classified as a revenue-generating agency. So, what has changed between then and now? What is delaying the Post’s induction into the elite club of the Federation Accounts and Allocation Committee (FAAC)? In the exact breath, why has the quest for government revenue suddenly turned into a ‘do-or-die’ of sort between sister government agencies? Again, what is the role of the Ministry of Communications in all of this? For how long will it look the other way while a sister Ministry is being seen as legitimizing this illegitimacy with unrivaled artificiality and unmistakable lack of creativity? Well, though finding answers to these riddles may end up throwing up more questions, efforts must be made to interrogate some polarized positions of our national life. Otherwise, we run the risk of mistaking the shadow for the substance!

Whatever may be its good intentions, development suffers when leadership becomes a dilemma and an imposed compromise. A time like this, therefore, demands that government at various levels get used to the fact that times and things are not what they seem! With the advent of the mobile telephony system, the postage stamps business is no longer lucrative. With a staff strength of over-12,000 and, at least, 1,400 postal outlets across the country, isn’t it disappointing that a typical NIPOST officer is about the least paid, when placed side-by-side his or her contemporary elsewhere on Nigeria’s salary scale? And, that has been the sad story for long! Except the government is wishing one of its agencies dead; and an integral part of the governed thrown into the labour market, the incumbent administration of NIPOST must be commended, not only for its ingenuity but also for giving the workers satisfactory motivation and a hope of better days ahead. NIPOST is a Federal Government-owned institution. As such, it must be empowered to carry out its statutory Corporate Social Responsibilities (CSRs).

Lastly, let FIRS be informed that, until the Acts of Parliament that established NIPOST are changed, nothing can alter the situation on ground. So, rather than dabble into areas that are currently outside its statutorily prescribed schedules of duties, FIRS should try and be more efficient in the delivery of services in its chore and functionally ascribed duties. It should also encourage deep and interesting collaborations with the other agencies of government towards improving on the revenue generation profile of the government, instead of interloping in the legitimate schedules of businesses of other government agencies.

Considering the current drift, it may be necessary for President Muhammadu Buhari to intervene. The presidency must recognize that both the Federal Ministry of Finance and its collaborators will be doing posterity the greatest good if they can desist, henceforth, from spreading conflicts, rather than settling them, thereby exacerbating inter-Ministerial tensions and fueling divisions among Nigerians. That’s how nations are run. That’s how Nigeria ought to be run!