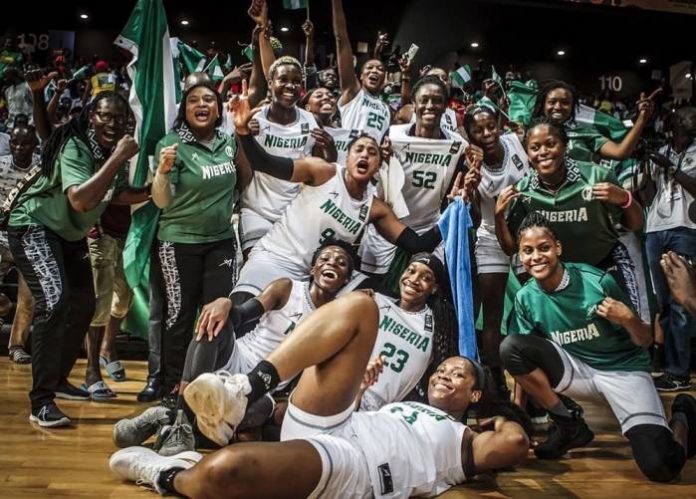 The Nigeria women national basketball team, D’Tigress on Sunday defeated hosts Senegal in the final of the FIBA Women’s AfroBasket to win their fourth continental title.

The News Agency of Nigeria, NAN, reports that victory for D’tigress meant that they also successfully defended the title they won two years ago after defeating Senegal 65-48 in Bamako in 2017.

In a keenly-contested final match played on Sunday at the magnificent Dakar Arena which had as much as 15, 000 fans watching, the Nigeria women beat host Senegal 60-55 to win back-to-back continental titles.

As in previous Senegal games over the past few days, there was a deafening atmosphere at Dakar Arena but D’Tigress held their own.

NAN also reports that with Sunday’s feat, D’Tigress became the first team to win back-to-back FIBA Women’s AfroBasket titles since Angola followed up their 2011 triumph with another in 2013.

To make it to the final, Nigeria eased past Mali, 79-58, in Friday’s first semifinal.

Hosts Senegal needed to work extra hard to overcome a fearless and determined Mozambique team, 60-57, to return to the championship title game for the third time in a row.

Both Nigeria and Senegal have emerged as the best teams from the 12-team tournament and it came as no surprise that each reached the final after four wins in as many games.

After losing to Nigeria two years ago – not once but twice in Bamako – 12-time African champions Senegal were hoping to become the first team to win the tournament at home since the D’Tigress claimed the 2005 continental in Abuja.
With D’Tigress successfully completing their mission, attention will now shift to the male team, D’Tigers who are expected to compete at the FIBA World Cup in China later this month.