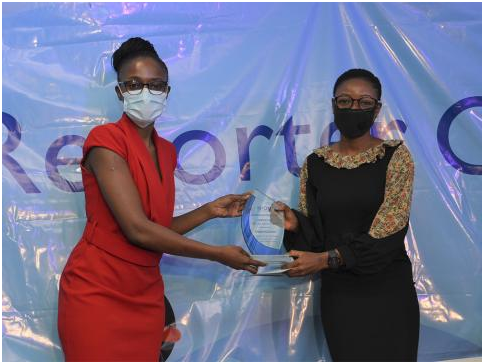 Funded by the government of the Netherlands, the event aims at increasing awareness and improving access to trusted sources of information, and promoting informed decision-making for Nigerians exploring migration opportunities.

The competition also aims to showcase rigorous reporting on online and print platforms, as well as video and radio.

It is coming at a time Nigeria continues to be a country of origin, transit, and destination of migrants where the media has an influential role in shaping public opinion about migration.

Fake news, misinformation and stigmatisation have been witnessed before and during the pandemic. As no country is impervious to this ‘infodemic’, fact-based journalism in Nigeria is critical.

IOM Nigeria Public Information Officer, Jorge Galindo, says “the media has a vital role to play in dispelling myths about migrants and returnees and rebuilding the social fabric in their communities of origin and destination.”

Adding, he says “the works we are celebrating today remind us that migration is not a one-sided story, and that the testimony of each migrant in Nigeria is as diverse as the country’s multi-ethnic palette.”

The competition follows the ongoing engagement between IOM and media practitioners in Nigeria, which began in July 2018, when 45 Nigerian journalists gathered for the first Media Workshop on Migration hosted by IOM in Benin City, Edo State.

To select the winners, a jury composed of some of Nigeria’s renowned journalists and authors, as well as IOM experts, was established.

Three winners under each category were selected. The first prize consisted of N300,000 (approximately $780) and a laptop, while the second and third winners received N150,000 and N100,000, respectively.

The winners were selected among close to 40 entries featuring stories ranging from the nostalgia of the Nigerian diaspora in Cote d’Ivoire to the struggles of cross-border trade along the Nigeria-Benin border, and the impacts of COVID-19 on mobility.

Migration Policy Advisor from the Embassy of the Netherlands in Nigeria, Ceciel Groot, says “a report commissioned by the Netherlands last year revealed that media such as radio and TV are among the main sources that potential migrants use to gain knowledge on migration.

“As journalists you therefore have a big responsibility to improve access to reliable information and promote informed decision making.”

Chinedu Ekeja, a radio host from Benin City, took home the prize under the radio category for his reportage on the socio-economic drivers of migration of Nigerian youth and the pioneering vocational training projects to engage youth at home and abroad.

Oyinkan Adekunle from Lagos won the prize under the TV category for his report titled ‘Risky Pursuits’, which looks into the perils along irregular routes.

In the online/print category, Olatunji Ololade, a journalist from The Nation newspaper, took the prize with an investigative piece titled ‘21st Century Slaves’ about Nigerian victims of trafficking and the role played by their families in their recruitment.

After receiving the award, Ololade said, “this award is an encouragement to engage in more humane and public service journalism to reorientate our youth on the dangers of irregular migration so they don’t fall victim to these criminals. The laptop will be instrumental for me to continue working on my writing.”

The award ceremony coincided with International Migrants Day, the UN-wide celebration of migrants and their contributions to their communities of origin, transit and destination.

The theme of this year’s International Migrants Day, Reimagining Human Mobility, is a call to view the current global health crisis and other pressing challenges as opportunities to build more inclusive and resilient societies, where well-managed migration allows states and individuals alike to maximize the benefits of human mobility.

This initiative was however, funded by the government of the Netherlands through the Trusted Sources project.