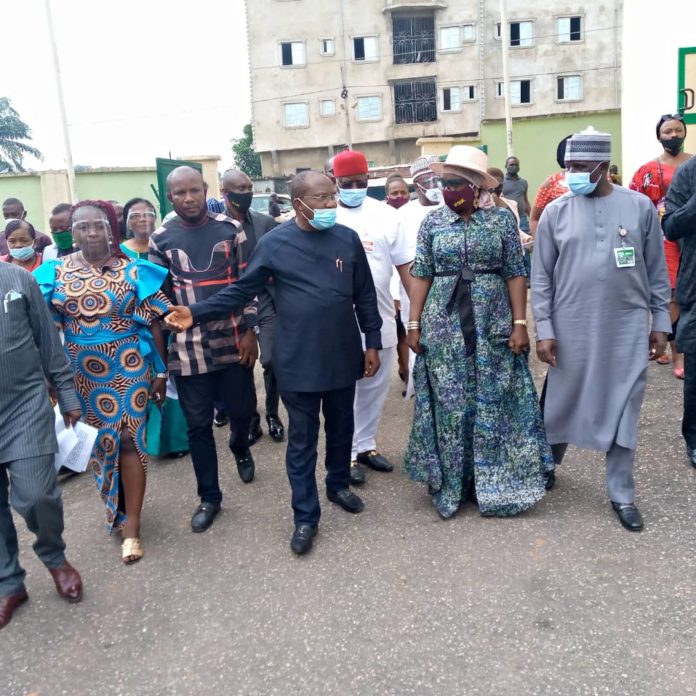 The Senator representing Anambra Central in the National Assembly, Senator Uche Ekwunife has called on President Muhammadu Buhari to make the right investment in science and technology so as to open up possibilities for Nigerian youths.
Senator Ekwunife made the call on Thursday when she left the Senate Committee on Science and Technology on a tour of Science and Technology centres and institute across Anambra State.
Among members of the visiting Senate Committee were the member representing Ebonyi Central, Senator Obinna Ogba, Senator Istifanus Gyang (Plateau North) and Saidu Ahmed Alkali (Gombe North).
The Senators were also joined on the visit by the Director-General, National Board for Technology Incubation NBTI, Engr Dr Mohammed Jibrin.
The centres visited include the Electronic Development Institute (ELDI) Enugwu-Agidi, National Engineering Design Development Institute (NEDDI), Nnewi and National Board for Technology Incubation (NBTI) Southeast Zonal Office, Nnewi.
Senator Ekwunife who is the Chairman of the Senate Committee while speaking after the tour, observed that the Federal Government has not done enough in supporting the technology centres with sufficient funds for research and development.
She observed that the centres have enough manpower and the brains to drive the technological vision of Nigeria and only require political willpower on the part of the government for them to realize their mandate.
“What we have seen today in the course of the tour is amazing. The passion to drive the technology advancement vision is there despite the very poor support these centres are getting from the Federal Government. COVID-19 has shown Nigeria how important it is for us to boost our local capacity to production and without science and technology, we cannot achieve that as a nation,” she said. 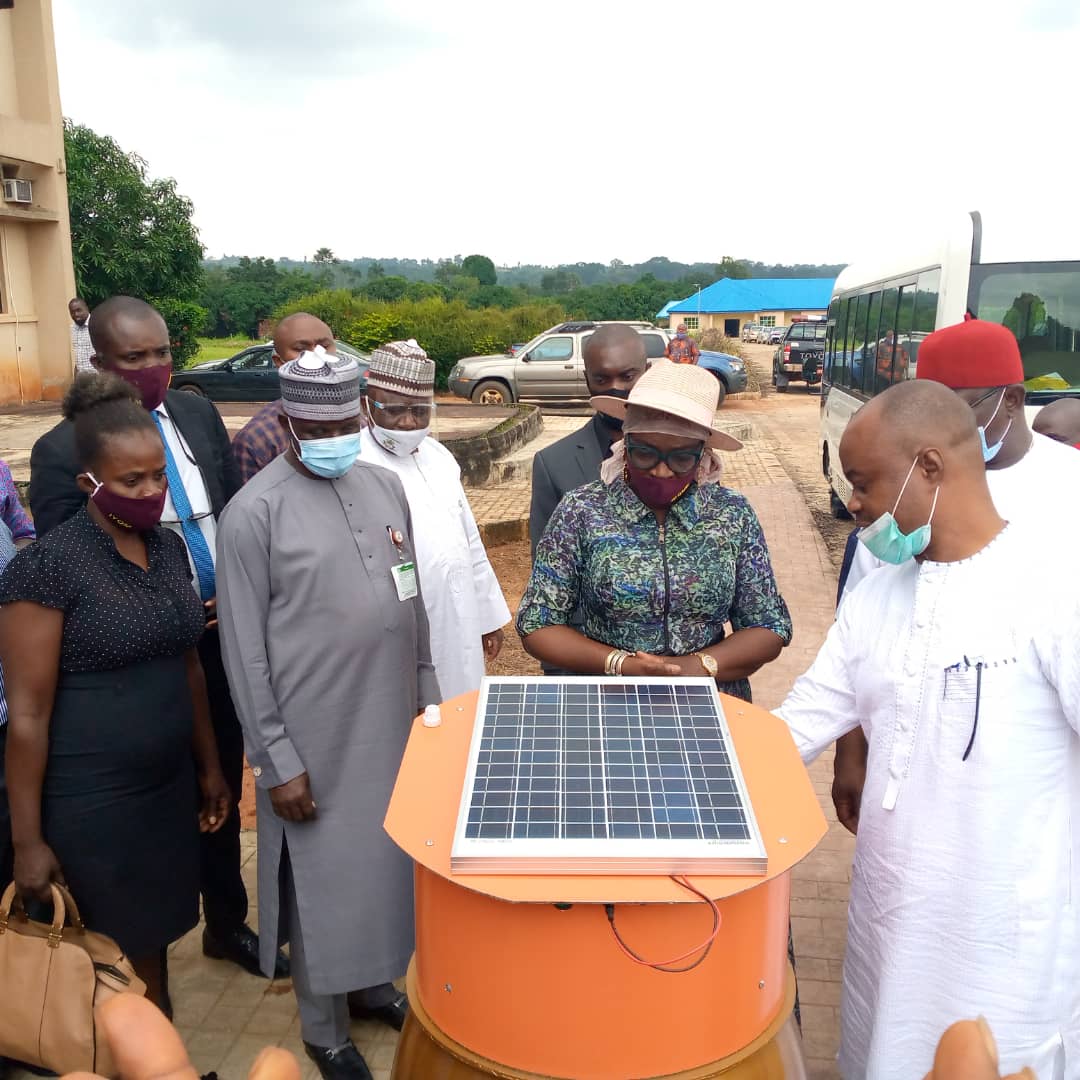 Ekwunife maintained that science and technology has a major role to play in creating opportunities for self- actualization for the teeming unemployed Nigerian population.
“Developed countries of the world are nation’s that have paid close attention to this very important sector. It is a pity that Nigeria has allowed the sector to lie fallow over the years and that accounts for where we are in terms of dependence on other countries. With the right investment in science and technology, Nigeria can start producing a lot of things and end importation for good,” Ekwunife noted.
She also bemoaned the non-availability of start-up funds for entrepreneurs trained at the centres, noting that many youths who have acquired skills end up remaining unemployed due to lack of start-up funds.
In her words, “this is a major challenge. Sometimes when these centres produce skilled youths, most of them end up not achieving their ambitions because they do not have the initial capital to begin. Many of them end up in the unemployed population and the reason is very simple. So, as a government, we must start to invest in not only equipping youths with skills but also availing matching funds to begin with and become employers of labour.”
She assured that the Senate Committee will present its findings to the National Assembly leadership, expressing the hope that the visit will yield answers to the teething challenges faced by the various agencies in the state.
In their separate remarks, the Managing Director, ELDI, Patrick Okwu and his NEDDI counterpart, Arinze Nwosu raised concerns over what the challenges of poor funding, irregular release of overhead, lack of mobility among other concerns which they noted are mitigating the centres’ efforts at functioning maximally. 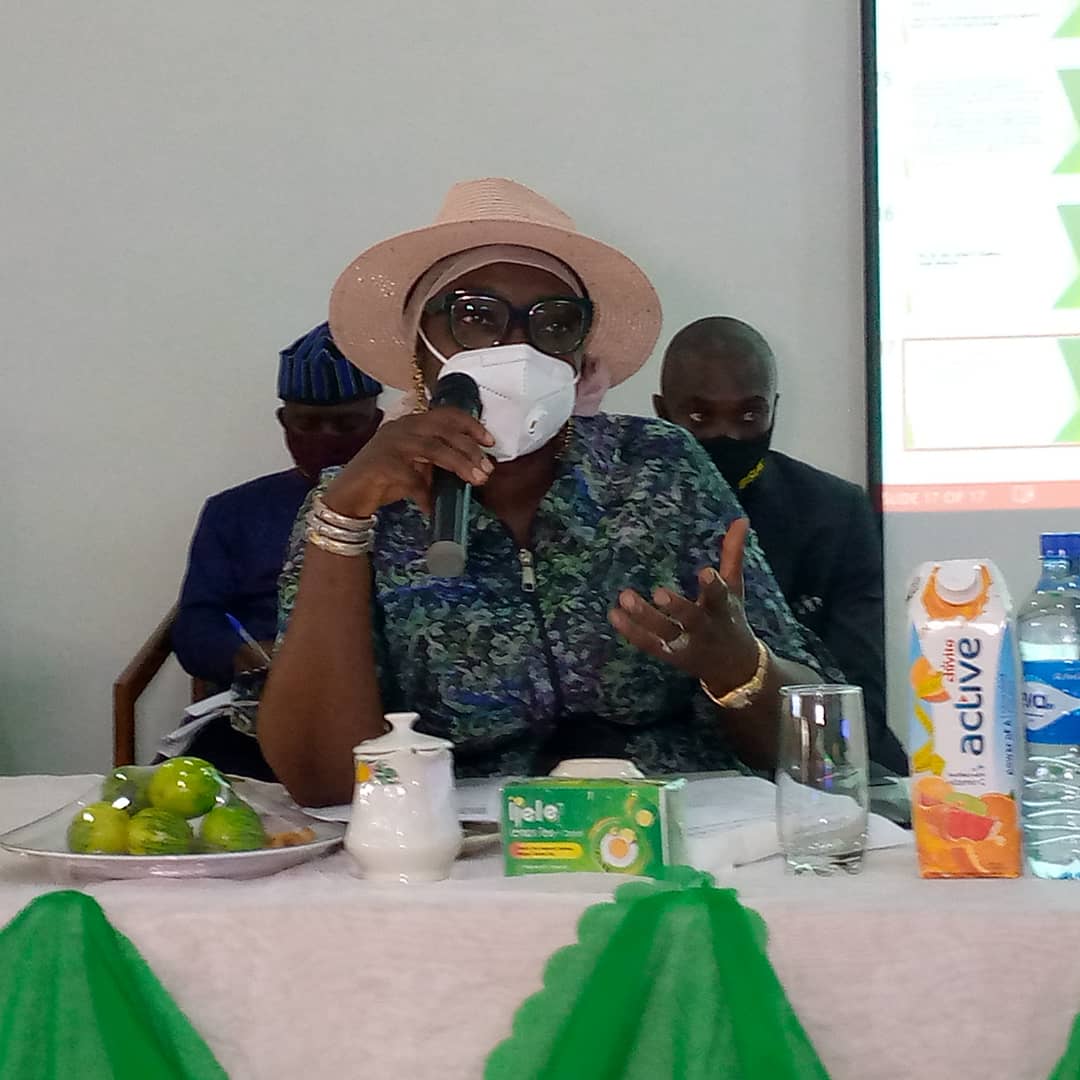 They sought the assistance of the Senate towards addressing the challenges.
On her part, the Southeast Zonal Director of the NBTI, Dr Uche Chukwu commended the Senate team for the oversight which she was optimistic, will help the Institute maintain constant identification of abundant budding talents and channel them through the Incubation process towards wealth creation, employment generation, value reorientation and poverty eradication.
During the visits, the visiting team inspected facilities at the centres and were also exposed to their various technological achievements which they were astonished to acknowledge.