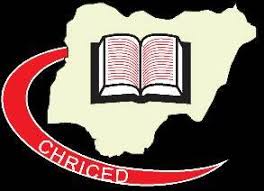 The Resource Centre for Human Rights & Civic Education (CHRICED) has expressed dismay over the decision of the Federal Government to hike the pump price of Premium Motor Spirit (PMS) otherwise known as fuel.

Coming less than three weeks after the last hike, the new PMS price regime of N150 per litre, was perceived by the group as yet another move to inflict further hardship on citizens.

This is more worrisome, as it is coming at a time when the economic ravages caused by COVID-19 have accentuated the poverty in the land, the group says.

A statement issued on Thursday by the CHRICED Executive Director, Dr Zikirullahi M. Ibrahim, said although the government is making a futile attempt to distance itself from the latest hike of PMS price, the Nigerian people are not fools and cannot be deceived.

“The attempt to make it look like the government has no hand in the hike, and that it is the Independent Marketers that are raising prices on their own, amounts to playing on the intelligence of citizens. Nigerians are not deceived. Just like it was recently revealed how so-called legislators corner contracts for themselves in ministries and agencies of government, it is apparent that the so-called companies importing fuel, belong to Politically Exposed Persons (PEPs). It is therefore clear that the so-called independent marketers are agents of people in government, who have for decades held the country to ransom by foisting fuel importation as the only way to meet the country’s petroleum products needs,” the group regretted. 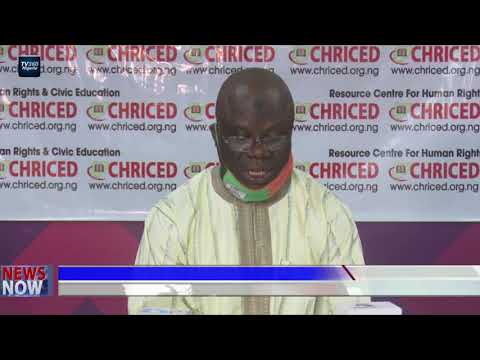 The statement noted that it is shameful that over five years since President Muhammadu Buhari ascended the Presidency on the back of his campaign mantra of change, Nigeria has continued on the hopeless and unsustainable path of fuel importation.

More worrisome he said, is the fact that the individuals who benefit from the nation’s dependence on fuel importation, will never be interested in reviving Nigeria’s capacity to refine its own products.

The statement read, “Unfortunately, the President has since capitulated, and acquiesced to this group of economic saboteurs who would stop at nothing in their bid to acquire wealth at the expense of the people of this country. The impact of this latest hike in the price of fuel will hit Nigerians particularly hard. It is coming at a time when the national currency, the Naira continues to nosedive in value when exchanged with major international currencies.

“CHRICED is of the view that a hike in fuel price is the worst decision to make at a time when Nigeria has attracted worldwide derision for being the country with the most number of poor people in the whole world. The hike is also coming at a time of galloping inflation, when millions of citizens can barely afford the basic necessities of life, including food, rent payment, healthcare and basic education.

“In addition to school fees, house rent, and other basic expenditure, the cost of other goods and services will astronomically increase. It is unacceptable that this is the same time the government has decided to inflict further suffering on the people, while it continues on the path of unsustainable borrowing through ill-conceived loans.”

CHRICED expressed concern that the government without examining the consequence for the present and future generations, has continued on the path of profligate borrowing which has had no real impact on the lives of citizens.

According to the group, when the government takes actions without reflecting on how those actions will impact the poorest of the poor, it provides the ammunition and rationale for elements, which are looking for openings, to mount a challenge to state authority.

“As such, part of the cause of the chronic insecurity in the land is the imposition of harsh decisions, which put already battered citizens in further pains and difficulty. CHRICED, therefore, calls on Nigerians to use all peaceful and legal channels to resist the government’s insistence on making life unbearable. Beyond protest, however, citizens must realize that the so-called two major parties running the affairs of the country have failed woefully. The long term solution to the insensitive and exploitative government of the APC-PDP axis of corruption is to create a viable alternative, which will be built around the interest and aspirations of the Nigerian people,” it concluded.