The Federal Government has warned that insurgents in the North-East are plotting to spark a religious war in Nigeria.

Information and Culture Minister, Lai Mohammed, says the insurgents’ latest strategy is meant to trigger a religious war and throw the country into chaos.

Speaking in a media briefing in Abuja on Thursday, he pointed out that Islamic terrorists are targeting Christians and Christian communities in Nigeria.

He tributes the Michika Local Government Area Chairman of the Christian Association of Nigeria in Adamawa State,  Pastor Lawan Andimi, who was abducted and killed by insurgents, Buhari had said that it was not true that Christians were the primary targets of Boko Haram insurgents.

He stated,  “Christianity in Nigeria is not – as some seem intent on believing – contracting under pressure, but expanding and growing in numbers approaching half of our population today. Nor is it the case that Boko Haram is primarily targeting Christians: not all of the Chibok schoolgirls were Christians; some were Muslims and were so at the point at which they were taken by the terrorists.”

The Christian Association of Nigeria’s Director of Legal and Public Affairs,  Kwamkur Samuel,  had faulted the President.

Samuel said Boko Haram from the outset did not hide their mission. “The sole purpose of Boko Haram is the killing of Christians and  Islamisation of Nigeria,” he added.

The CAN director stated that Boko Haram had wiped away all Christian communities in most local governments of Borno, Adamawa, and Yobe.

Samuel also cited the killing of Andimi and a University of Maiduguri student, Ropvil Daciya Dalep, to back his claim that the insurgents were targeting Christians.

But on Thursday, the Federal Government seemed to have changed its position as it said the insurgents had altered  their strategy because of “a renewed onslaught by our tireless military.”

The Minister of Information and Culture,  Mohammed, said Boko Haram insurgents were not used to discriminating between Christians and Muslims when they carried out their attacks in the past.

According to him, churches and mosques, Christians and Muslims were attacked without discrimination in the past.

“When they targeted motor parks, the religion, gender, ethnicity or political leaning of the victims didn’t matter, as long as they inflicted the maximum damage to lives and property.

“But in the wake of a renewed onslaught by our tireless military against Boko Haram and their ISWAP allies in recent times, the insurgents have apparently changed their strategy.

“They have started targeting Christians and Christian villages for a specific reason, which is to trigger a religious war and throw the nation into chaos.

“Apparently, they have realized how emotive and divisive religion can be when exploited by unscrupulous persons.”

The minister added, “Lest I am misunderstood, let me repeat: the insurgents, who delude themselves as Muslims whereas they are nothing more than blood-thirsty, rapacious killers who subscribe to no religion, have recently started targeting Christians with a view to sowing the seed of confusion between the two great religions.

“This did not in any way signify that they have stopped attacking Muslims. But they seem to now have a deliberate policy of attacking Christians.”

He said the killing of Andimi, Dalep and 11 Christians on Christmas Eve, among others fit into the new strategy.

Notwithstanding, Mohammed said it was absurd and unfair to those who are daily battling the insurgents to insinuate a systematic campaign to persecute Christians in Nigeria.

“The truth is that having run out of options in their battle against Nigeria, the insurgents are desperate to stay relevant, to stay in the news, hence their cowardly and senseless strategy targeting Christians, as part of their increasing resort to the use of guerilla tactics,” he said.

He, therefore, appealed to religious leaders, both Christians and Muslims, not to fall for the desperate move by the insurgents to divide the nation and weaken the resolve to deal with the insurgents the mortal blow.

He claimed that contrary to the belief in certain quarters, the insurgents were getting weaker daily due to the gallantry of the nation’s military men.

The minister continued, “The renewed vigour by the military in their war against the insurgents is paying off handsomely, judging by the victories they have recorded in recent times. These include the killing of top ISWAP leaders at two separate meeting venues at Marte Local Government in Borno State a few days ago.

“A similarly successful attack against the leadership of Boko Haram was recorded in Alafa Yagayaga in Borno earlier this month. There was also the killing of Boko Haram Chief Judge in Lake Chad.

Apart from fighting insurgents, the minister said the military had continued to carry out development programmes in the North-East as part of efforts to win the hearts and minds of the populace.

“In conclusion, we want to once again appeal to our leaders, especially religious leaders, not to fall for the antics of Boko Haram and ISWAP, who are trying to divide us along religious lines by targeting Christians for attacks.

“This is the last desperate move by a decimated and disillusioned band of killers and psychopaths to stay relevant amid constant decimation by our gallant troops. We have what it takes to come together and foil this divisive and satanic strategy.

“We appeal to Nigerians to support the military as it moves to decapitate the insurgents. Second-guessing the military at this time is like playing into the hands of Boko Haram,” he said.

The Special Assistant to the  CAN president, Adebayo Oladeji, in an interview with The PUNCH, said the terrorists had never hidden their Islamisation agenda.

He stated,  “If they attack fellow Muslims, they’re not their primary targets. They only kill Muslims who attack them, those they kill by accident. The Federal Government has not helped the matter with the perceived discrimination against Christians as manifested in the composition of the National Security Council and the lopsided appointments since President Muhammadu Buhari came on board.” 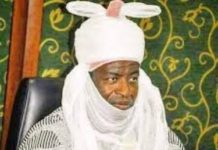 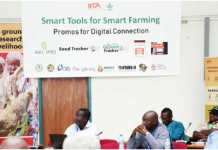 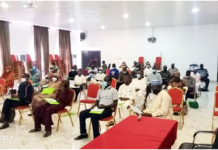 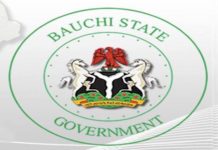