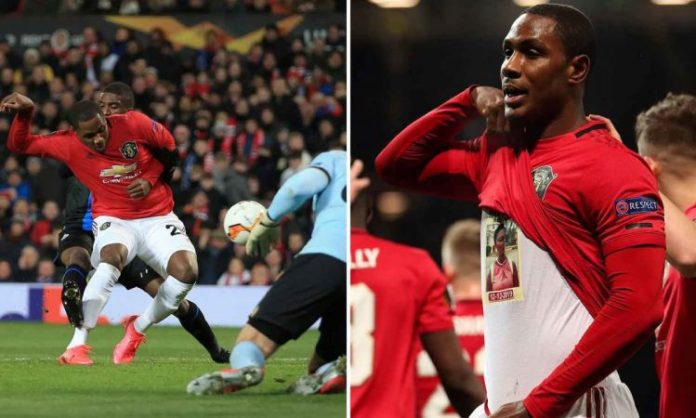 Nigerians took to social media to celebrate the first goal scored by Odion Ighalo for Manchester United since he joined the English club in January.

Ighalo, who made his first start for United because of an injury to regular forward, Anthony Martial, scored in the 34th minute, tapping in a pass from Juan Mata.

United went on to win the match against Belgian side Club Brugges with five unanswered goals and qualify for the next round of the UEFA Europa League.

The result, however, spelled the end of the journey for South Africa’s Percy Tau, whose side lost 6-1 over the two legs.

Another African striker, Pierre-Emerick Aubameyang also scored for his club side Arsenal, but the English club was eliminated by the away goals rule, having conceded two goals at the Emirates Stadium. The tie against Greek side Olympiakos ended 2-2 on aggregate.

🇳🇬 Odion Ighalo grew up supporting Manchester United. It was his dream to play for Manchester United, he’s the first ever Nigerian to score for #mufc and dedicated the goal to his sister who recently passed away. What an incredible moment for him. 👑 pic.twitter.com/EgwDFubm7R