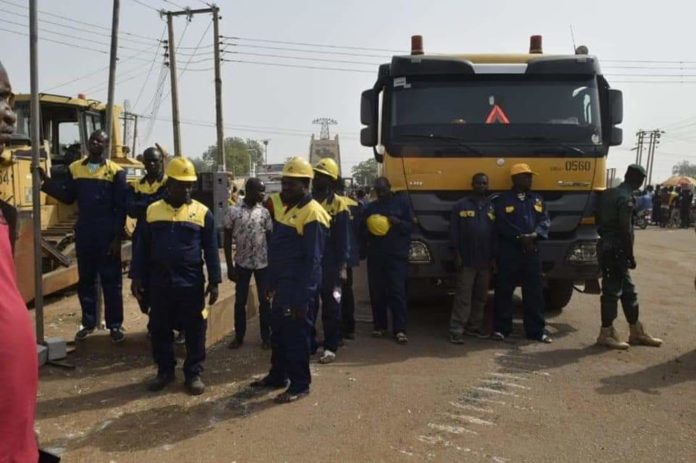 Governor Sani Bello has performed the reconstruction of the N23.9 billion Minna-Kataeregi road project, saying no society can fully develop without an articulated road network to move goods and services.

Performing the ceremony for reconstruction, the governor said it will boost the economic viability of the state.

The project according to him, when completed, would boost economic activities for all traders along the axis of Bida- Kataeregi-Minna road, adding that if goods are not moved from the farm to market, production is not completed, and also from market to other places.

Speaking through the Commissioner of Works and Infrastructural Development Engr. Ibrahim Moh’d Panti at the flag-off ceremony, the Governor explained that it would also hasten the movement of goods and services between Minna- Bida and adjoining villages.

He, however, added that the contractors have eighteen months duration for the completion of the project.

The award of the contract according to him, following the depth of neglect of the road by successive governments in Niger state despite the significance of the road which serves as the major link between northern and southern Nigeria.

On quality assurance, the governor urged the State Ministry of Works to put in place resident engineers in the project implementation committee to ensure that the project contractor applied the highest degree of professionalism to carry out quality work as specified contract wise.

The governor pointed out that the state government has constructed numerous road projects spread across the state while several others were at various degree of completion.

Responding, the Executive Director of the company, Engr. Nasir Dantata said the success of the project required the cooperation and understanding of different parties especially the communities.