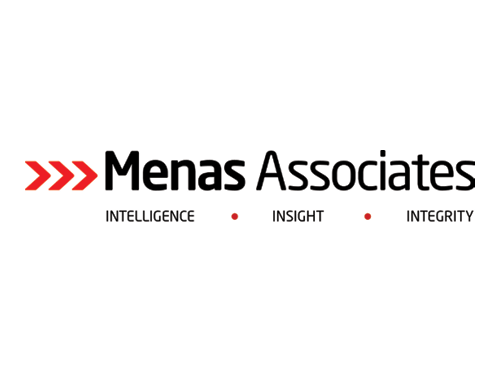 The People’s Democratic Republic of Algeria, a country in the Maghreb region of North Africa is facing bankruptcy, according to an intelligence report.

The Maghreb is, however, a sub-region of North Africa that is effectively a western part of the Arab world and is predominantly Muslim.

The region also includes Libya, Mauritania (part of West Africa), Morocco, and Tunisia, which are all member states of the Arab Maghreb Union (AMU).

Additionally the Maghreb includes the disputed territories of Western Sahara (controlled mostly by Morocco and partly by the self-proclaimed Sahrawi Arab Democratic Republic) and the cities of Ceuta and Melilla, both controlled by Spain but claimed by Morocco.

However, in its monthly intelligence report on Algeria, Menas Associates said on September 20, the Council of Ministers made a decision that suggests that it, along with President Abdelmadjid Tebboune, is finally getting to grips with the reality that Algeria is facing bankruptcy.

‘’Tebboune has given the impression that he has never grasped the country’s full economic plight’’, the report says.

Any future financial commitment to import and trade in foreign currency must now be approved by the cabinet. This is intended to encourage the consumption of domestic products and preserve the country’s dwindling foreign exchange reserves.

Tebboune has been prone to over-optimism, exaggeration and disinformation and lacks a very good grasp of the economy. He said that, because forex reserves stood at around $57 billion, Algeria still has the means to ensure its external payments and its investments.

He stressed that it could put large sums of money on the table to boost investment. He said there was no problem in taking $10-US$12 billion from reserves and making it available for investment.

In fact, there is a very big problem because Tebboune’s figures are highly misleading. Forex reserves were $57 billion in December 2019 but now stand at around $46 billion.

It will have fallen to $43 billion by the end of the year and some economists believe it will as low as $37 billion. It is very unlikely that $10-$12 billion can be used to boost industrial or other investment.

Since the 2014 oil price fall reserves have diminished by an average of $25 billion annually but this may fall to around $20 billion as a result of a tightening up on the import bill. That means that, at the present rate of decline — assuming no major recovery in the oil price, no major reductions in state spending, and no major reductions in the import bill — reserves will have reached zero in about two years’ time.

By then Algeria will be technically bankrupt and will have to seek some form of external borrowing if it has not already done so. The conditions of such borrowing will be extremely onerous and uncomfortable for the regime if it is still in power. This is what really worries the authorities and why they have now taken this drastic measure.

The latest decision on foreign currency transfers is the worst news for the Algerian Dinar and foreign transactions for more than a quarter of a century. Effectively, it ends the commercial convertibility of the dinar and returns Algeria to the practices of the 1970s and 1980s and the ‘war economy’ strategy set up in 1993. This led to the country being bailed out by the IMF in 1994.

The economy is now in deep crisis. A recent assessment by Abderrahim Bessaha, an internationally recognised Algerian expert and long-time IMF staffer, was published in El Watan on September 21. For the end of June 2020, it shows a net decline in the economic growth of 6%, a current account balance of payments deficit of 8% of GDP and a budget deficit of 18% of GDP.

For the end of the year, he foresees a decline in GDP of 6%, a budget deficit of 15.3% of GDP and a deficit on the current account of the balance of payments of 16.3% of GDP, with forex reserves standing at around $43 billion.

The government cannot do very much about these figures. Oil prices are very unlikely to rise significantly in the next two years. Subsidies can be cut and will be reduced a little over the next year or so, although many political vested interests are involved.

Subsidy cuts could lead to dangerous social unrest. With personal spending power declining significantly, retail prices are being lowered to meet slackening demand. Inflation is therefore no longer an issue. Subsidy cuts could, however, reverse that situation and make them a very dangerous political move.

As for government spending, massive cuts could be made to the lavish lifestyles and perks of the nomenklatura. But that too would be very dangerous politically. And, of course, more than US$10 billion a year is spent on the army: for many, a massive waste of money, but untouchable. That leaves raising taxes and reducing imports.

The former is both very limited in scope and difficult to implement, given endemic corruption and lack of means. Imports will be reduced, but with great difficulty and with great cost to various sectors, having a negative impact on growth.

There has been a latest attempt to cut the import bill by requiring approval, by the cabinet which has also attempted to list products that may not be imported. This will be a bureaucratic nightmare, and is likely to have a marked negative impact on economic and business activity, as well as employment.

Equally worrying are the views of Ali Bey Nasri, president of the Association Nationale des Exportateurs Algériens (Anexal). He said that there was often no intelligence in the choice of what products were to be banned from either import or export.

He cited ham, of which exports are banned, but Algeria neither produces nor consumes ham.