The migration agency of the United Nations, International Organisation for Migration (IOM) is currently busy ringing the alarm that fierce fighting in and around Nagorno-Karabakh will result in significant displacement, thus causing a severe humanitarian crisis.

Wikipedia says Nagorno-Karabakh is a landlocked region in the South Caucasus, within the mountainous range of Karabakh, lying between Lower Karabakh and Zangezur, and covering the southeastern range of the Lesser Caucasus mountains.

The region is mostly mountainous and forested.

It is a disputed territory, internationally recognised as part of Azerbaijan, but mostly governed by the Republic of Artsakh (formerly named Nagorno-Karabakh Republic [NKR]), a de facto independent state with an Armenian ethnic majority established on the basis of the Nagorno-Karabakh Autonomous Oblast of the Azerbaijan Soviet Socialist Republic.

A think tank group, Council on Foreign Relations (CFR) is already stressing that the risk of military conflict is escalating in Nagorno-Karabakh, the border region claimed by both Armenia and Azerbaijan, due to the failure of mediation efforts, increased militarisation, and frequent ceasefire violations.

In late September 2020, heavy fighting broke out along the border—the most serious escalation since 2016. More than three hundred soldiers and civilians have been killed, with hundreds more wounded on both sides.

Although UN Secretary-General, Antonio Guterres, the UN Security Council, and countries like the United States and Russia have called for an end to hostilities, Armenia and Azerbaijan have rejected pressure to hold talks.

Instead, they have pledged to continue fighting and have further escalated tensions by switching from cross-border shelling to the use of longer-range artillery and other heavy weaponry.

These recent hostilities follow a series of cross-border attacks that occurred over the summer, including four days of clashes and shelling in July 2020 that killed an Azerbaijani general and nearly twenty people. 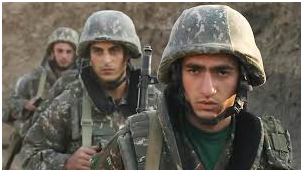 In the 1920s, the Soviet government established the Nagorno-Karabakh Autonomous Region—where 95 percent of the population is ethnically Armenian—within Azerbaijan. Under Bolshevik rule, fighting between the two countries was kept in check, but, as the Soviet Union began to collapse, so did its grip on Armenia and Azerbaijan.

In 1988, the Nagorno-Karabakh legislature passed a resolution to join Armenia despite the region’s legal location within Azerbaijan’s borders. As the Soviet Union was dissolving in 1991, the autonomous region officially declared independence.

War erupted between Armenia and Azerbaijan over the region, leaving roughly thirty thousand casualties and hundreds of thousands of refugees. By 1993, Armenia controlled Nagorno-Karabakh and occupied 20 percent of the surrounding Azerbaijani territory. In 1994, Russia brokered a cease-fire which has remained in place since.

Nagorno-Karabakh has been a frozen conflict for more than a decade, but artillery shelling and minor skirmishes between Armenian and Azerbaijani troops have caused hundreds of deaths.

Early April 2016 witnessed the most intense fighting since 1994, killing dozens and resulting in more than three hundred casualties. After four days of fighting, the two sides announced that they had agreed on a new cease-fire.

However, a breakdown in talks was followed by repeated cease-fire violations, and tensions have remained high.

The co-chairs organise summits between the leaders of the two countries and hold individual meetings. The group has successfully negotiated cease-fires, but the territorial issues remain as intractable as ever.

In October 2017, the presidents of Armenia and Azerbaijan met in Geneva under the auspices of the Minsk Group, beginning a series of talks on a possible settlement of the conflict. However, talks have yet to produce concrete results.

Because Azerbaijani and ethnic Armenian military forces are positioned close to each other and have little to no communication, there is a high risk that inadvertent military action could lead to an escalation of the conflict.

The two sides also have domestic political interests that could cause their respective leaders to launch an attack.

CFR is insisting that without successful mediation efforts, cease-fire violations and renewed tensions threaten to reignite a military conflict between the countries and destabilise the South Caucasus region.

Russia has promised to defend Armenia, Turkey has pledged to support Azerbaijan, and Iran has a large Azeri minority, which could escalate a crisis and further complicate efforts to secure peace in the region.

The current clashes are the heaviest in over four years, in a dispute that has been smouldering since the all-out war in the early 1990s, following the break-up of the Soviet Union.

In the meantime, IOM’s Regional Director for Southeastern Europe, Eastern Europe and Central Asia, Renate Held, is expressing concern at the mounting toll of civilian and military causalities.

She confirmed that the UN migration agency is keeping a very close eye on developments and stands ready to assist those in need via its missions to Armenia and Azerbaijan.

“We are ready to support with humanitarian assistance to displaced and other conflict-affected populations where we have experience and capacity to respond, in coordination with governmental, international and local actors”, Ms. Held affirms.

IOM has been present in both southern Caucasus countries for the past three decades, and had built up considerable experience in assisting refugees, displaced and other vulnerable people.

Immediately prior to the current crisis, IOM’s work focused on helping the governments and civil society to cope with the huge challenges posed by the Coronavirus pandemic.

Adding, Ms Held says, “the current situation is deeply worrying, and our concerns are for the safely and care of those who may be forced to flee.

“The elderly, women, children and disabled people would be in grave peril if they had to spend time without shelter as the bitter winter looms. We hope for a prompt, long-lasting and meaningful peaceful resolution to the current situation.” 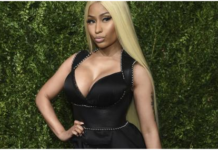