Mclaren, The Wonder in Woking

After 2 weeks in Deutschland, we must now jump over the Channel to the land of tea and scones (if you haven’t had them before, I beg you; try some with cream: its life changing!). Then we must go to a quaint town called Woking. Somewhere in the bush there, we will find what looks like a landing site/ outpost of advanced aliens. Fear not! There are no aliens here, just McLaren Technology Centre. Although, based on the stories I’ve heard and seeing the cars spawned there: I won’t be surprised.

In the world of Auto Racing, McLaren is a legend. They are the second oldest active team and the second most successful Formula One team with about 182 race wins. Chairmen like Lewis “Billion Dollars” Hamilton , Ayrton “Magic” Senna, Mika Hakkinen (The Flying Finn), Baba Niki Lauda (Super Rat) and the famous playboy and international man of mystery James Hunt “The Shunt”; were made there. At this point, I think series or movies about McLaren and its drivers should be made; lets call it the McLaren Cinematic Universe. They’ve even got their larger than life BossMan: Ron Dennis. That guy, sorry, That MAN is the full works! Hollywood, holla at me. 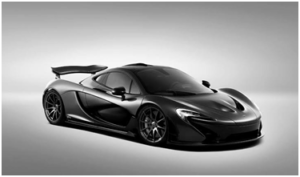 Back to the reason why we are all here, the first time McLaren dipped their toes in the road car market (1992 – 1998), they worked with the Legendary Designer Gordon Murray to produce the renowned F1, which was the fastest road car in the world for some years. It is still the fastest naturally aspirated car! The car cost a head-hurting 634,500 GBP in 1992. Today, a top notch F1 will burn a 14.5 million dollar hole in your pocket. It was a constellation of exotic materials and untethered engineering. They lined the engine compartment with pure gold to dissipate heat! The car hadonly 3 seats with the driver sitting centrally in front! It had the world’s first carbon fibre monocoque in a road car! This is what happens when you give engineers a blank cheque and lock the accountants in a prison on an island surrounded by sharks. We should do this more often. 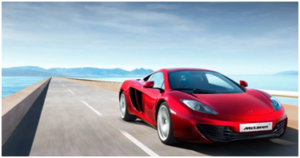 So when McLaren decided to start making road cars again about a decade ago. You can imagine the anticipation and pedigree of the car. When the MP4-12C arrived, it was stunning. It was described as being engineered to the max. It carried over Formula One tech and performance in an uncompromisingly comfortable package. It was easy to drive and beautifully elegant. But when you put your foot down, you could outrun the worries of your life. That car was a dream.

Since then, they have made more and more beautiful and powerful machines like the terrifying P1 and the enchanting Speedtail. The P1 was so exhilarating that one well known chairman called it a “Widowmaker”. The car has only one mission; go fast. At a point it was classified as one of the Holy Trinity of the car world, alongside the La Ferrari and Porsche 918. Other brands are good, even great, but it is one thing to be great and its another thing to be respected. McLaren is seriously respected.

Now that the ground work has been done, next week, I will be introducing you to the latest wonder from Woking. Thanks for reading and stay fresh.