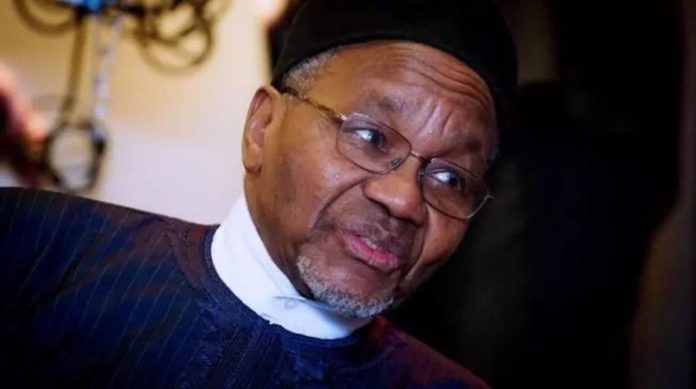 The highly influential nephew of President Muhammadu Buhari, Mamman Daura, has suggested that Nigeria needs to consider qualified candidates regardless of the region the candidate comes from in the 2023 presidency.

He noted that Nigeria had tried rotational presidency for three consecutive times and it’s now time to focus on unity and not regions.

Mamman Daura made the suggestion in a rare interview he granted the Hausa Service of the BBC, which was monitored in Abuja, on Tuesday.

He said: “Rotation has been done once, twice and three times; it is important that this nation is united as one; the most qualified/competent should be elected and not someone who comes from a particular zone.”

The 80-year-old Daura is widely believed to be the powerful man behind the throne, many claims most powerful decisions by the president are influenced by him.

First Lady Aisha Buhari gave life to the claim several times, and last year directly accused the Daura family of tormenting her at the Presidential Villa.

However, Mamman Daura dismissed the claims in the interview with the BBC.

When asked about his relationship with Buhari, he said, “He is my uncle; he is my father’s younger brother. My father is the firstborn of their mother and General Buhari is the last.”

“Yes, I usually go and visit and offer advice. If he asks me, I offer advice, but I don’t just go and tell him what to do; you don’t do that with the government.”