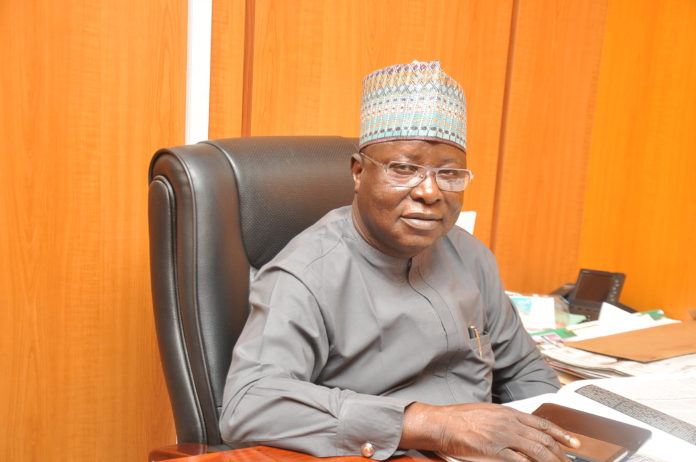 In this interview, Aaron Artimas, spoke to The News Chronicle’s EKPEDEME UMOH and VICTOR GAI, Editor and Assistant Editor respectively, about the construction of the 48-year-old moribund 3050 mw Mambilla Power Project which has finally taken off. Stakeholders say it has huge economic, social and political implications for the host state and the nation too.

TNC: The Mambilla Power Project has just been flagged off, why has the project not commenced all this while?

AA: Well, I don’t want to be misconstrued that we are criticizing past leadership in Nigeria, but we know that there have been projects in Nigeria that have were initiated many years ago on paper but were never actualized, and Mambilla Hydro Power happens to be one of them. If the project takes off today, it goes to attest to the integrity of President Muhammadu Buhari. In the past, without specific mention of any regime, statements have been made to the effect that certain projects have been completed but when you go to those sites, you will not find anything.

But fortunately, we have a president that matches his words with action. He promised to deliver this project because Nigerians say they need power and one of the projects that have the highest potentials to provide power to Nigerians is the Mambilla Hydro Electric power. What we came to understand when we started under the current Minister for Power, Engr. Sale Mamman, is that some of the information earlier given were not actually true.

He made that known clearly as all part of the honesty that he has cued into the President’s integrity code. We were made to understand that in the past few years, there were some arbitrations concerning that project fortunately, all those arbitrations have been concluded and then the loan itself; the China EXIM bank had to be sure itself that there were no legal entanglements that would sabotage the project. So due diligence was done to ensure that their investment will not be wasted.

The project was redesigned to bring it to reality. It used to be about 5000mw but they have done a review to its real capacity to about 3800mw of electricity. So the money that was initially designed as the loan was consequently reduced to about three billion dollars. So you can see that the project is highly realistic. As we speak to you now the federal government has already paid money to the state government for survey activities. After the survey, the landowners will be identified, the communities and individuals will be identified and they will be paid compensation and then the contractors will be moved to the site. So, now I can say the Mambilla Hydropower project is now a reality.

TNC: The Minister for Power is a Taraba State indigene, while the sitting governor of Taraba State was also a one- time Minister of State for Power. Will you say that there is enough synergy to ensure the success of the Mambilla power project?

AA: Of course that is the biggest joy because this project is the baby of the entire people of Taraba. We know that 3000mw of electricity will revolutionize power in Nigeria. I want to tell you that these two personalities, Gov. Darius Ishaku and Engr. Sale Mamman, have established a strong code of respect and solidarity to ensure that this project is delivered to Nigerians.

They have laid aside politics. That is why during the stakeholders’ meeting, there was a robust relationship and commitment from both sides.  Taraba state has a Ministry for Power that is coordinating and collaborating with the Federal Ministry of Power to deliver the project. We have a technical committee from the Ministry of Power working with officials of the Taraba state government. As we speak, they are on the Mambilla Plateau with the surveyors carrying out activities.

The governor took steps to bring all traditional rulers and community leaders of the Mambilla Plateau together, and appealed appeal to them to give maximum cooperation to the project; especially on the issue of land compensation.. The governor has assured that since this project is in the interest of the nation, no stone will be left unturned to ensure that it becomes a reality.

TNC: Security is a major concern in Taraba state; what are the plans in place to deal with the issue as the project commences?

AA: Well, security is a national problem as we speak today but I am glad to tell you that in the last one year there has not been any serious case. One of the most peaceful areas of Taraba is actually the Mambilla Plateau. There was, of course, the unfortunate crises some years ago, but those crises have been settled and in fact, those crises did not affect the area where the dam will be located. There is tranquility in the area and the people are highly enthusiastic and you know the benefit of a dam in an area is huge because there will be massive employment. Some of the problems of insecurity lie in unemployment. The project will employ thousands of people and keep them busy.

There is no question that this dam will also solve the problem of insecurity in the area it is going to be sited. For now, there are no protests because the government has a plan to compensate people fully and then relocate them to areas where they will be secured. We don’t anticipate any problem; we don’t have any rumour of breakdown of law and order or disagreement over this project because people have been waiting for this project for over 40 years!