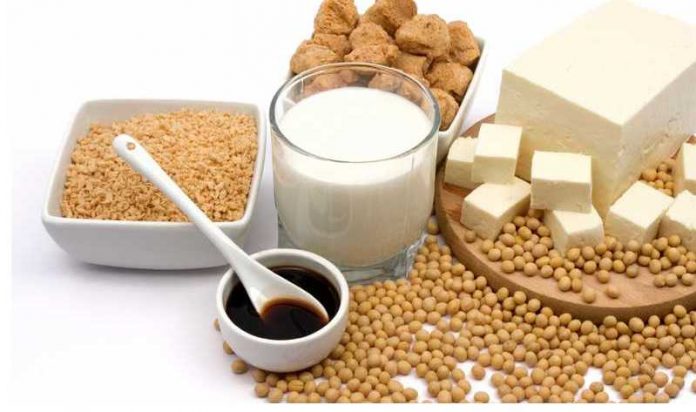 You have seen soy or its variants everywhere; from food to hair care products. You know it’s a good source of protein, but is it healthy?

Native to Asia, Soy is a type of legume harvested in pods. It has become the main ingredient in a wide range of products we use. Though you may not describe your diet as soy-based, its ingredients are found in more than 60% of packaged and processed foods.

Soy milk is a popular dairy replacement, soy sauce is a staple in Asian cuisine, and tofu is common in most healthy diets. It has become an additive in breakfast foods, protein products, and breads. It is a common meat substitute for burgers and hot dogs in the vegetarian community.

Proven research supports its benefits, while new studies may show the dangers of soy. So, what is real?

Japan and China are countries that have always been known for their high soy consumption. Their populations have lower rates of heart disease and various cancers than Western countries. The average daily soy intake in these Asian countries is 9 to 10 grams.

But the controversy began in the 1940s with a study recorded in the Australian Veterinary Journal. Soy was found to contain isoflavones; naturally occurring estrogenic compounds that may cause negative effects. The study indicated that sheep who grazed on isoflavone-rich clovers experienced fertility issues and breeding problems. Current scientists are also exploring the possibility of isoflavones stimulating the growth of breast cancer cells.

The fact that 90% of all the soy produced is a GMO (genetically modified organism) may be problematic. Some GMO soy products have been found to contain residue from glyphosate, a globally used herbicide, which detracts from its nutritional profile.

With soy being present in popular health-conscious items like cereals, smoothies, and energy bars, researchers worry that too much soy might be dangerous. Continued research hopes to provide a more accurate insight into the benefits and side effects of this contentious Asian bean.

Is soy good for you? The positive effects of soy include:

Increased fertility: In one study, women who did not have a period in six months were given 6 grams of black soybean powder daily. This resulted in their gaining higher rates of ovulation and menstrual cycles. Another study found that fertilization rates and clinical pregnancies are higher in women who ate more soy-rich food.

Menopause symptom relief: When estrogen levels decrease during menopause, women can experience symptoms like hot flashes, night sweats, mood swings, and vaginal dryness. Soy can act as a natural estrogen when isoflavones attach to the same receptors as female estrogen in your body, lowering these effects. In as many as 35 trials, soy isoflavone supplements were proven to raise estrogen levels in postmenopausal women by 14%.

Research has surfaced about the dangers of soy. Exposure to soy may cause:

Poor thyroid function: Your thyroid is in charge of converting iodine into hormones that regulate the metabolism of every cell in your body. Soy contains goitrogens, which can block iodine absorption, negatively impacting your thyroid function. Though, 14 separate studies concluded that soy had little to no effect to thyroid function, as long as those suffering from hypothyroid disease have adequate iodine intake.

Baby developmental issues: The dangers of soy in the baby food industry have been widely debated. Infants in developmental stages are more sensitive to hormones like the estrogen found in the isoflavones of soy-based formulas. Though this may pose a risk, no specific health problems have been found.

Does soy cause cancer? Many breast cancers need estrogen to grow. The cause for concern is the isoflavones found in soy and their ability to act as a natural estrogen. For this reason, the theoretical connection between soy and breast cancer is arguable.

Yet, one Japanese study, that included more than 24,000 Japanese women, opposes this theory. Covering 10.6 years of the subjects’ lives, the study concluded that the women who had the lowest rates of breast cancer were the ones who had the highest levels of isoflavones.

Furthermore, the isoflavones found in soybeans are one-hundredth as powerful as natural female estrogens. The safeties of capsules that contain soy isoflavones are still inconclusive. If you’re taking soy supplements for menopausal symptoms, consult with your doctor.

Researchers are still studying the possible connection between soy and breast cancer. Two issues remain: whether soy supplements may be harmful and whether soy products interfere with breast cancer treatments.

Why? The soy isoflavone genistein may render your medication less effective.

There is weak evidence from various animal tests about the dangers of soy. Human trials suggesting that soy may lead to breast cancer, weak thyroid function, and seizures are inconclusive.

Soy can improve fertility rates; relieve menopause symptoms, and lower cholesterol levels. But the key to any healthy lifestyle is keeping everything balanced. So, just consume it in moderation. Whether whole, fermented, or however prepared; enjoy soy!