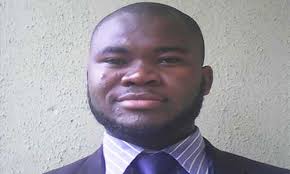 Being an activist is many times, a divine call, in my humble view and this is to the effect that justice is always your goal as an activist and not influenced by personal or selfish motives. However, today, there are many individuals or persons who hold themselves out only to gain some form of publicity by tagging themselves ‘Human Rights Activist’. They even register a non-governmental association with a fake claim of championing the fight for human rights. It is also likely that the severe economic hardship has been the influence behind this sudden deviation from the path of a human rights activist. Having observed the works of some acclaimed activists in Nigeria of nowadays, this paper is inquiring whether a politician is or any person influenced in one way or the other as said above is actually a human rights activist?!

Human rights have been said to be inviolable and inalienable rights of man, even God Almighty has by nature conferred some basic human rights on man, such as right to life, right to freedom of expression, right to freedom of liberty, right to the dignity of human person, right to freedom of association, right to conscience and religion, among others. Under the Nigerian Constitution, 1999 (as amended)-herein after referred to as the Constitution-, some of these rights have been codified in Chapter IV of the Constitution and are referred to as the ‘Fundamental Rights’. Some human rights have been termed ‘socio-economic rights’ and have been codified in Chapter II of the Constitution which are generally (except in some certain exceptions) unenforceable or non-justiciable in our courts. The international laws on human rights have gone to recognize the importance of human rights by, first of all, having agreed as a treaty of member States or as a contract under the African Charter on Human and Peoples’ Rights and the United Nations Universal Declaration of Human Rights, 1948. Also, there are International Socio-Economic Rights which in my humble view, become binding on Nigeria (notwithstanding the Chapter II of the Constitution) by virtue of Nigeria signing same into law, which then makes same to become part of Nigerian laws.

Those rights provided under Chapter IV of the Constitution are as follows: right to life, right to dignity of human person, right to personal liberty, right to fair hearing, right to private and family life, right to freedom of thought, conscience and religion, right to freedom of expression and the press, right to peaceful assembly and association, right to freedom of movement, right to freedom from discrimination, right to acquire and own immovable property anywhere in Nigeria, compulsory acquisition of property (i.e. its limits) and the restriction on and derogation from those fundamental rights as well as Special jurisdiction of High Court and legal aid. While those rights are specifically guaranteed under Chapter IV of the Constitution, other international human rights laws have them provided in Articles, for instance, the African Charter on Human and Peoples’ Rights and the United Nations Universal Declaration of Human Rights, 1948. Provision of those human rights guaranteed under these laws is not just for fancy or camouflage rather, occasions in the past had justified their guarantee in our organic or Supreme laws for the purpose of safeguard. Victims and of course, past heroes of local and international communities had actually fought and paid with their lives and body through injuries sustained when those human rights were not guaranteed, the situation which gave rise to those rights to be guaranteed in every Constitution of every country and in international laws as a matter of importance.

In Nigeria today, only God Almighty knows what influences some of our so acclaimed human rights activists who engage the government in battle either of words and or of physical confrontation. I am of the reasoning, with due respect, that human rights activism has been confused and misconstrued for other specific activities such as political activism, environmental activism, among others. I observe that some of those acclaimed human rights activists are likely to be out to look for cheap publicity and financial rescue. You see them not even out to speak anymore once they get the opportunities that they seek. To them, being a human rights activist is an opportunity to take advantage of. I have seen some of them challenging the government in power for one influence or the other. For instance, while their desired political party is not able to win the election, they come about with activism to fight the government in power and accuse such political party in power of violation of human rights. Also, there are those who use the basis of ethnic, race, territory, religion, etc., as a basis to call for fight against a government in power! The question is ‘what is actually the intention of such person?!’. What does such a person actually want to achieve by voicing his anger to frustrate the positive efforts of a government in power?! 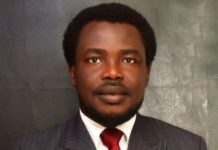 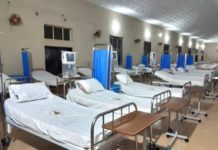