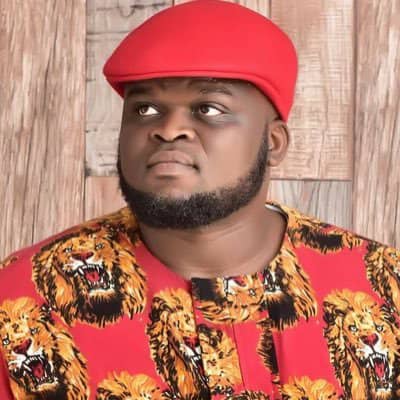 What looked like a small quarrel might soon blow up into a volcanic eruption between the Federal Government and the Academia. The lecturers this time are not demanding that the 2009 agreement be implemented; neither is the baying for blood over some allocation here or there, no! ASUU is simply rejecting the extension of the Integrated Payroll and Personnel Information, IPPIS to them as a body. Like the name goes, IPPIS seeks to capture all persons working under the aegis of the Federal Government under a unified pay roll system. This will obviously eliminate the issue of ghost workers and the huge loss of government resources. It is a progressive policy or should I say initiative by the Federal Government, one worthy of commendation.

But the Nigerian academias have in turn opposed the initiative; such opposition benumbs one’s thinking initially, raising questions as to why would ASUU reject an initiative as noble as this? Is ASUU now a stumbling block to the progress of the nation? Should such a process and scheme not receive ASUU’s loving embrace and support?

Yet ASUU feels otherwise, and here are its reasons which I feel are germane enough to warrant such resistance.

First of all ASUU has the salient argument that they are not civil servants: this is indeed true as I recall whilst receiving my History of Education lectures from the late Reverend Father Dr. Onwueme, in the then revered lecture halls of the University of Benin, one concept that struck me was that of Academic freedom, which is simply the conviction that the freedom of inquiry by university lecturers is essential to the to the mission of the academia or university as well as the principles of academia, and that scholars should have freedom to teach or communicate ideas or facts without being targeted for repression, job loss, or imprisonment. Universities are run under governing councils and not the Federal Government per se; it is these councils that the lecturers are answerable to, the essence of university autonomy. One, may agree with ASUU in this line, as ASUU enrolling itself into such a process would make it an extension of the civil service, this you will agree with me will not mean well for the nation’s academia, bad as it seems now, imagine where the academia comes under a unified payroll system?

Again, ASUU insists that the unified payments system would adversely affect the situation where universities like ours which are in dire need of the presence of visiting scholars from the far ends of the earth would be affected. How would these visiting scholars be captured by IPPIS, given the nation’s penchant for red tapism, would this not affect the exchange of ideas such a practice was meant to encourage? Come to think of it, why would a visiting lecturer from say Australia come to teach in say Awka and then first have to stop at Abuja to register with IPPIS?

Let’s look at our teaching hospitals, the medical doctors who work there as consultants receive a payment commensurate with their training as doctors, as what the university pays them cannot meet their basic salary requirements, so the time they spend in the teaching hospitals, treating patients and teaching medical students is paid for, ASUU is saying that IPPIS does not capture such, should it acquiesce to enroll with IPPIS then we would have a brain drain in our teaching hospitals, something we as a nation cannot afford.

To the two issues raised earlier, I think the Federal Government can deal with such by creating another platform that would serve the university system alone. A separate platform for such will check such excesses and still guarantee university autonomy. ASUU, it seems Is not against progressive ideas or ridding the system of corruption, nay, it simply is against lumping it with the civil service.

One must then implore the Buhari administration to see reason with ASUU and create a leeway that will essentially engage ASUU and still achieve the anti-corruption objectives of this government. I am with ASUU on this one!