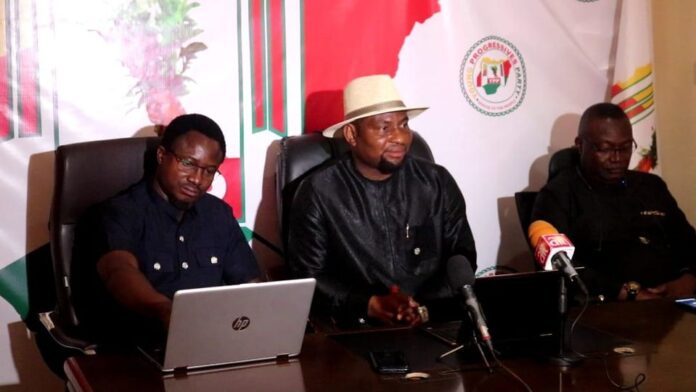 Following the deteriorating state of insecurity in the nation particularly the recent killing of 43 farmers in Zabarmari, Borno State, the Young Progressives Party has unveiled a 6-point demand and solutions to forestall further killings.

The Party in a press conference on Thursday by its National Chairman, Bishop Amakiri said the killing of the farmers “has brought again to the fore the need for urgent intervention by all critical stakeholders in project Nigeria so as to nip in the bud the rising spate of insecurity in the nation”.

Amakiri averred that “Even more worrisome is the insensitivity of President Mohammadu Buhari led APC in addressing the obviously degenerating security situation, which has led to the untimely death and displacement of thousands of innocent Nigerians. It’s indeed sad that due to this high-level insensitivity in responding to our security challenges, Nigeria is currently ranked as the third most terrorized nation in the world”.

The Chairman expressed worry that “A bigger problem is looming if we don’t act on time as the effect of our farmers’ inability to go to their farms due to being targeted by the dreaded Boko Haram terrorists and bandits in most parts of the north will most likely lead to unprecedented nationwide food shortage with all its attendant consequences such as hunger, malnutrition and death”.

In view of the development, the party made the following demands and proposed solutions: