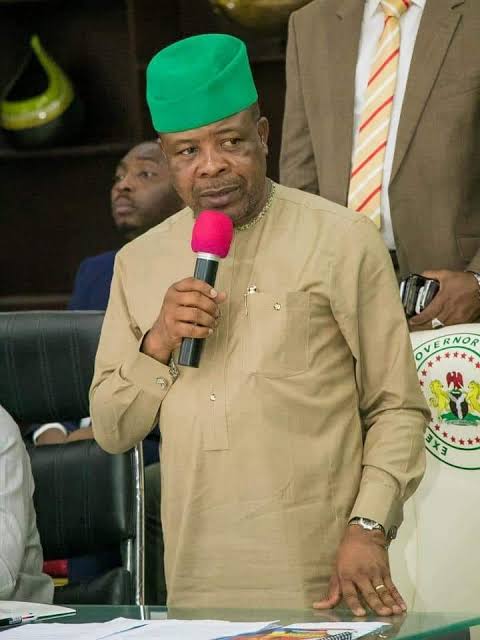 The immediate past Governor of the state, Owelle Rochas Okorocha had named the street after former South African President Jacob Zuma, a development that did not go down well with the majority of Imo people.

In a statement made available to journalists in Owerri, Imo State, the Group said the gesture by Governor Ihedioha signifies a paradigm shift in the administration of the State.

The statement signed by Chairman Board of Trustees of HURIDE, Dede Uzor, and its Chief Media officer, Mazi Unah Zack said Chief Amechi was one of the foremost nationalists who fought for the independence of Nigeria.

It said, “it is rather unfortunate that the former Governor instead of recognizing elder Statesmen, preferred to honour foreigners whose lives and disposition had no bearing on Nigeria’s political and economic development.”

The group, however, took a swipe on Governor Ihedioha for allegedly failing to pay December salary to aged Imo State women street sweepers.

“These women said to be numbering over 500, between the ages of 50 to 70 years, have been working hard under the scorching sun to keep Imo State clean but were left to celebrate Christmas without their December 2019 salaries. Governor Ihedioha should as a matter of urgency, apologize to the women and their dependants and the entire Imolites for this embarrassment and endeavor to pay them their salary in the next five days,” the group said.

It warned that if after five days, the women are not paid, it would mobilize its members in the South East and South-South regions to occupy Imo State until the Governor addresses the problem.