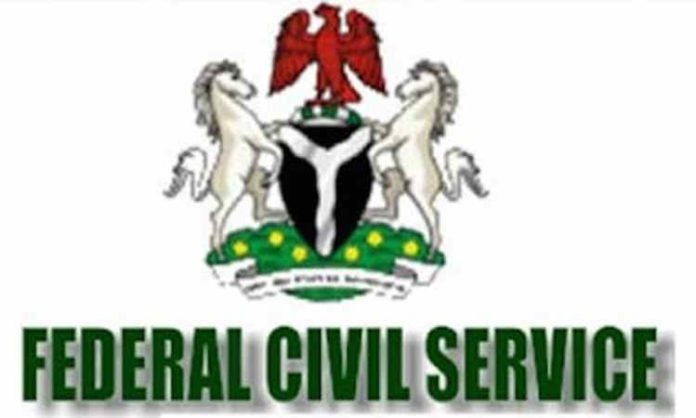 This is not the best of times for the Nigeria’s Federal Civil Service. As things stand, several factors have combined to dampen the morale of many hardworking career civil servants who, for no fault of theirs, may never reach the pinnacle of their career. At issue is the suspension (some call it abrogation!)  of the tenure limitation policy by the administration of President Muhammadu Buhari.

Last month, the president indicated that he was not about to lift the suspension when he extended the tenure of seven ‘’lucky’’ federal permanent secretaries by one year with effect from October 1, 2019. The president action is covered by Section 171 (2) d of the 1999 Constitution of the Federal Republic of Nigeria Four beneficiaries of the presidential gesture had literally cleared their table as they were due to retire in a matter of days before they had their tenure extended.

As it was in 2016, mum has been the word from the Nigerian Labour Congress, NLC. As if workers’ welfare is all about money, labour leaders continue to look the other way as frustration takes the front seat in the federal civil service. Rather than blowing gaskets over more money in the system, labour leaders will, perhaps, begin to insist on justice and fairness for wokers. As we talk, and baring a presidential intervention, another round of industrial action, still over more money, is set to grip the nation.

Coming at a time federal ministers were assigned their portfolio, Nigerians may be excused in their reasoning that tenure extension ensures some semblance of continuity in the polity. That, precisely was how the presidency rationalised the action.  ‘’The decision’’, a terse presidency statement said, ‘’ was premised on the need to ensure that the new ministers are properly guided (and) briefed about their sectors and to ensure that a solid foundation is laid for the delivery on the presidential mandate which they jointly signed.”  Really?

Fresh on the job in 2015, President Buhari evaluated the federal civil service and felt the need to offload 15 permanent secretaries. Barely one year later, the president reversed himself when he extended the tenure of Mrs. Jamila Shua’ara, then permanent secretary in the ministry of petroleum resources. It was a policy somersault that sounded the death knell of the tenure limitation policy. With a presidential shield around her, Mrs. Shua’ara not only scoffed at several invitations from the federal House of Representatives but went on to serve out the one-year extension that ended in February, 2017. A House resolution that urged the retrieval of the ‘’illegal’’ 12-month emoluments paid to her was never enforced.

Expectedly, the president’s latest action has triggered Nigeria’s normally-vibrant rumour mill. Since the action, snips from the media have suggested that the president must have been wrongly briefed by his top aides who too might have succumbed to intense pressure from the beneficiaries. What actually happened may never be known but the immediate result of the action has been outright gloom on the part of long-serving officers who may be forced to stagnate and whose dream of reaching the peak of their career may never be realised.

Top on the fears of many is that a reversal of the tenure limitation policy may return the federal civil service to its better-forgotten chaotic and nepotic past which allowed for all manner of people to be imported into the service and when appointments, promotion and discipline of officers were decentralized. Ordinarily, it takes an average civil servant a maximum of twenty-seven years to become a director but the system was so unwieldy to the point that importees became directors in the Federal Civil Service few years after graduation. Frustration was mainly the order then because qualified civil servants could not advance due to absence of vacancies.

From any angle it is viewed from, reversing the tenure limitation policy is a no-win situation for the country. Indeed, any policy that will make the federal civil service top-heavy, especially at a time government should be conserving funds, is not desirable. From any angle it is viewed from, it is a no-win situation for the country. As an illustration, the salary of a director at the peak of the ladder could hire a minimum of six fresh graduates. Such new entrants will rekindle the system and will be prepared to work hard and prove their worth. The tragedy of the reversal is that young graduates will continue to be denied an opportunity to serve while the nation will continue to pay those who, ordinarily, should have been offloaded from the system

The Federal Civil Service inherited by President Olusegun Obasanjo in 1999 needed urgent surgical operation. Upon his re-election in 2003, President Obasanjo set out to rejuvenate the service with the establishment, in February, 2004, of the Bureau of Public Service Reforms, BPSR, which was mandated smoothen the civil service. Basically, the Bureau was charged with checking nepotism in the service by preventing young entrants from becoming directors or permanent secretaries overnight and check career stagnation of older civil servants which results when officers over-stay their tenure.

In essence, the tenure limitation policy effectively allowed for seamless outflows from the service in addition to creating vacancies at the highest level of the federal civil service. The policy limited the tenure of directors and permanent secretaries in the federal civil service to two terms of four years and, while operational, it seamlessly ensured that qualified civil servants never had cause to stagnate; they could become directors and permanent secretaries after passing necessary competency and qualifying examinations. For most civil servants, the tenure limitation policy was a tonic of sort.

Reversing the tenure policy will push merit to the background. Under the tenure policy, civil servants who stagnated were those who were not good enough to be in the federal service since they could not pas necessary qualifying examinations. It is now going to be an all-comer’s affair and pedestrian factors are going to determine who moves fast on the ladder. By the composition of the federal civil service, it will no longer be surprising to see some serving permanent secretaries holding office for another fifteen years.

The tenure limitation policy should be allowed to function. After all, it was another human contraption that was introduced to correct certain abnormalities in the federal civil service. Like all human deigns, the policy must have its flaws but throwing it overboard and taking the service to its dark past is not the way to go. Except, of course, there is truth in the  allegation that reversing the tenure limitation policy was designed to import all manner of persons, especially from the private sector, into the federal civil service in order to dislodge senior civil servants.

Will that promote harmony in the service? Or, kill it?!