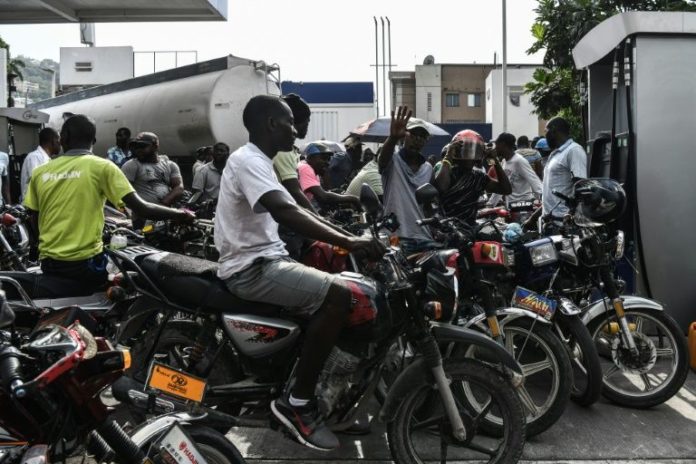 Haiti came to a standstill Monday with no public means of transport available.

Banks, government offices and schools were closed amid protests over fuel crisis in the capital , Port-au-prince.

On Monday, students were seen walking back to their homes, during a day of tension in many parts of the Haitian capital.

“Here in Haiti we are in a inhumane situation. We cannot stay in this situation. We must get rid of this government, that is the reason why we are in the streets protesting”, an angry protester said.

Another said “we want President Jovenel Moise to leave. He has not done anything for us. Today is Monday, and the school is (not) open, and you see me, a parent, standing there burning tires, and I don’t have the means to send my kids to school.”

On Sunday, protesters burned tires and barricaded streets in the Haitian capital, demanding that the government resolve the fuel crisis, which had lasted for over three weeks.

The government owes fuel suppliers about $100 million in past payments. And so suppliers have refused to deliver petroleum products. Thus residents are bearing the brunt.

The Haitian government must now pay more money for petroleum products, including gasoline.